Out of 877 submitted projects form 47 countries for the AIT Award 2020 | Best in Interior and Architecture, Josefhof health facility is one of this year’s finalists in the category Health and Care.

This project weaves the building into the landscape – The essence of a place that aims to create an atmosphere of harmony between nature and people. The design is based on an orchard meadow typical for the region. Three narrow, elongated structures are set into the arena-like topography in such a way that the buildings sometimes appear to hover over or be embedded into the terrain. The landscape flows through the building. Atria reflecting the planted orchard meadow underline this creative objective.

The rankings will be announced on 30 September 2020 by the jurors and the AIT in the context of a festive award ceremony in the presence of the nominated architectural offices and interior designers. 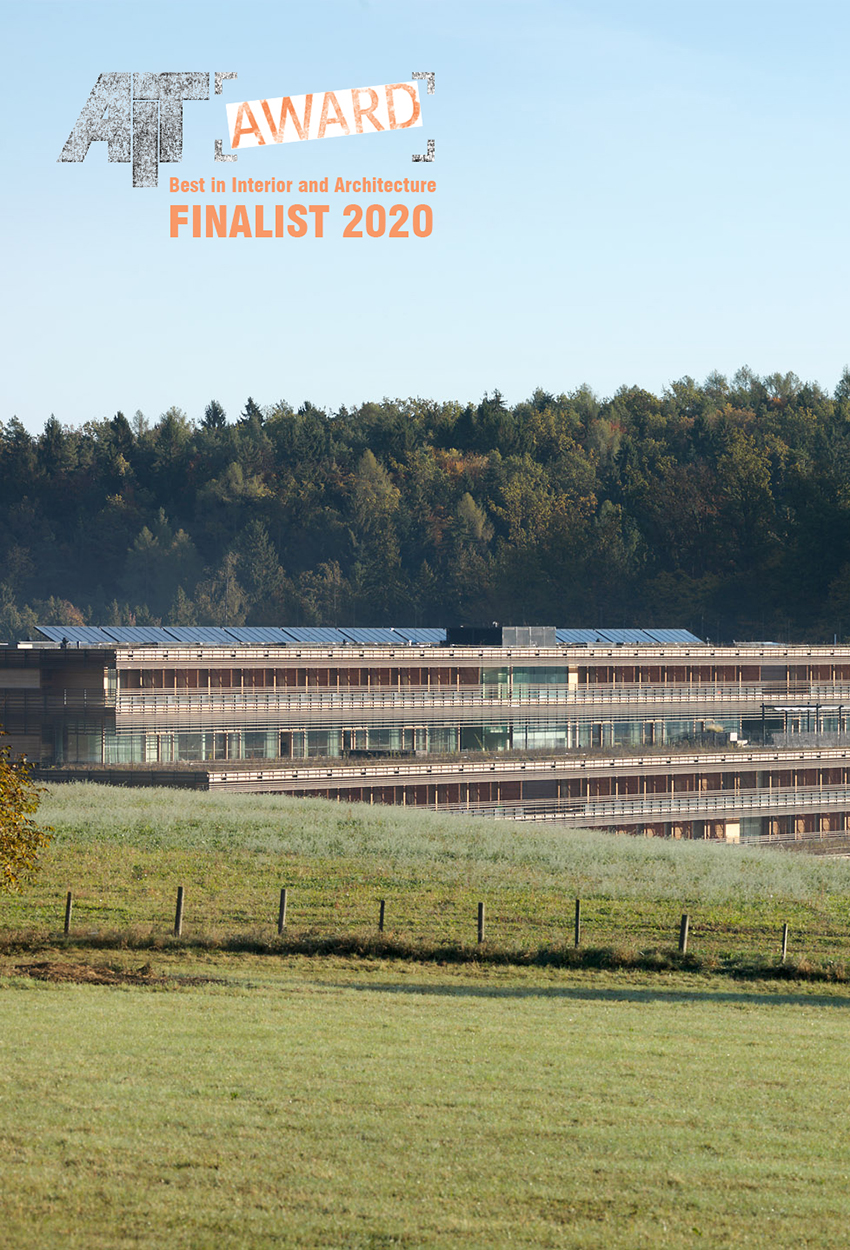