In the course of a ceremony followed by a blessing, another milestone of GGZ in the was officially opened with the new facility in addition the Peter Rossegger nursing home in the west of Graz. The attractively bright rooms, furnished with lots of wood and other natural materials, were already occupied at the beginning of August. And so numerous residents mingled with the opening guests – a situation that GGZ and the team of architects around DI Dietger Wissounig had also wished for: “The house is open. As many people as possible should come in and meet.”

Gerontologist and name giver Prof. Dr. Erika Horn among the representatives of politics, the developer, the architectural firm, Lebenshilfe and the GGZ.
Photo: City of Graz/Fischer 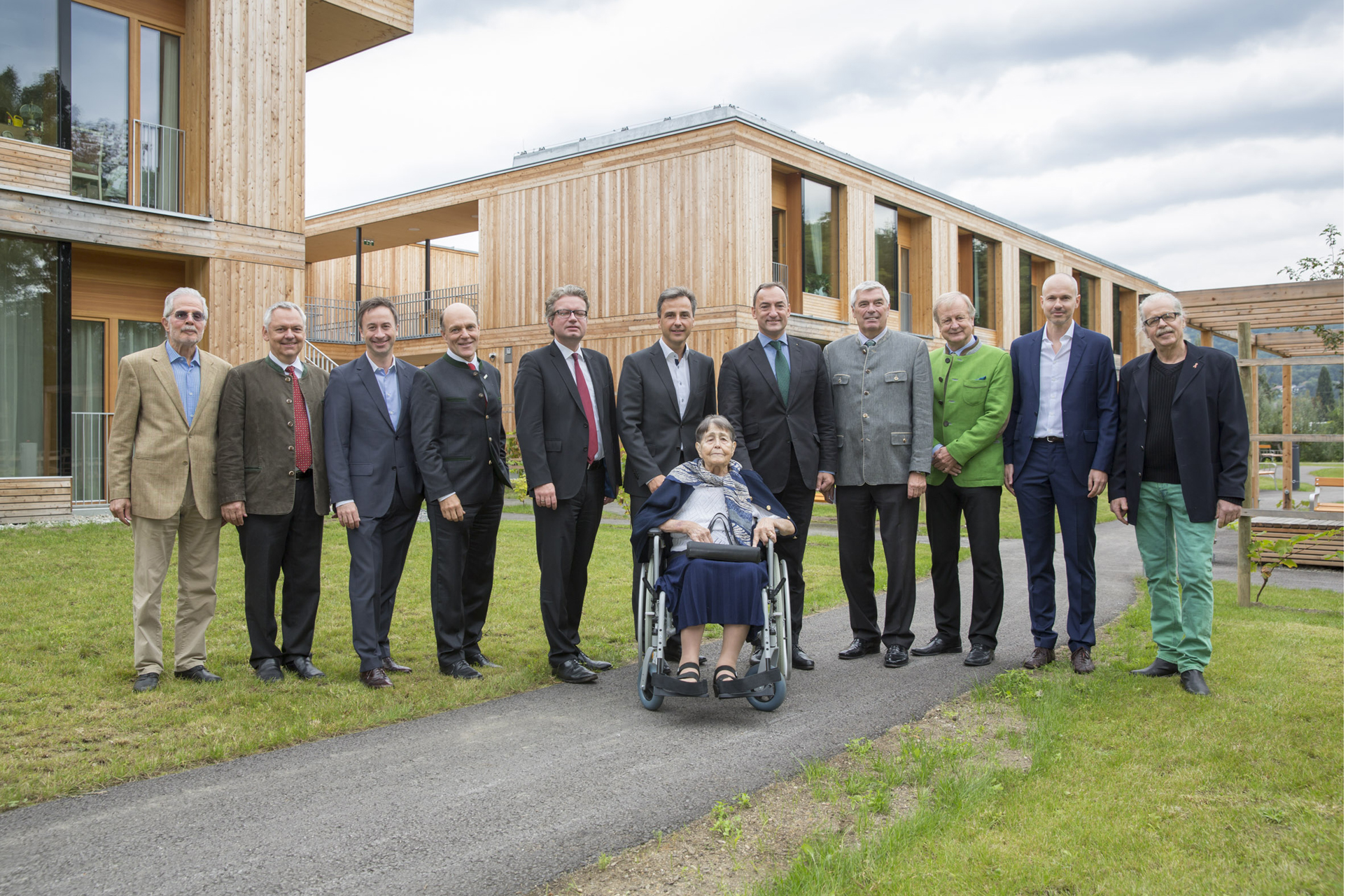