The building site, located directly on the banks of the Danube, is a particularly attractive location for the planning of the new Via Donau administration building, where an energetically and ecologically high-quality building is to be constructed. The design envisages positioning the two-storey, elongated structure at the northern end of the planning perimeter, continuing the longitudinal axis of the Schopper Halle. The historical ensemble is complemented by a simple and at the same time self-confident intervention in response to the scale of the site.
From a distance, the elevated structure appears to be an abstraction of the historic production hall with its gable roof, floating slightly above the ground. Seen from a distance, the building appears as an expressive body and thus impressively represents the new location of the Via Donau. The closer one approaches the building from a different angle, the more the supposedly homogeneous shell dissolves into a fine skeleton of vertical lamellas. Similar to the arrangement of frames in boat building, house-high frames are lined up serially. In contrast to the expressive effect from the outside, a beautiful view from the inside is guaranteed by the high transparency in the transverse direction towards the Danube.
The supporting structure of the building is reduced to an economical and very economical way of building. The structural principle consists of the serial arrangement of steel frames combined with stiffening wall panels on the front sides and supporting elements. On the two long sides of the façade, the static system is represented on the outside by surrounding vertical wooden slats or wooden frames. The horizontal window strips recede into the background. The concept for the outdoor space design provides for a qualitative upgrading of all existing open spaces by offering seating and colourful, shady planting. This is intended to create stimulating areas of outdoor communication and exchange. 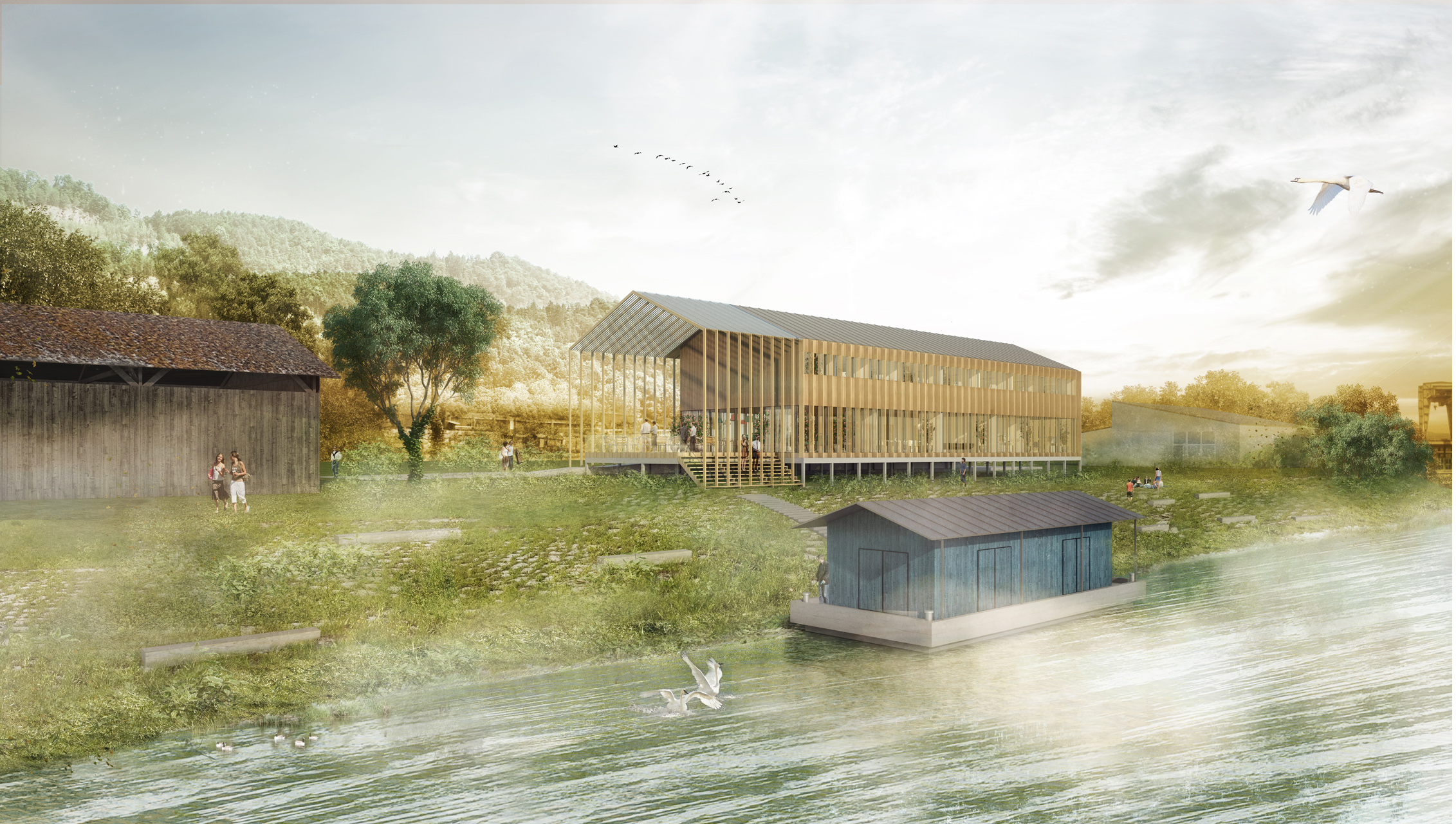 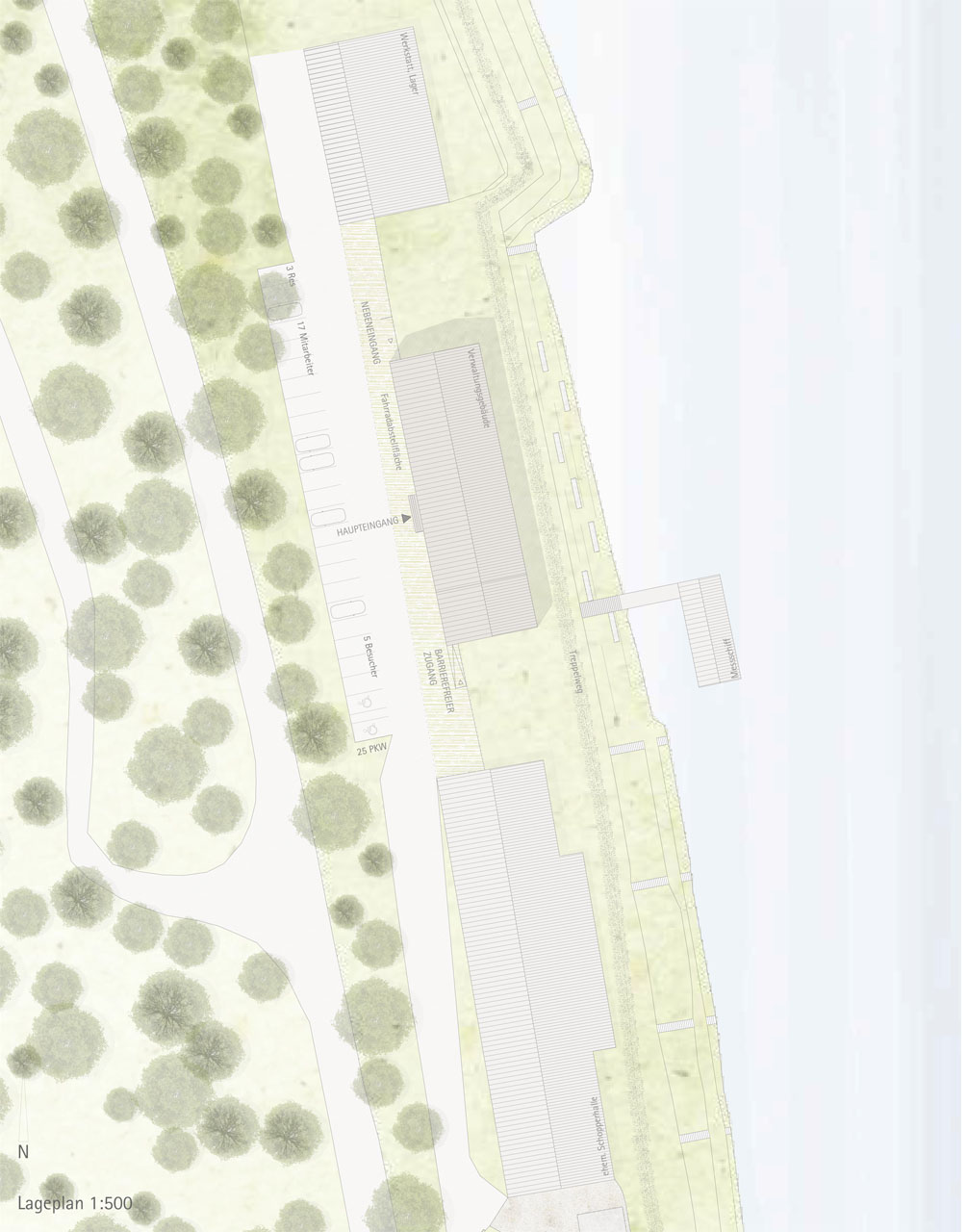 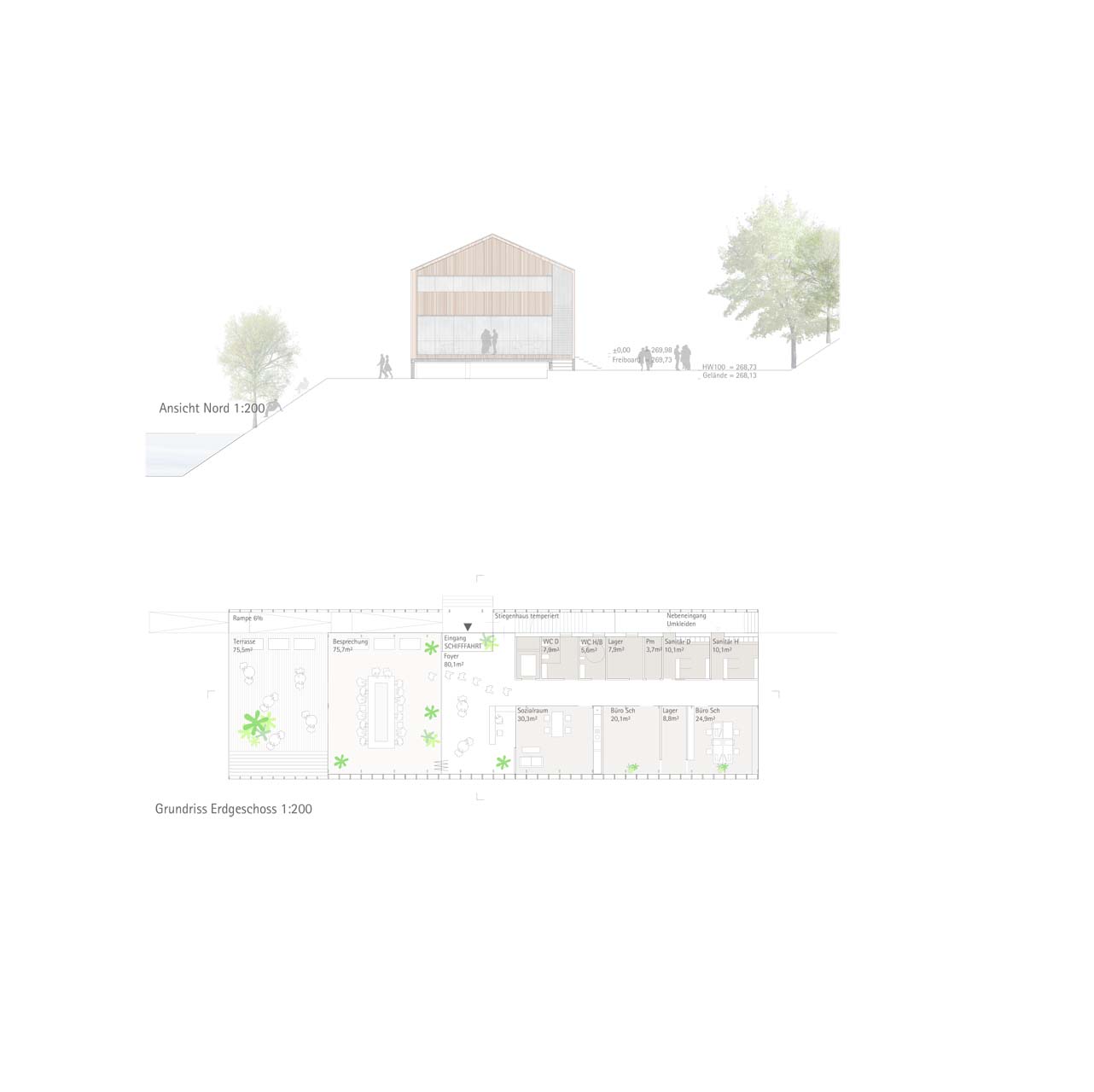