In the presence of Governor Hermann Schützenhöfer, Provincial Councillors Ursula Lackner and Christopher Drexler and Mayor Siegfried Nagl, the groundbreaking ceremony for the conversion and expansion of the Barmherzige Brüder Graz Hospital at Marschallgasse 12 took place on February 26th 2019.
This is a milestone in the realisation of the project “Ordenskrankenhaus Graz-Mitte.” In future, the hospital of the Barmherzige Brüder Graz and the Elisabethinen Graz will coordinate their range of services and care processes as the “Ordenskrankenhaus Graz-Mitte”.

General Manager Dir. Oliver Szmej is pleased that “after almost four years of intensive planning, the construction of the Ordenskrankenhaus Graz-Mitte has begun. By taking this step, the Barmherzige Brüder are in a position to make a future-proof contribution to health care in Styria. Being able to realise this building project can be seen as a signal for the great recognition of the services of our hospital in the care of the Styrians.”

The entire construction period is expected to take about 3.5 years and will essentially comprise 3 construction phases. In the first construction phase, the so-called “ring closure”, the current nursing wards will be extended by a connecting building between the bed wings. Subsequently, a new four-storey building will be constructed in Marschallgasse and Kosakengasse. In addition to additional nursing wards, the new buildings will house the nuclear medicine, central laboratory and intensive care units as well as the ENT department and the outpatient clinic for the deaf. 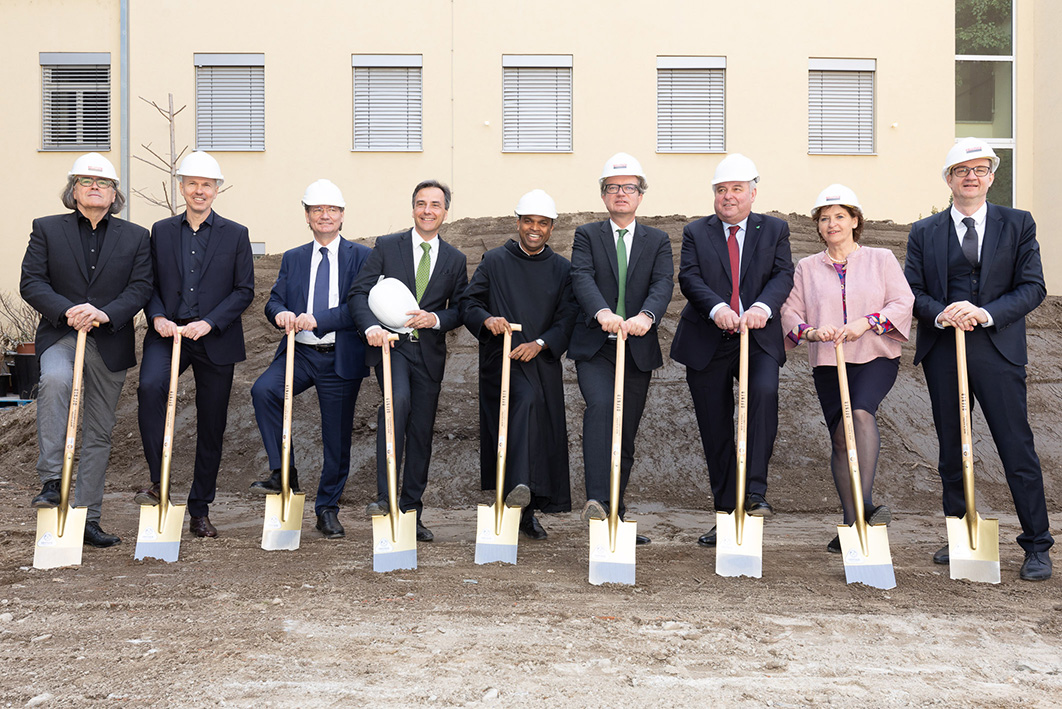