Similar to the boathouses on the lake, the individual houses of the health park lean against the edge of the terrain. Slightly twisted and offset, they house suites and rooms that invite you to enjoy the 360° mountain panorama. The aim is to capture this simple beauty and to implement it in a simple but refined choice of materials, as close as possible to the obvious and as powerful as possible. The buildings interpret the traditional Altaussee architectural style. The so-called “Brückel” on the long and gable sides is assigned to the rooms and suites in the form of conservatory-like loggias. These can be heated and assigned to the interior, but can also be used unheated as a separate open space (buffer space) during the distinct transitional periods. Likewise, the roof-floor, gable-side “Gwandgang” is assigned to the room as a functional loggia-like winter garden. In addition to the two features mentioned, the formwork and the roof pitch also refer to the so typical picture in Altaussee. 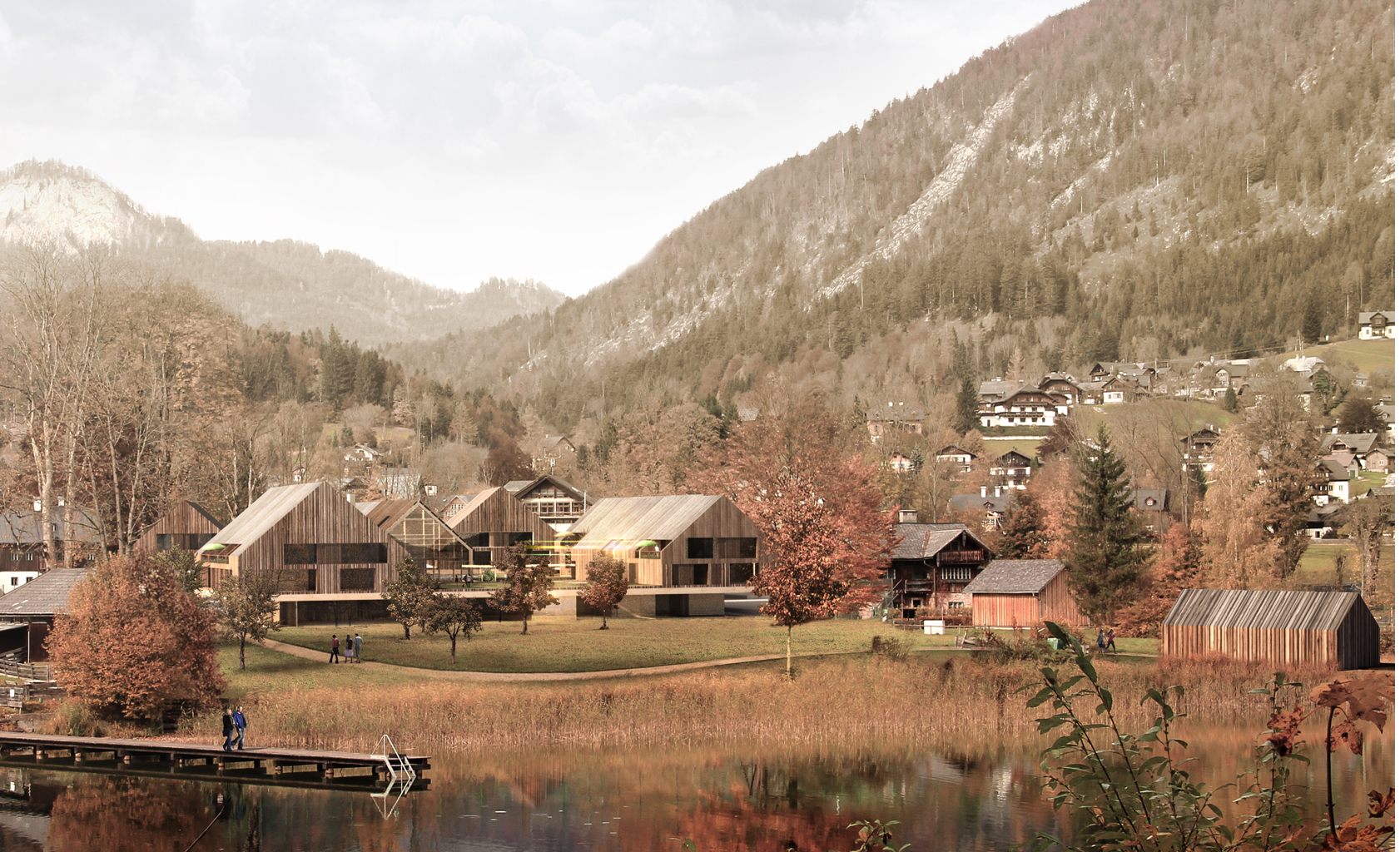 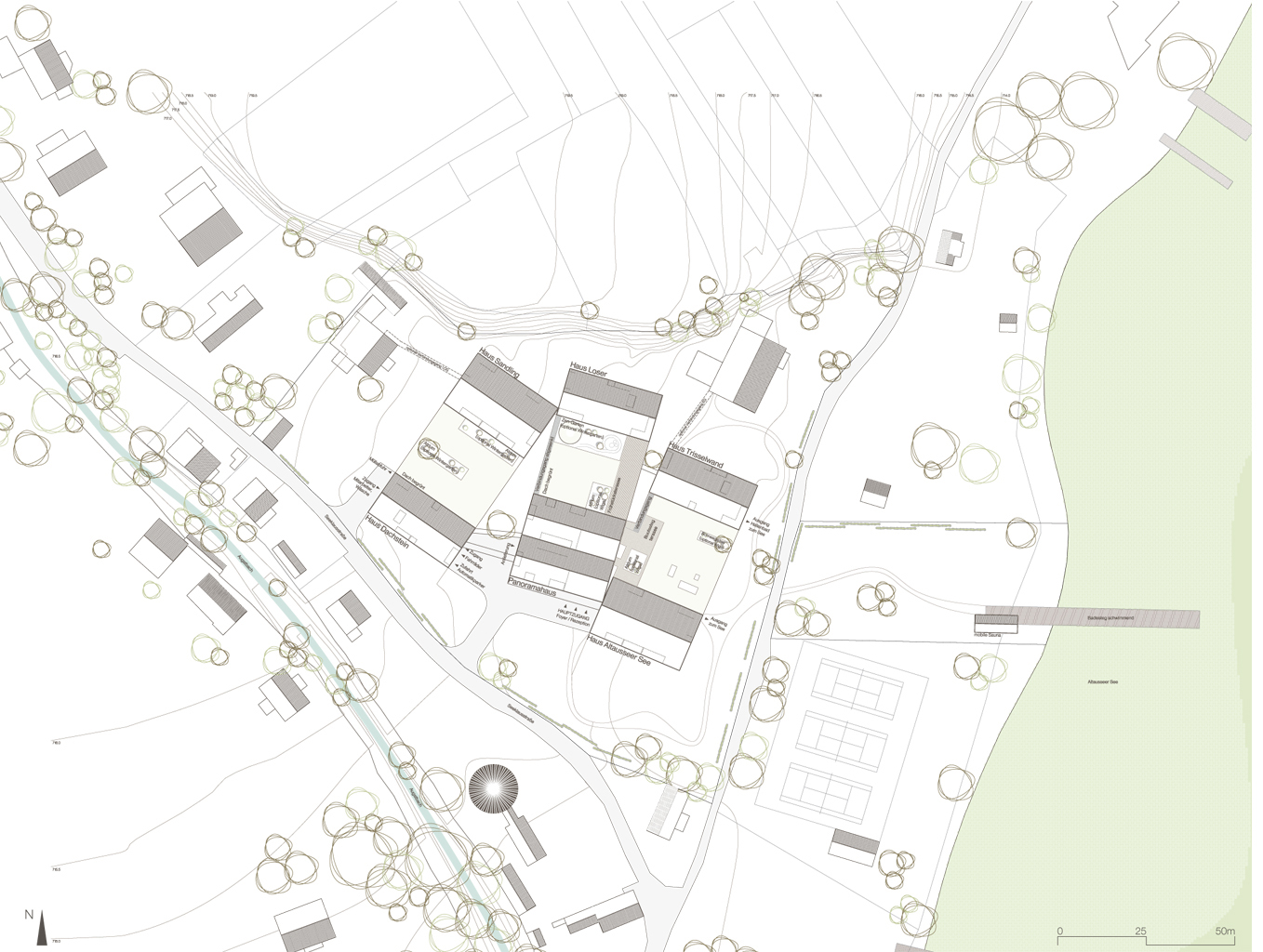 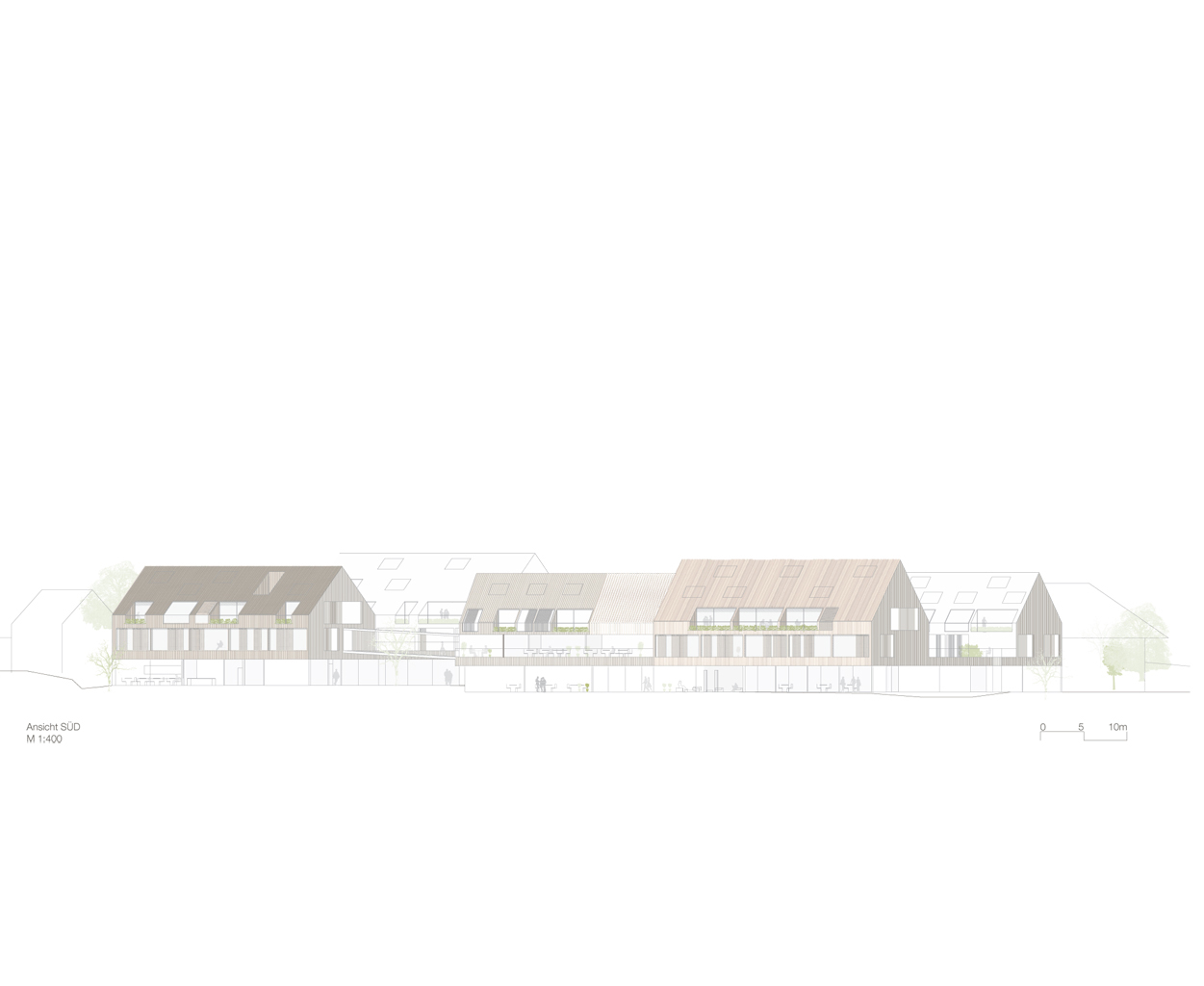 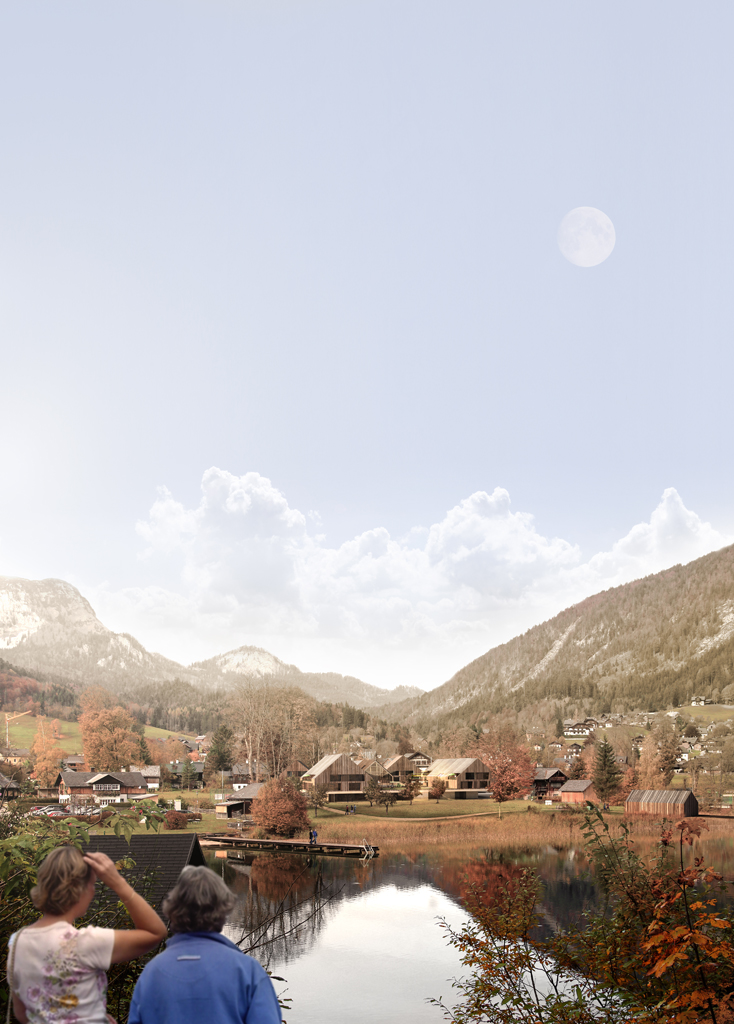 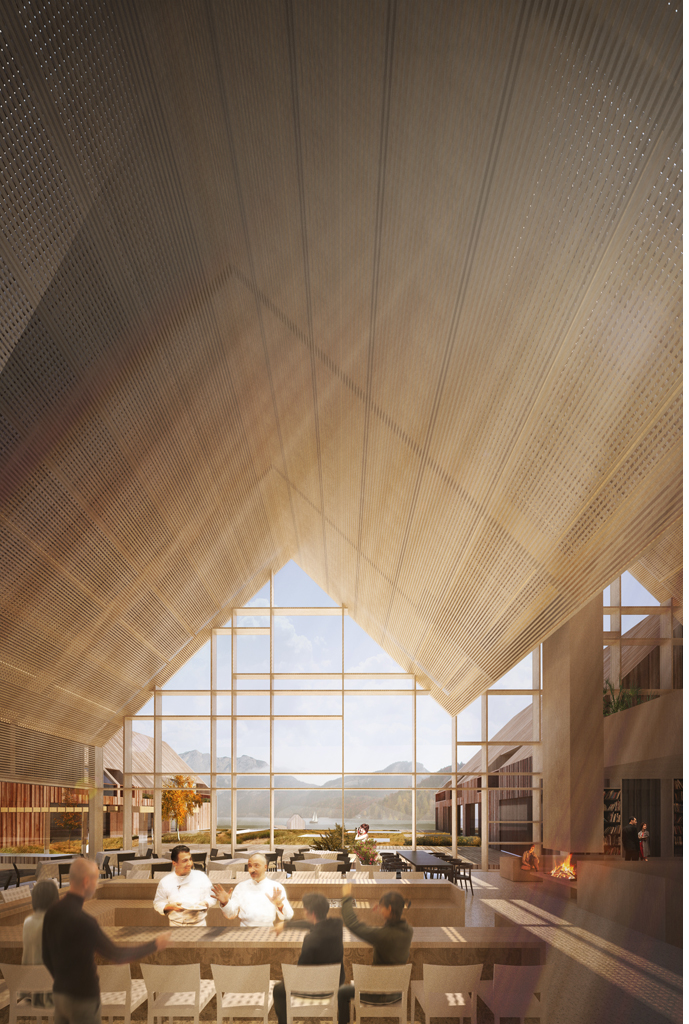 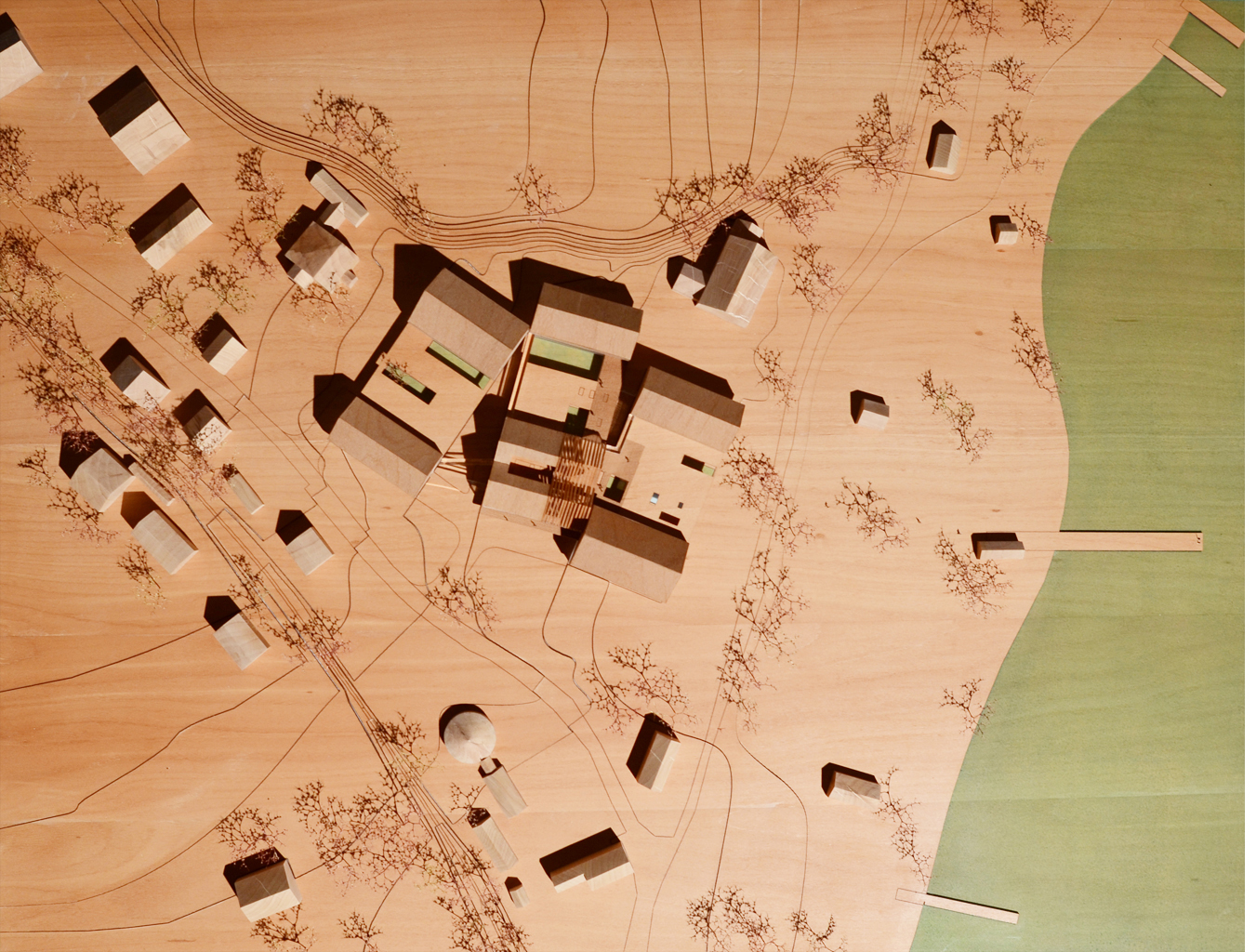