The old circular sports hall in St. Martiner Street has been replaced by a new hall which is used by the adjoining secondary school as well as various sports clubs and is suitable for international ball game tournaments. The elongated structure is positioned approximately parallel to the street which establishes a high public presence, protects the outdoor sports ground located behind it and ensures that the existing parking spaces on the northwest side remain available. The three-storey building has been lowered four metres below street level in order to create a direct underground access to the school on the one hand and on the other hand, to give the extensive hall with a total height of 11.8 metres a form which agrees with urban development.

The buildings appearance is characterised by a copper façade made of folded perforated metal plates covering the hall like a semi-transparent veil. The copper sheets are staggered by one folded element at each storey which structures the front horizontally.

In contrast to the coppery façade on a black background, the inside is dominated by light colours: the floor and walls of the gym are oak-paneled, while all other surfaces, even the floors are cream white. This creates a friendly atmosphere in which the sports equipment and lighting system on the underside of the ceilings remain in the background. The entire ventilation technology is integrated into the walls – the supply air is let in without any draught or noise via the northeast wall of the sports hall through perforations in the high-impact wall. The spent air is exhausted through ducts in the southwest wall.

2012 – 2013, Austrian Federal Ministry for Education, the Arts and Culture / City of Villach 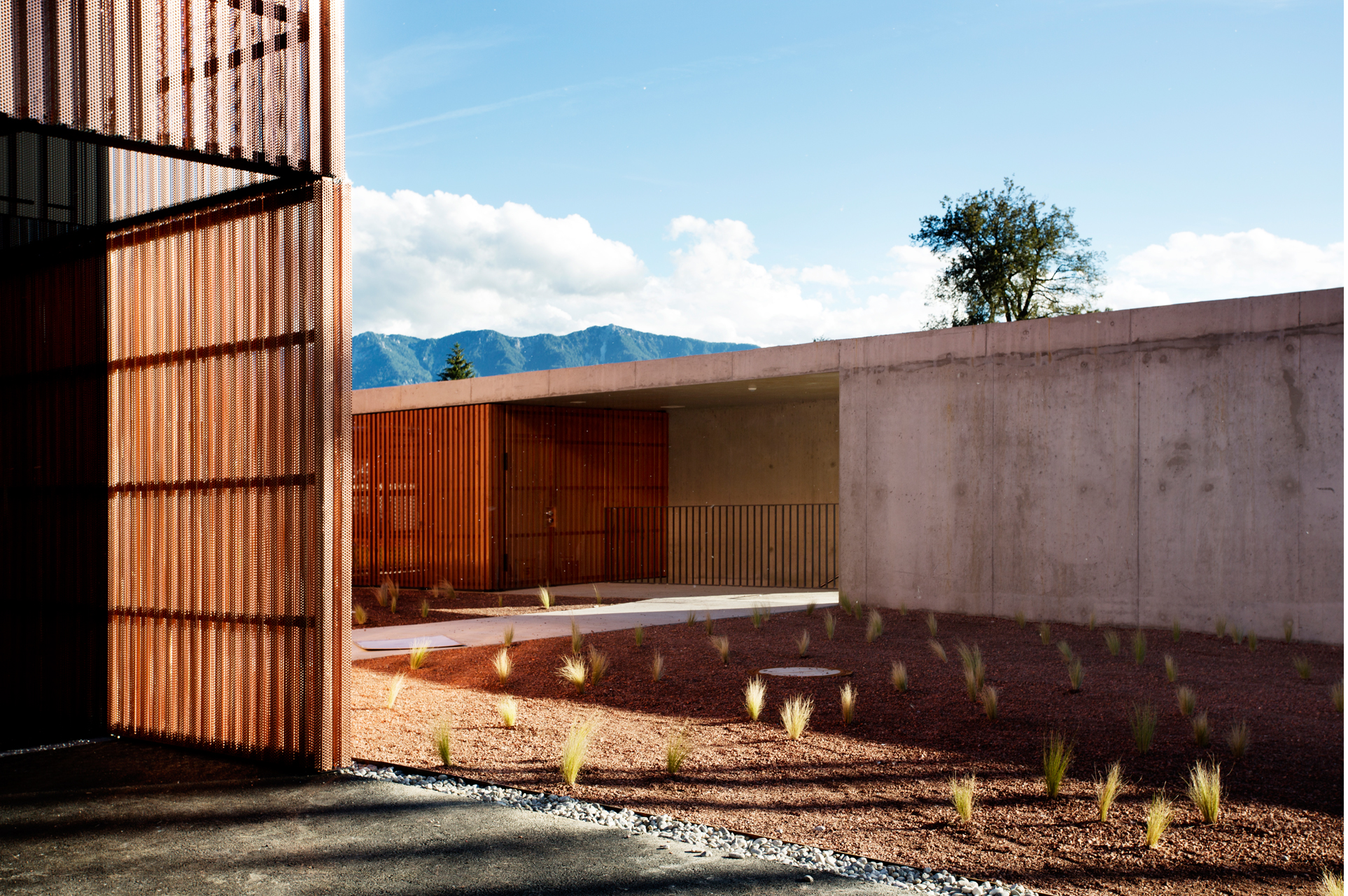