The compact shape of the rectangle served as the starting point for the design planning. By splitting the volume into four structures, a clear, identity-creating statement is made. A building ensemble in the form of an urban block is created around a central square. The space gained in between serves as a public zone and forms individually usable areas both inside and outside.

The architectural concept provides for a clearly legible building structure. At the centre of the design is the idea of the urban block. Central main functions such as entrance hall, information, café and meeting zones form a compact core layer that can be read from the outside as a transparent centre. This open functional area serves as a distribution zone and integrates squares, lounges and meeting zones that flow into project units and form a coherent working landscape.

The concentrated office work is deliberately placed on the outside of the four building volumes. The individual departments form a ring around a central atrium, allowing radial circulation within each volume and avoiding dead ends. In this way, the areas of responsibility become the face and image bearer of the new competence centre. Ancillary rooms are located in the core zones or in the basement, if functionally possible.

The kindergarten is located in the south-eastern part of the building and benefits from the elevated ground floor zone. Galleries in the group rooms offer plenty of space for romping and sufficient storage space. The central courtyard forms the communal centre and, with the surrounding walkway, can be seen as an expandable play area. Each group room is assigned a roofed outdoor space that merges seamlessly into the generous outdoor facilities.

Invited, single-stage realisation competition according to the Graz Model 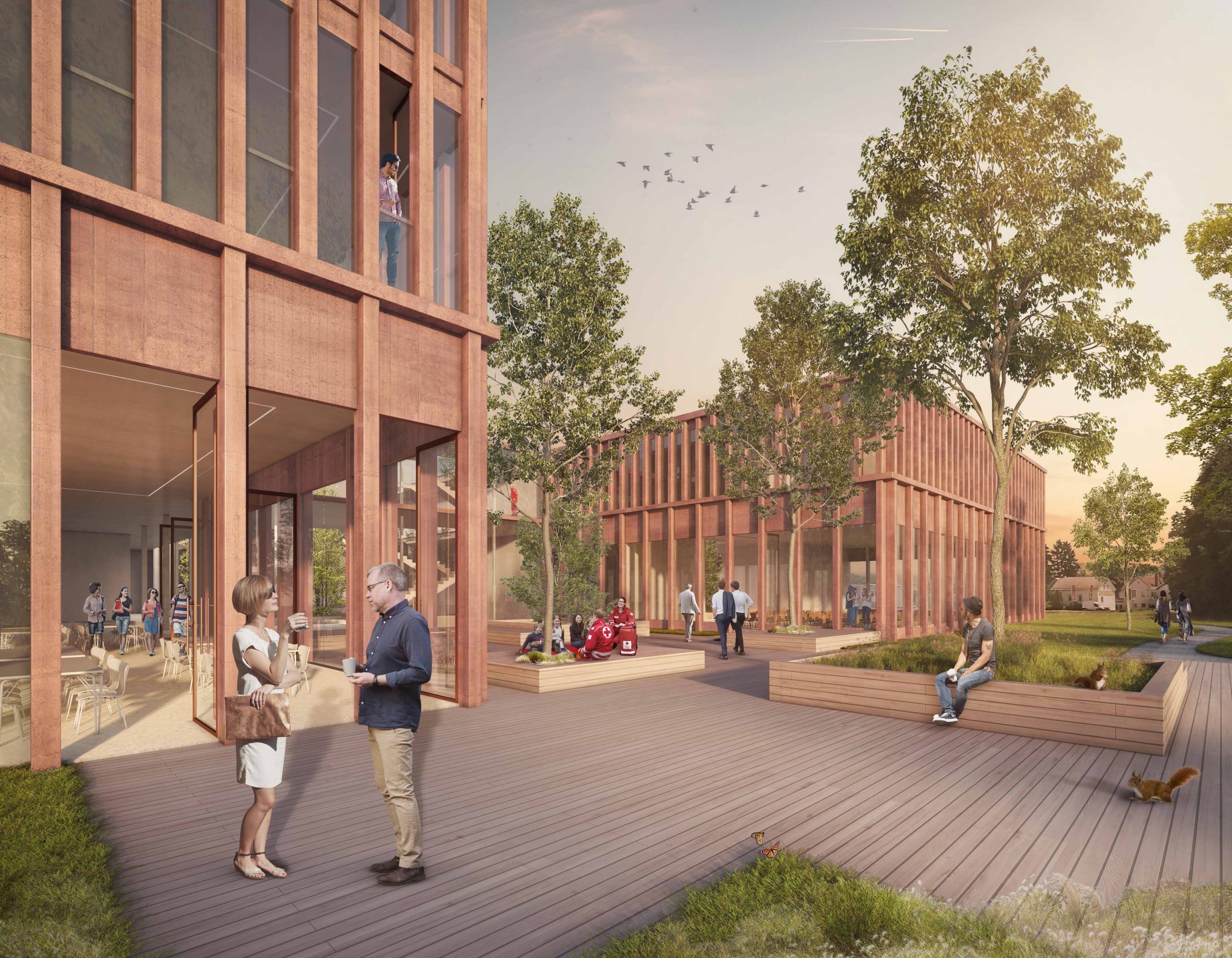 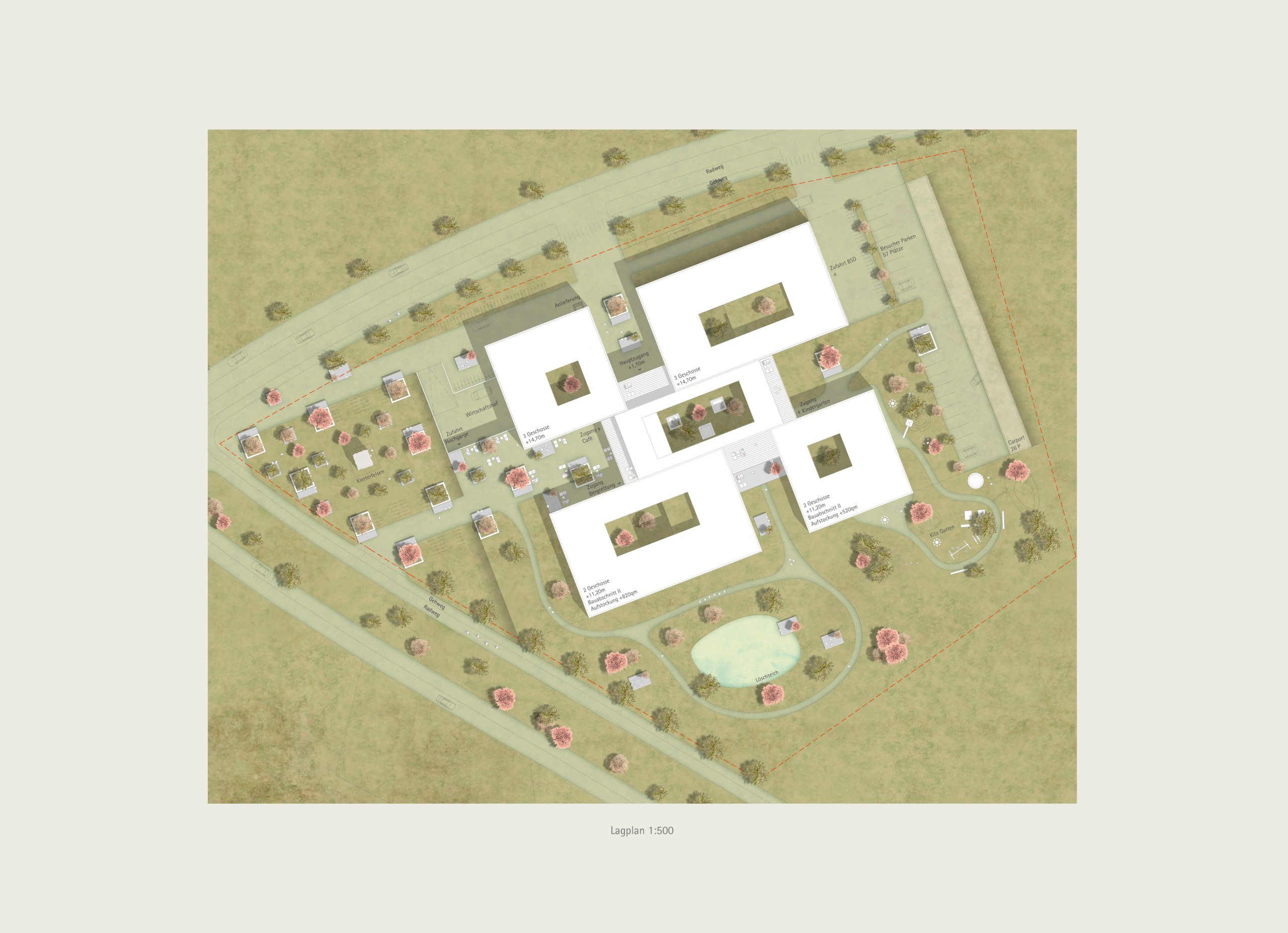 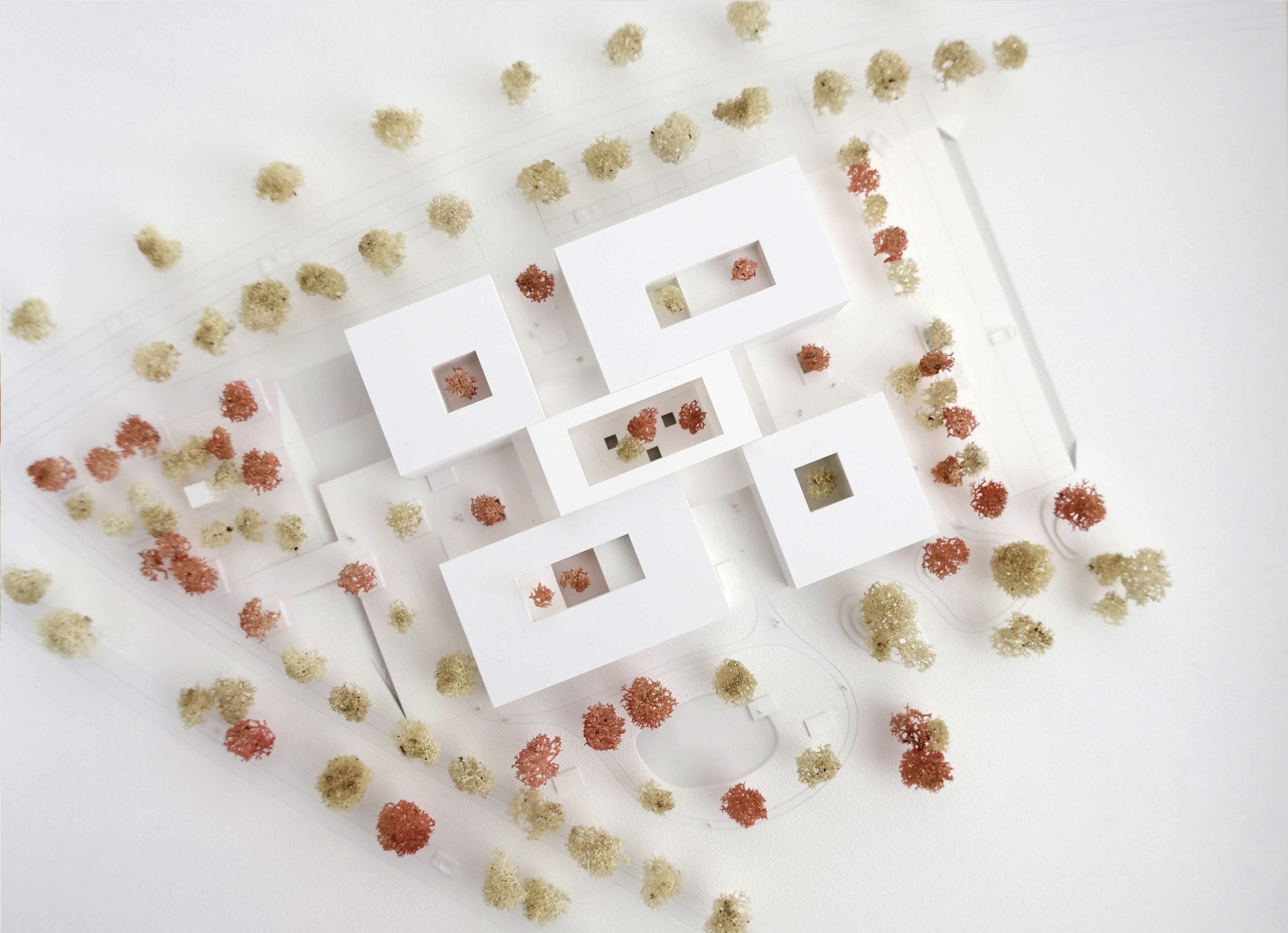 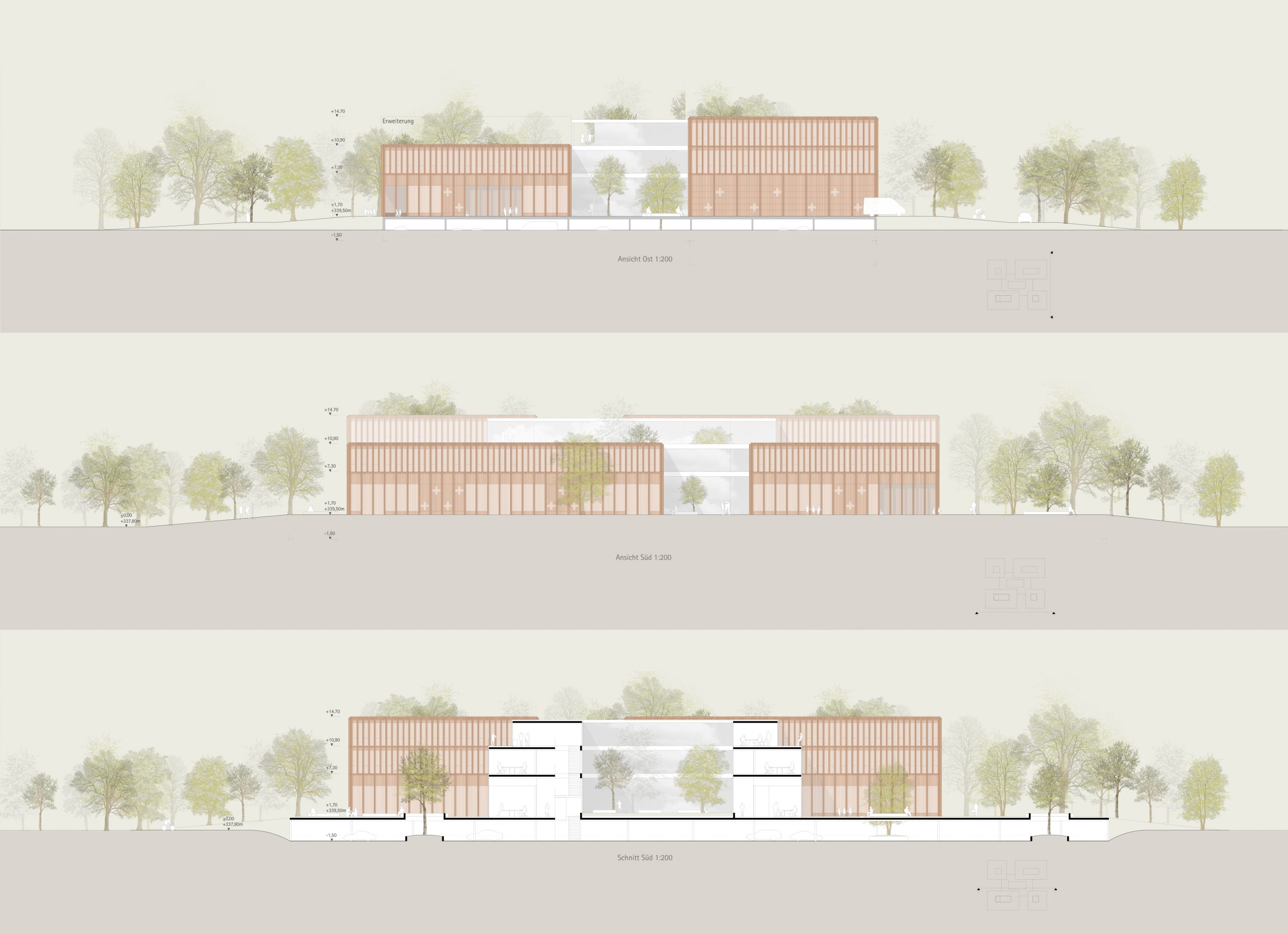 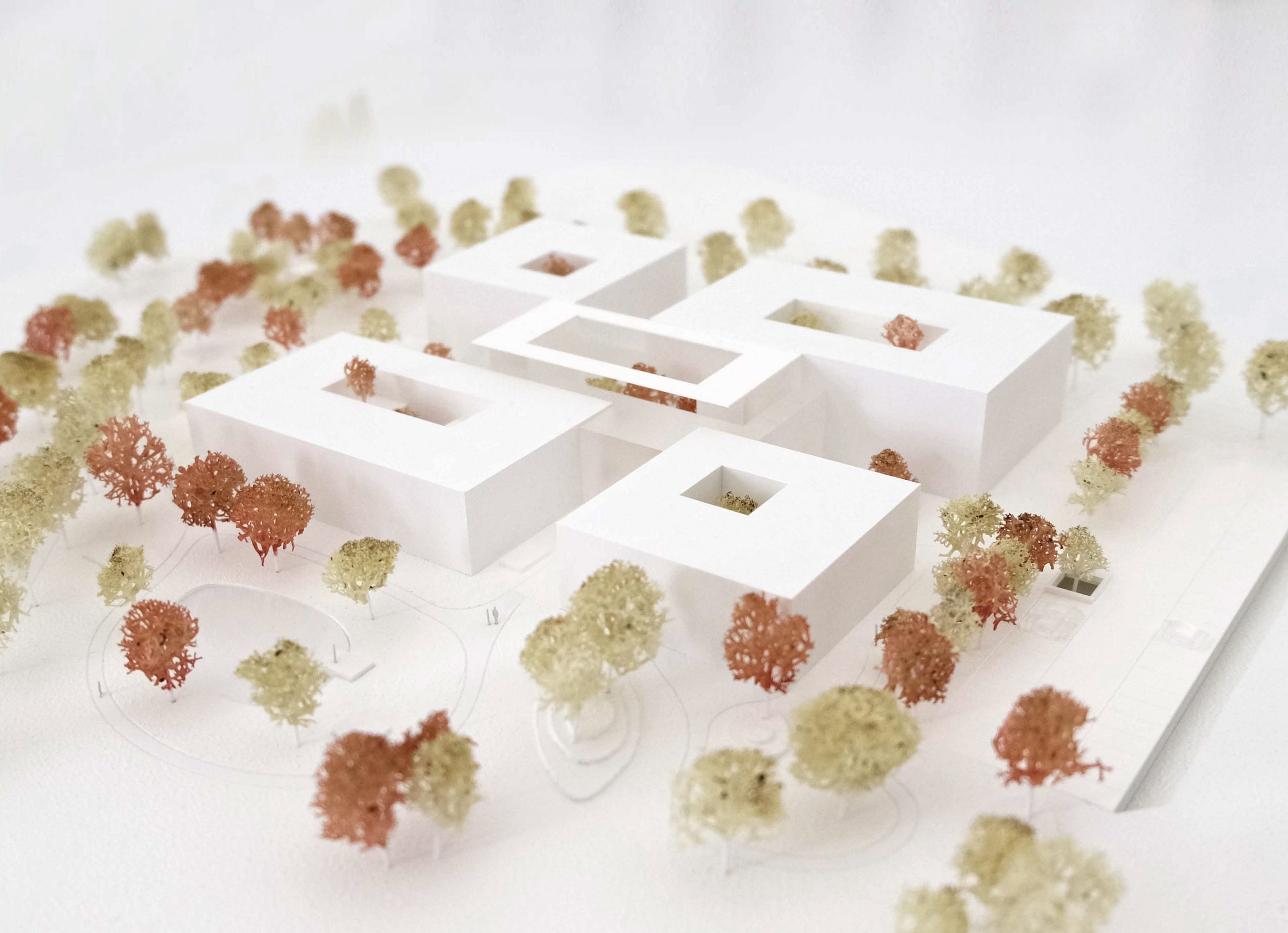 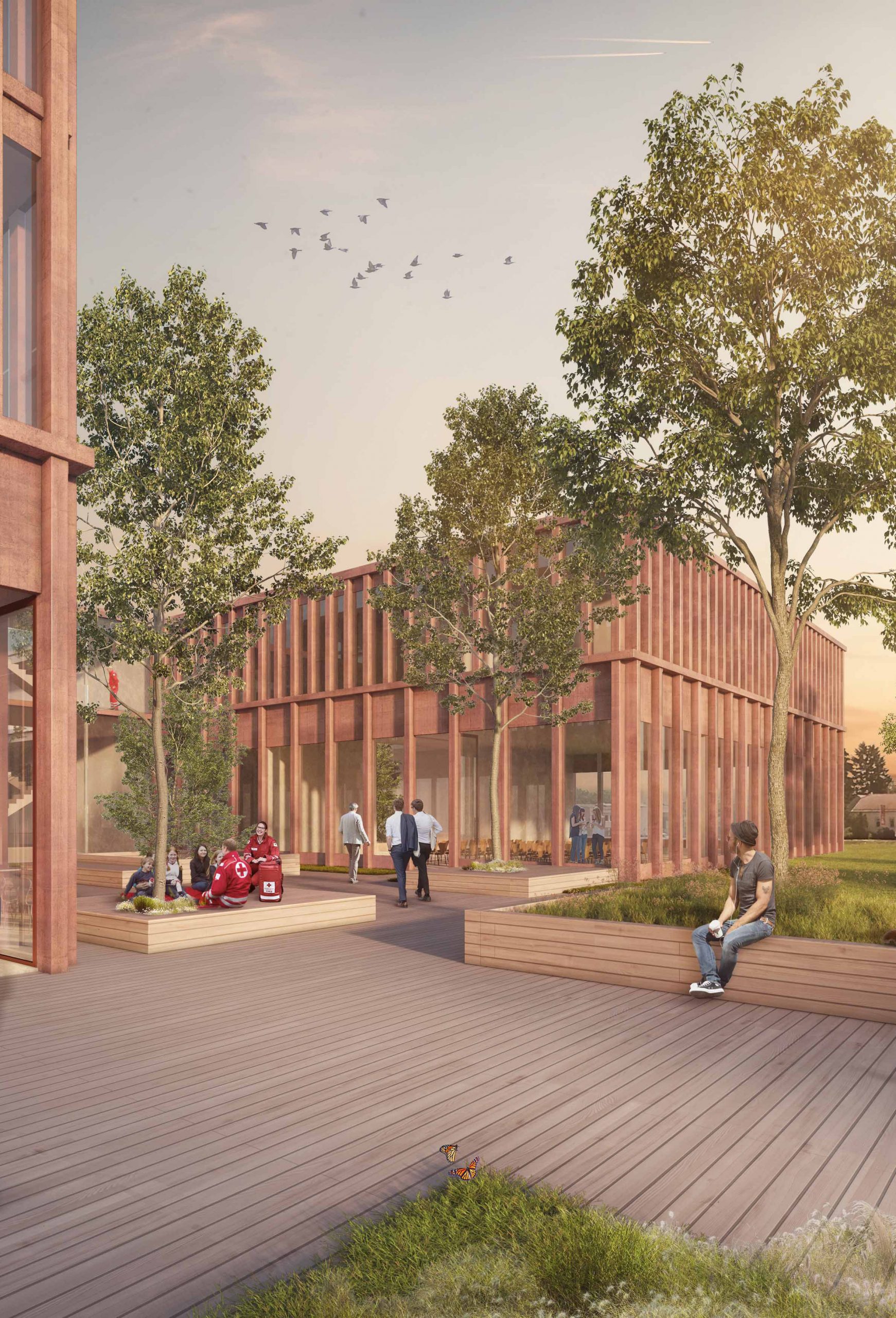