The competition was about an extension of the bedroom wing of the State Hospital Wagna, a building from the 1960s. The design tied in with the existing extension from the year 2001, planned by Klaus Kada, which is positioned to the West and parallel to the older building. Thus consistency in design is ensured and the clear differentiation between new and old continued. The new annexe is attached at a right angle to the centre of the existing building and is connected with it through a three-storey joint. This creates a close connection to the extensive park which is also reflected in the function allocation and floor plan design. Sliding doors lead from the physiotherapy department and the dining room in the basement directly into the garden. The common and waiting areas on the individual, differently organised higher levels have large-scale glazing which also enables a direct relation to the outside.

In cooperation with the architect Ferdinand Certov 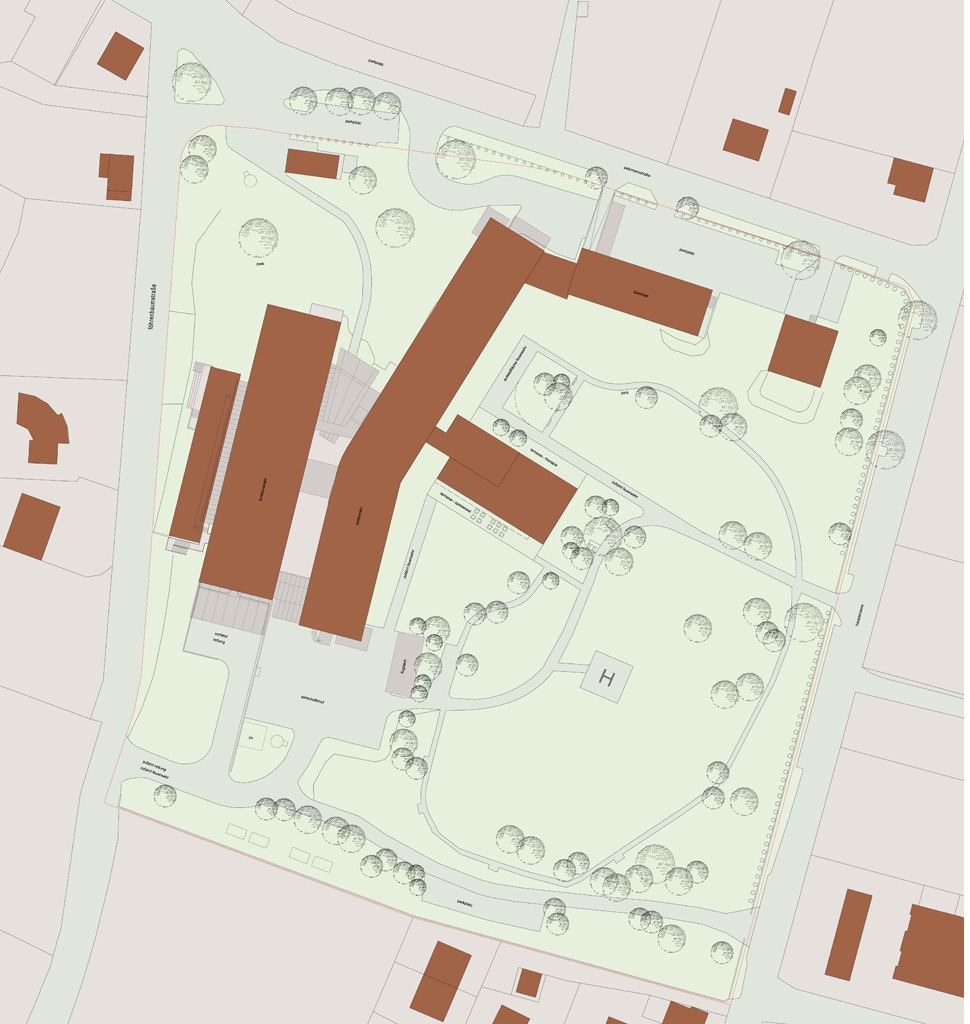 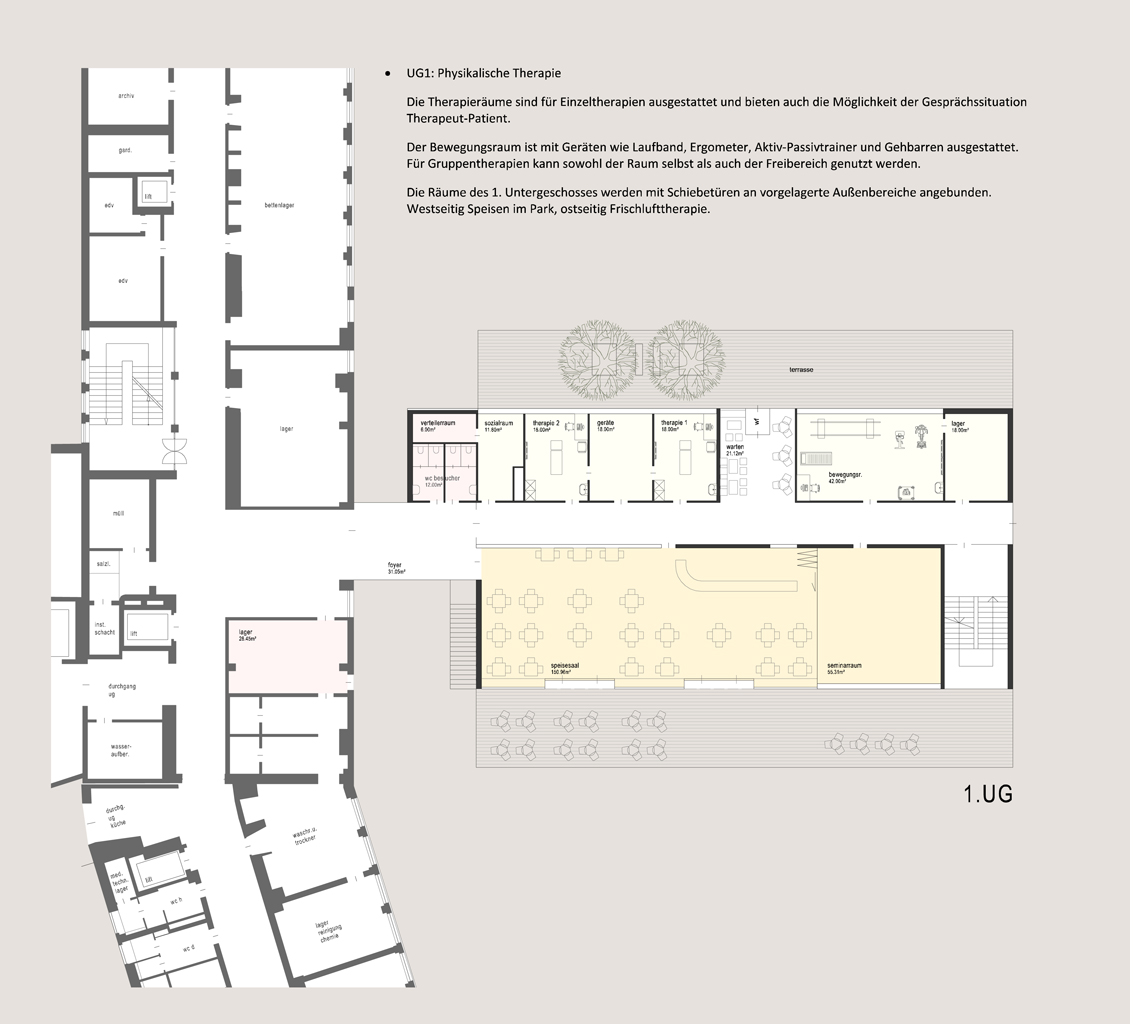