Hospital of St.John of God Graz

With the dissolution of the Barmherzige Brüder Eggenberg hospital and its integration into the Marschallgasse site in the centre of Graz, a new appearance and a revision of the content were developed for this building project in keeping with the historic old town. The measures are characterised by two large additions. The creation of a coherent, spacious inner courtyard and the joining of the various building elements into one large whole “healed” the original situation, which was unsatisfactory from an urban planning and architectural point of view. The courtyard was cleared and a linear building structure was developed that relates to the existing building in a specific, precise way. Demolitions of structurally and design-wise questionable elements were implemented and replaced by characteristics that are consistent with the new design. The structural and functional ring closure around the courtyard is now achieved by a new building that is sensitively integrated into the surroundings. Flat roofs were designed as roof gardens, among other things, and serve as places for patients and staff to linger and relax. The façade was modulated according to a mathematical principle with grids and reliefs. This resulted in a discreet, lively interplay of surfaces and lines and a sculptural façade design of storey-high, white prefabricated concrete elements, which playfully takes up and continues the façade image of the historic old town. 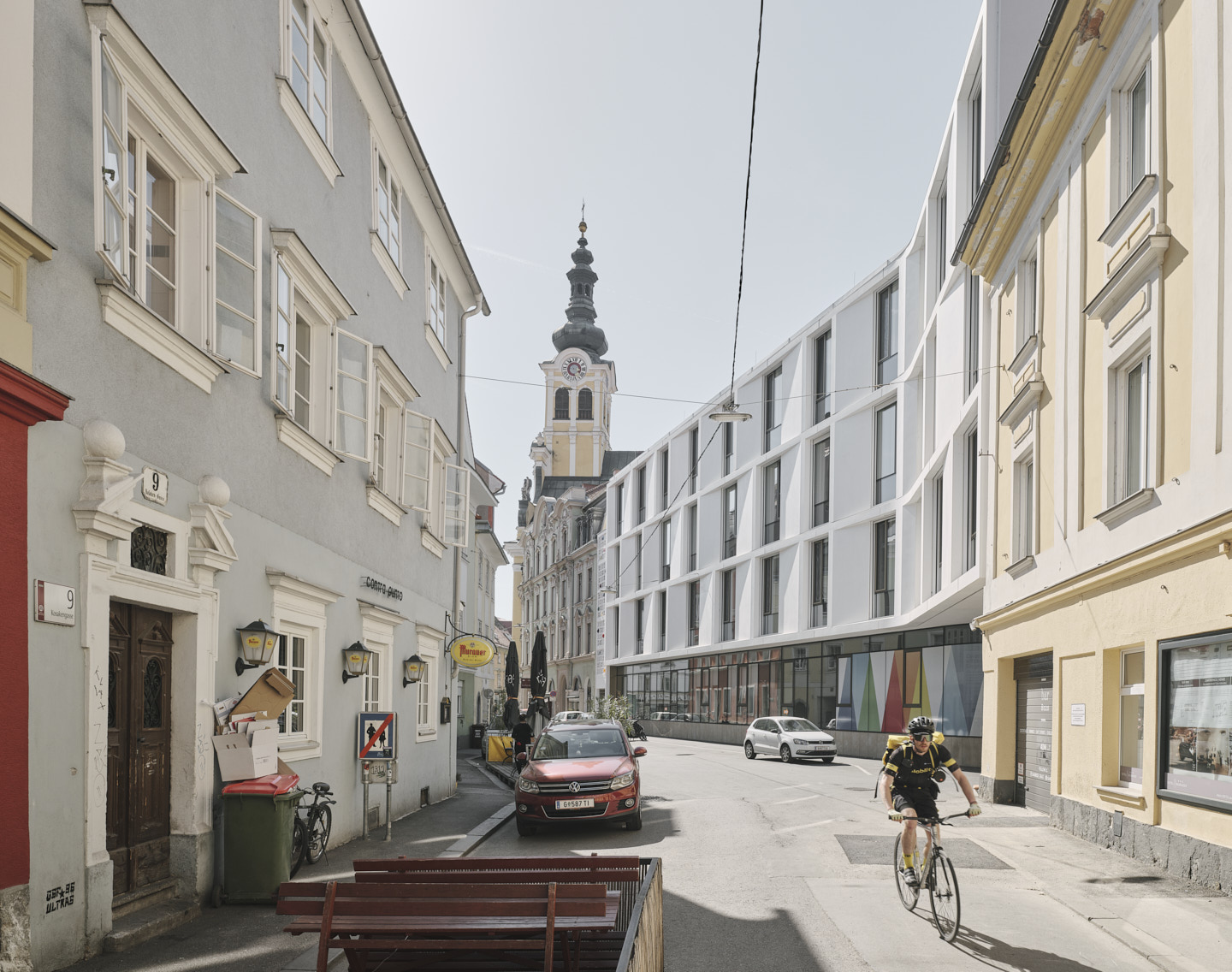 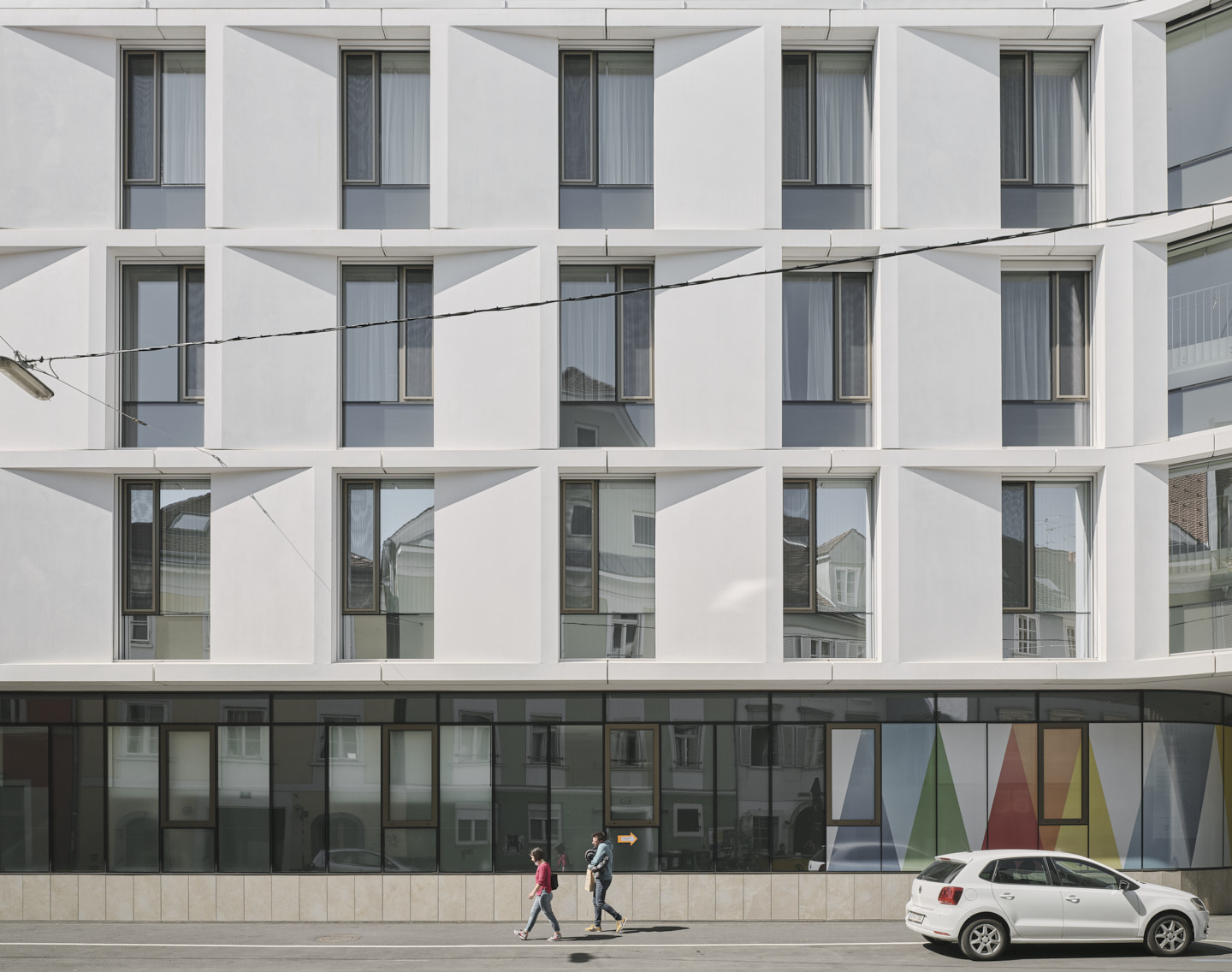 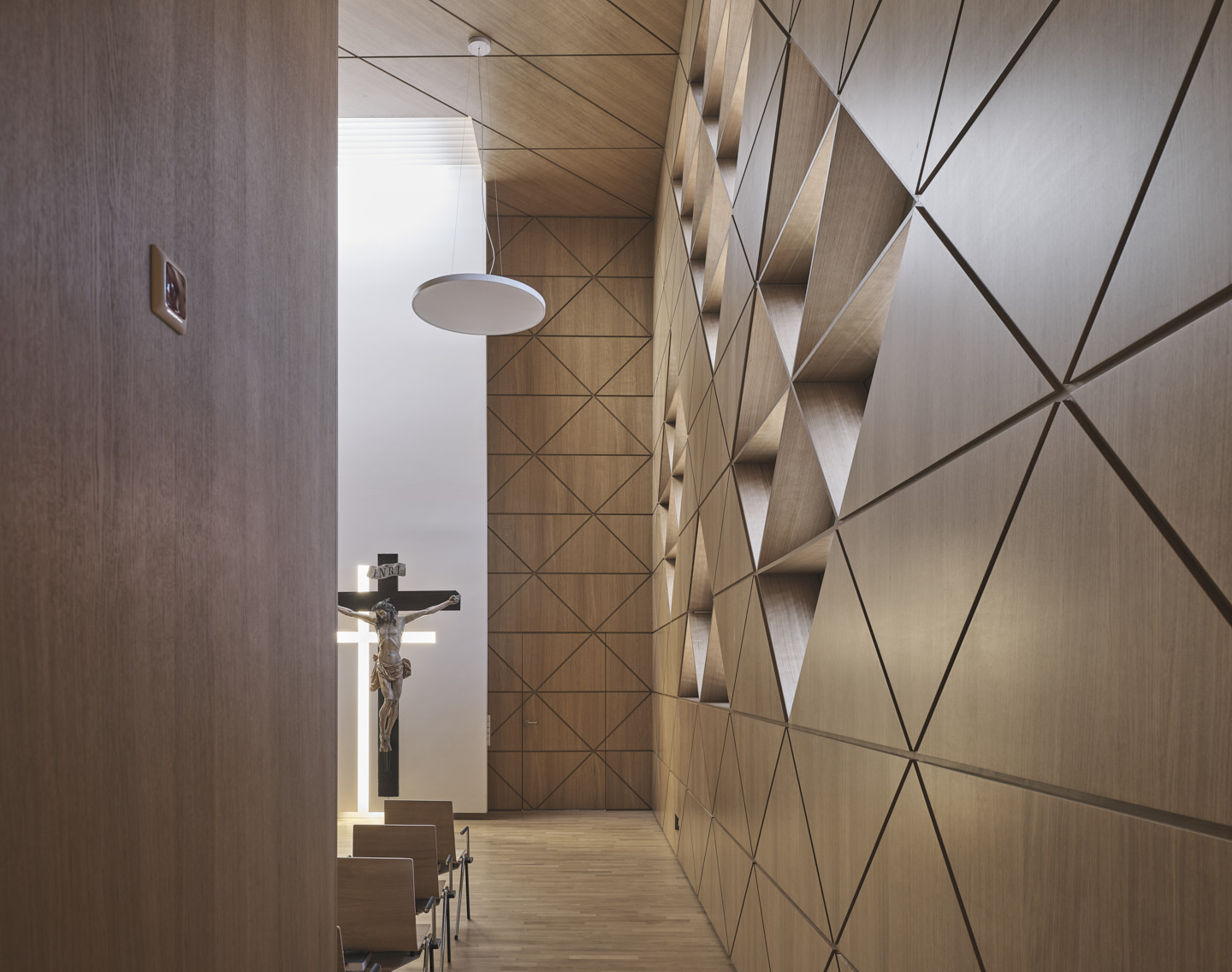 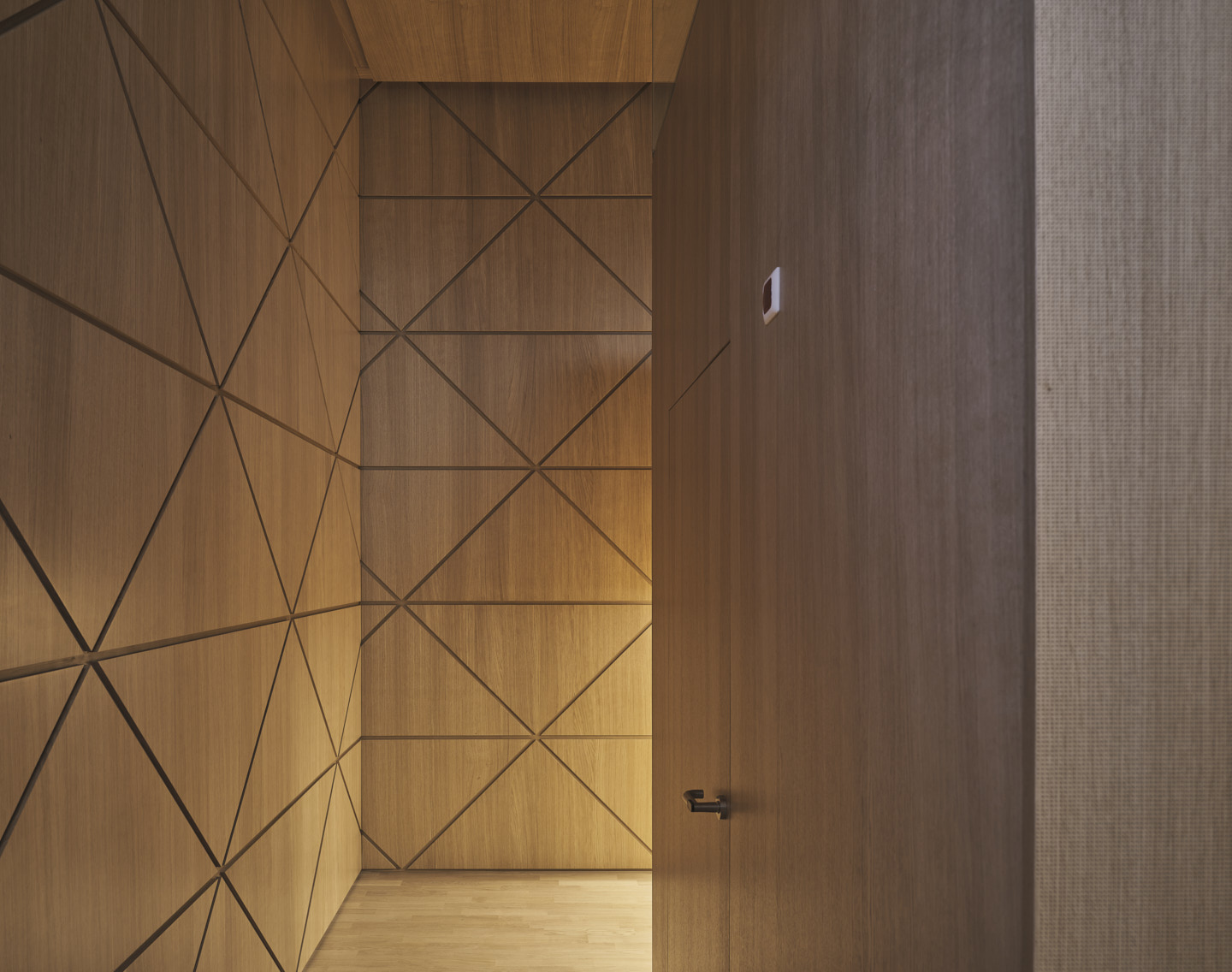 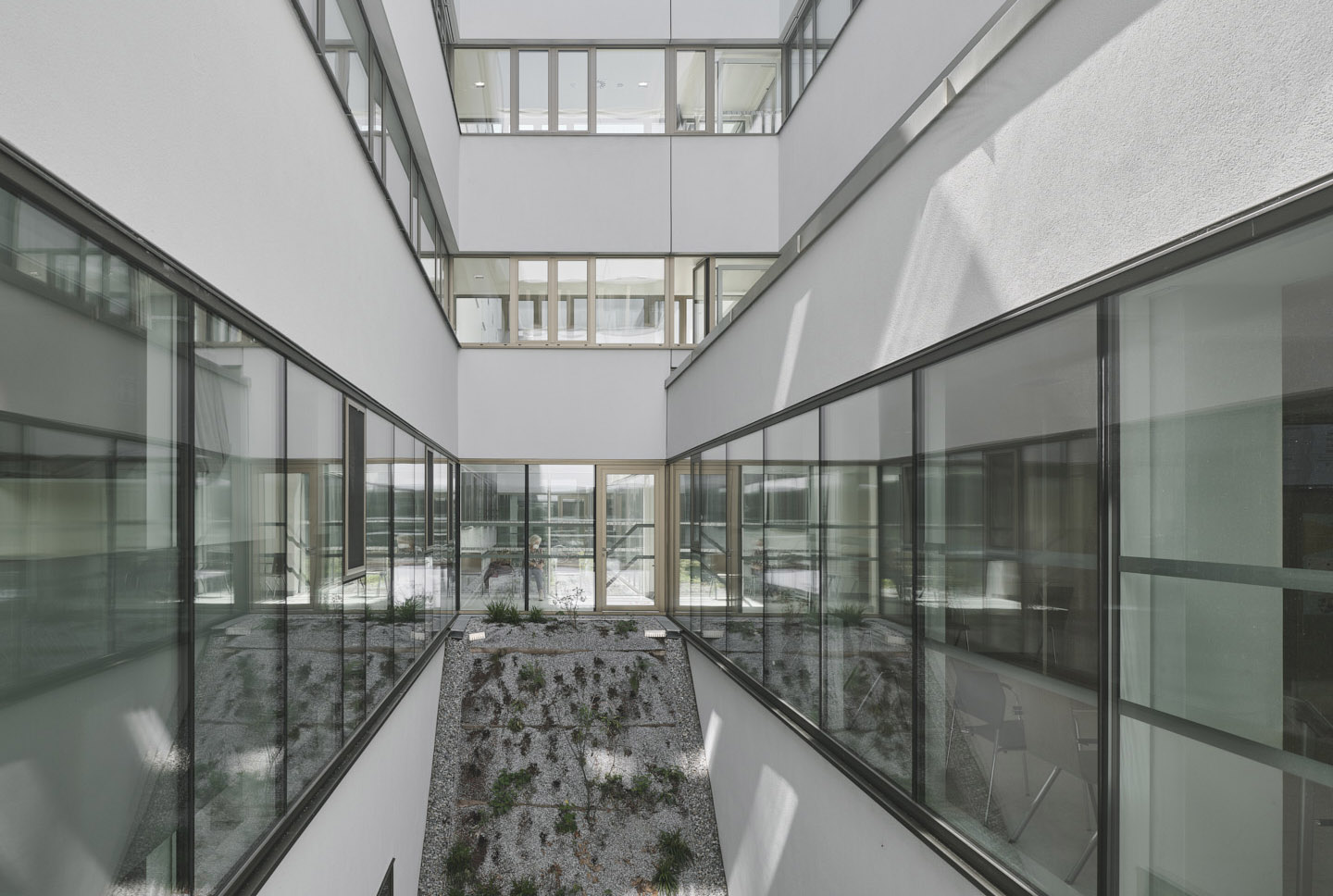 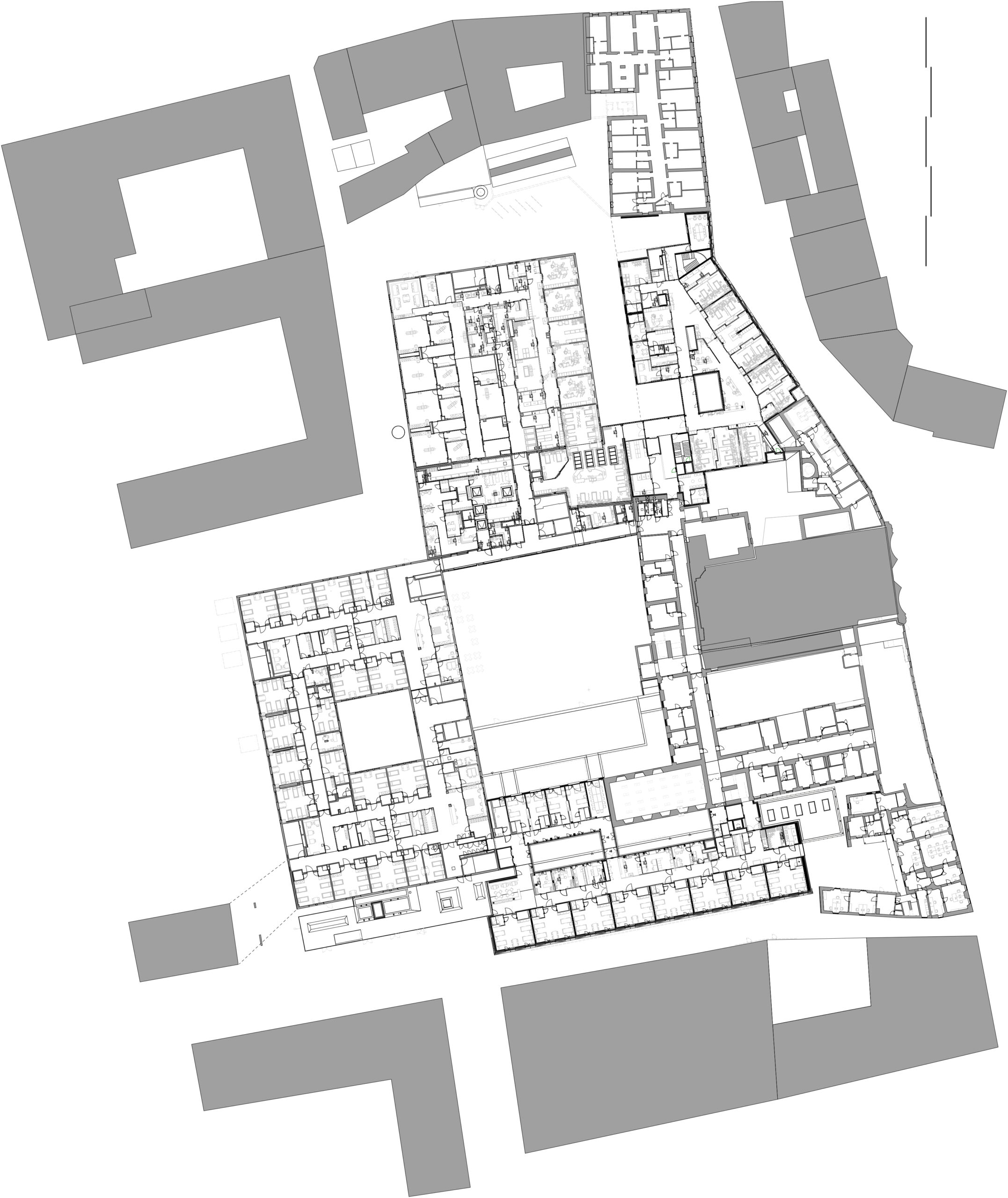