This two-floor nursing home on the grounds of the old Hummelkaserne barracks stands in a part of the city with diverse urban surrounding. The home is compact and square-shaped with asymmetrical cut-outs serving to divide the house into its spatial concept of eight housing communities, four on each floor.  These are grouped around a central “village square” which stretches from one side of the first floor through to the other and is partly covered by a roof terrace.  At right angles to this open public axis, two gardens just for the residents cut into the building.  Further open spaces include the four atria on the second floor as well as direct access to the public park planned by the City of Graz to the east of the premises.
Each housing community consists of rooms, a kitchen and a dining area for 13 residents and a carer, generating a manageable and familiar atmosphere.  Large balconies and loggias, as well as a variety of paths and views through to other parts of the house provide a stimulating environment.  Each community was developed around a different color concept in order to help residents to better orient themselves. The rooms vary slightly in relation to location and the direction they face, but each room has a casement window and a larger window with a low, heated parapet which can serve as a seat.  The care rooms are centrally located within the building, ensuring that they are only a short distance away for everyone and that the home can operate efficiently.
Thanks to a meticulously planned fire safety concept with appropriate compensatory measures, the nursing home could be constructed as a pre-fabricated passive house wooden construction with a basement.  A  wooden frame construction with cross laminated timber and wooden beams was used to meet the static and structural demands of the building.  The outer façade is of untreated Austrian larch, while much of the wooden paneling used for the interior is also left visible.  The characteristics of the wood, the variety of views, the range of seating and lounges in the house and in the garden, as well as the contrasting sunny and shaded areas all contribute to the comfortable and friendly ambience of the home. 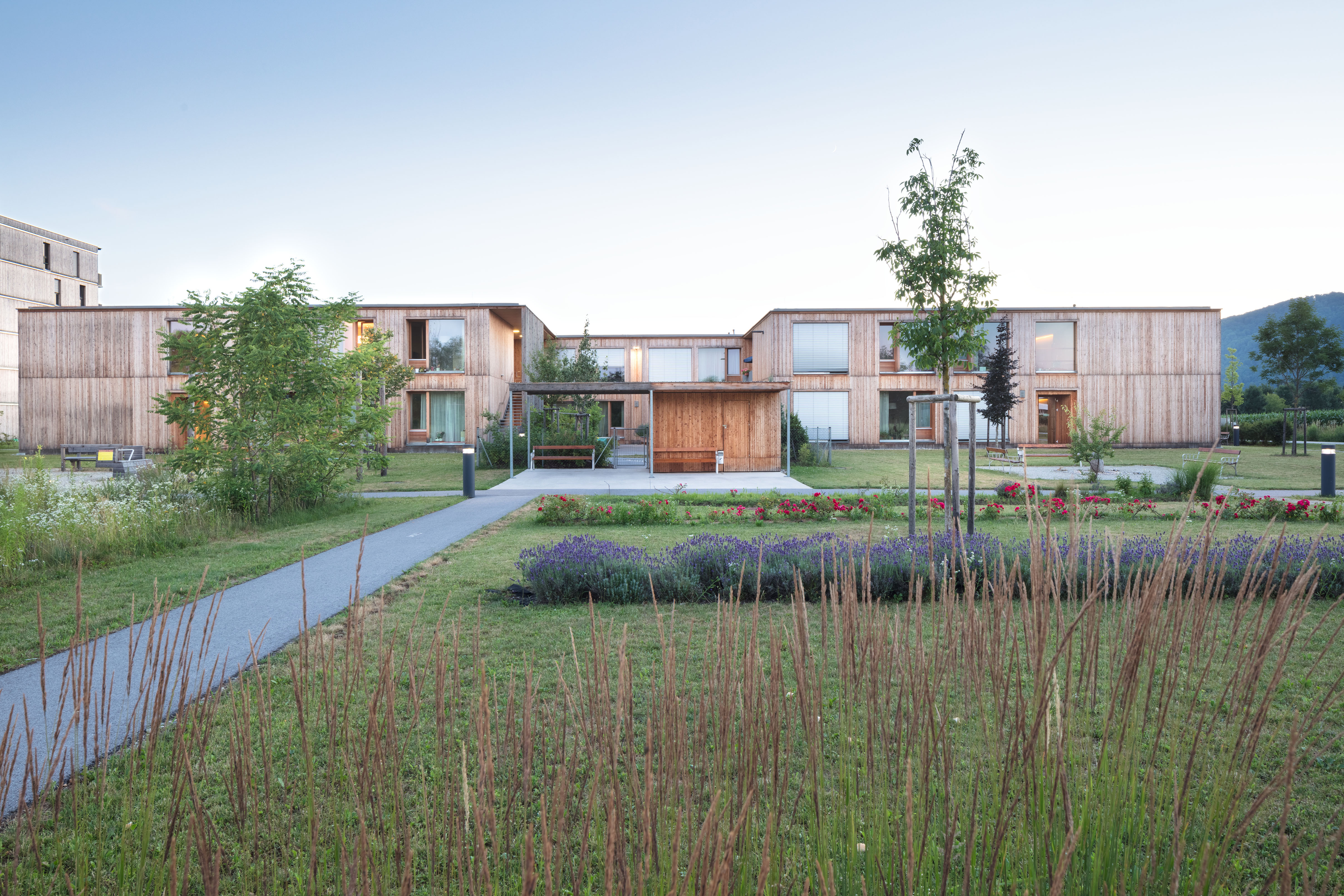 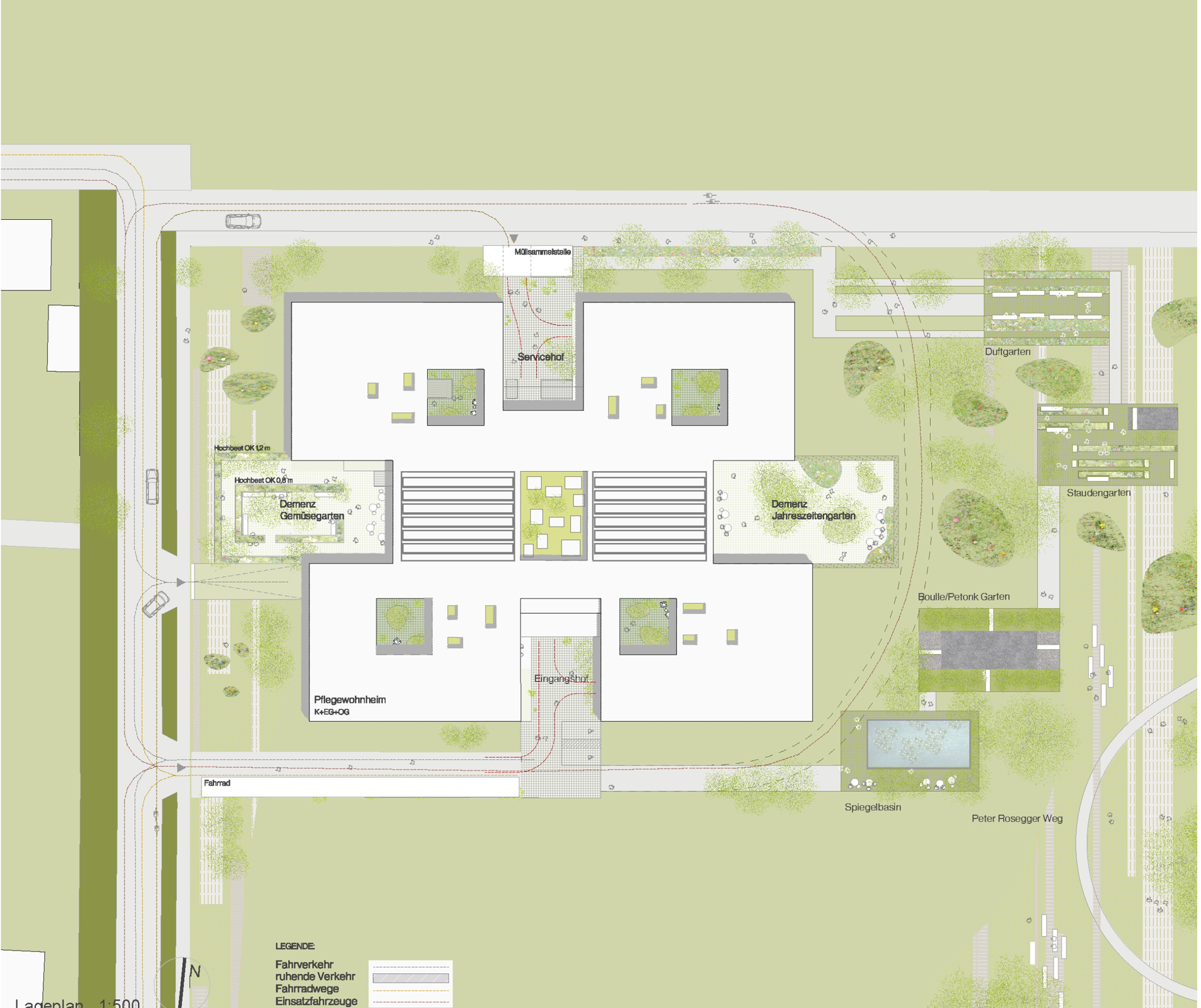 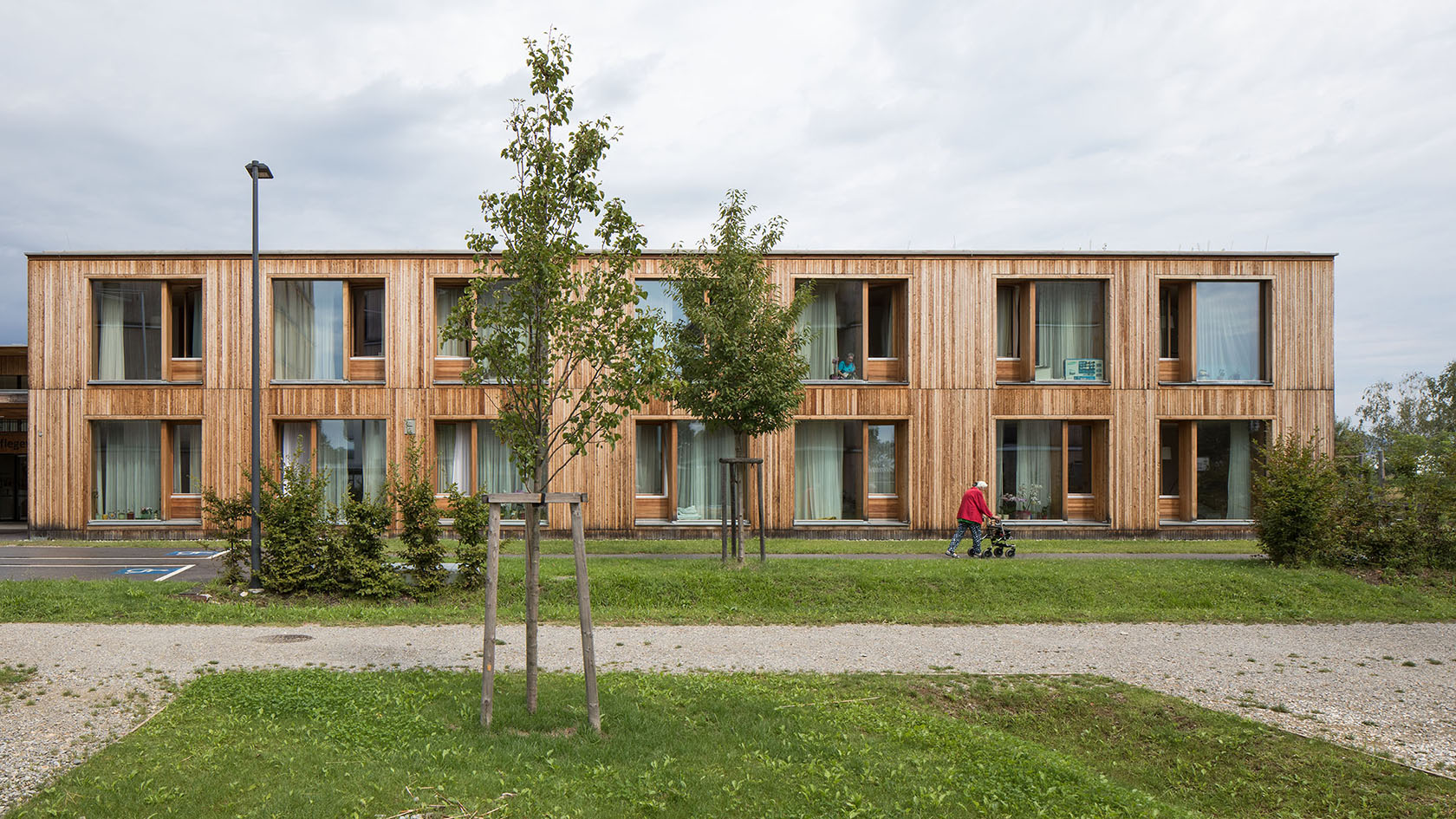 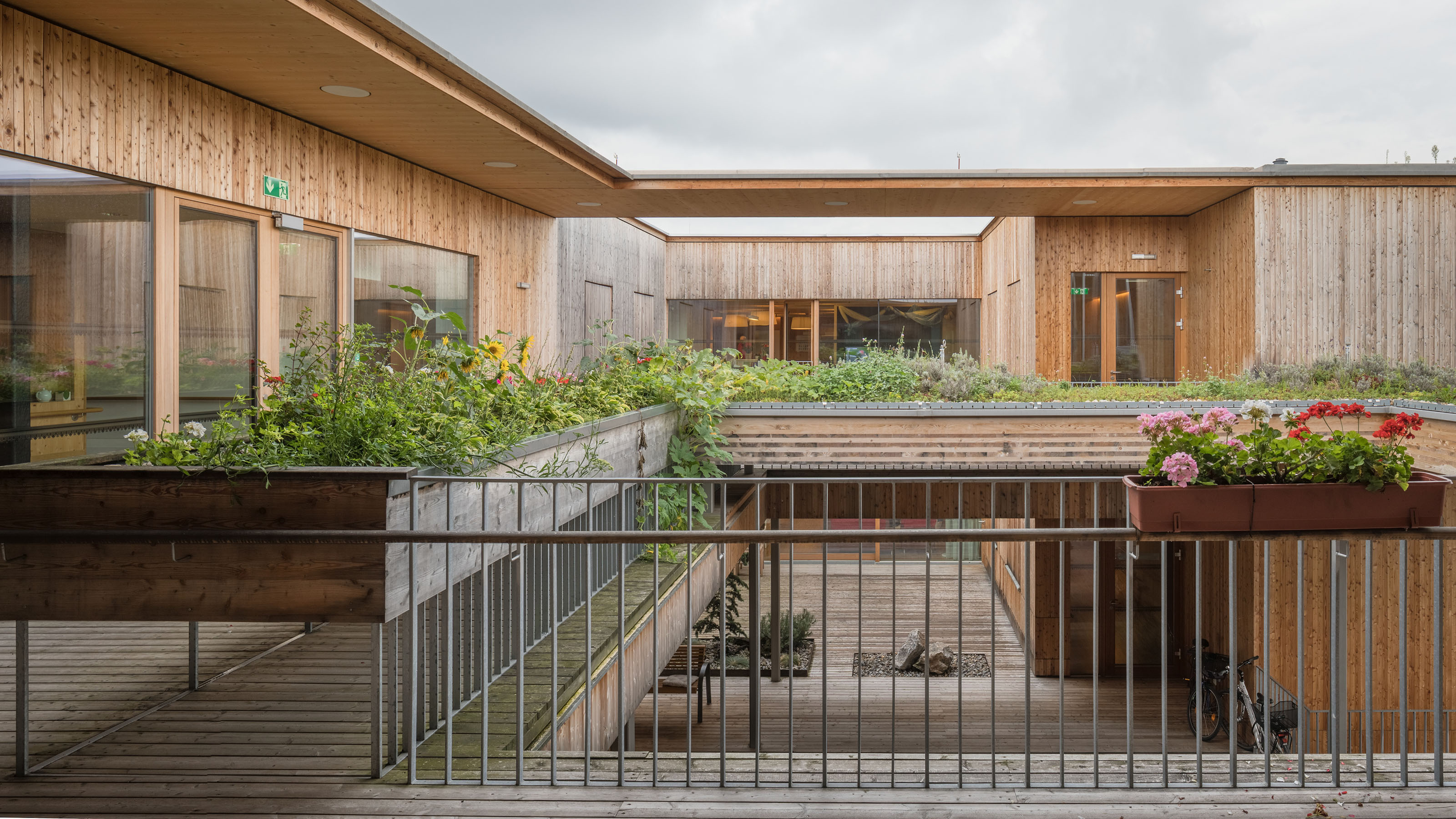 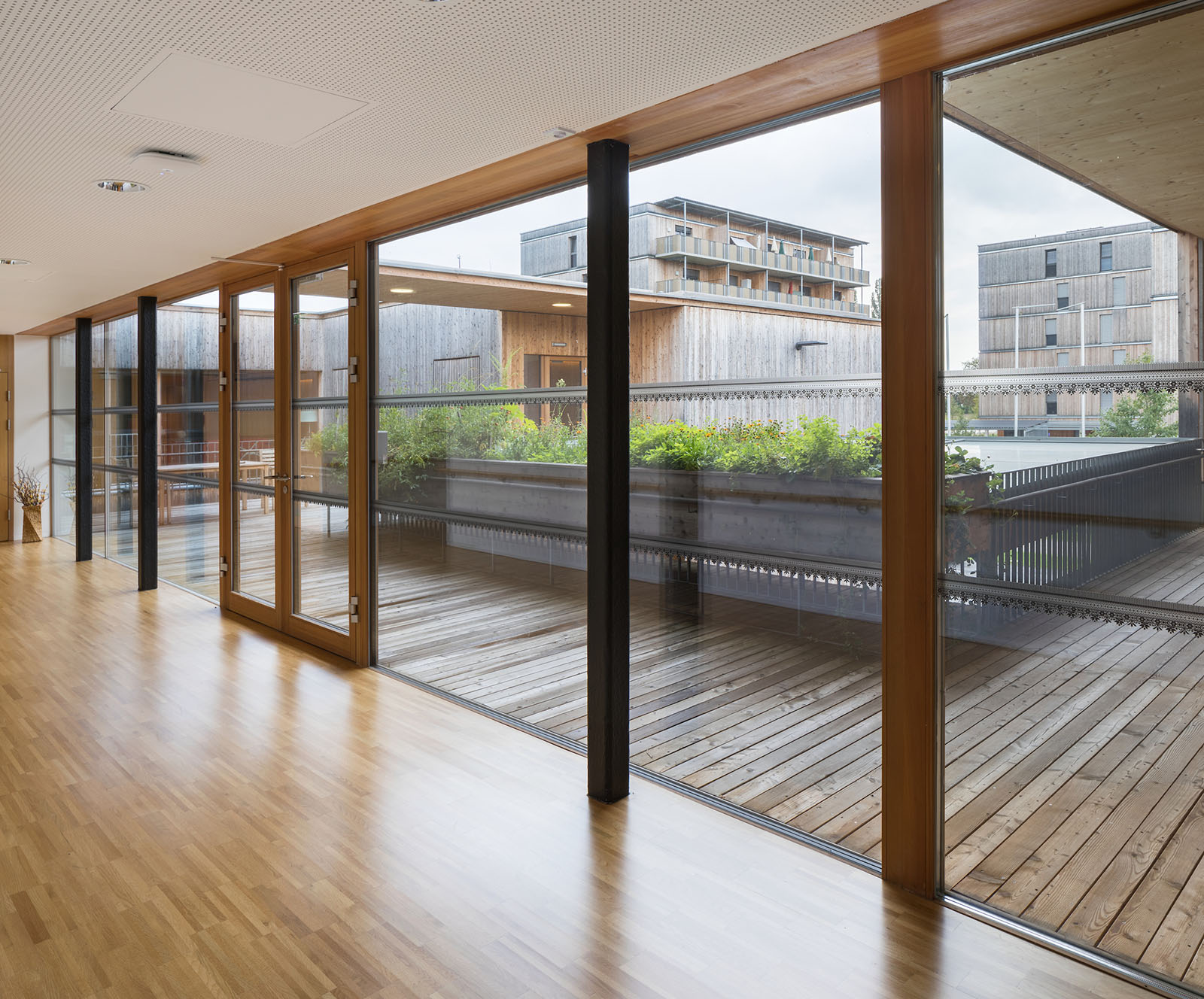 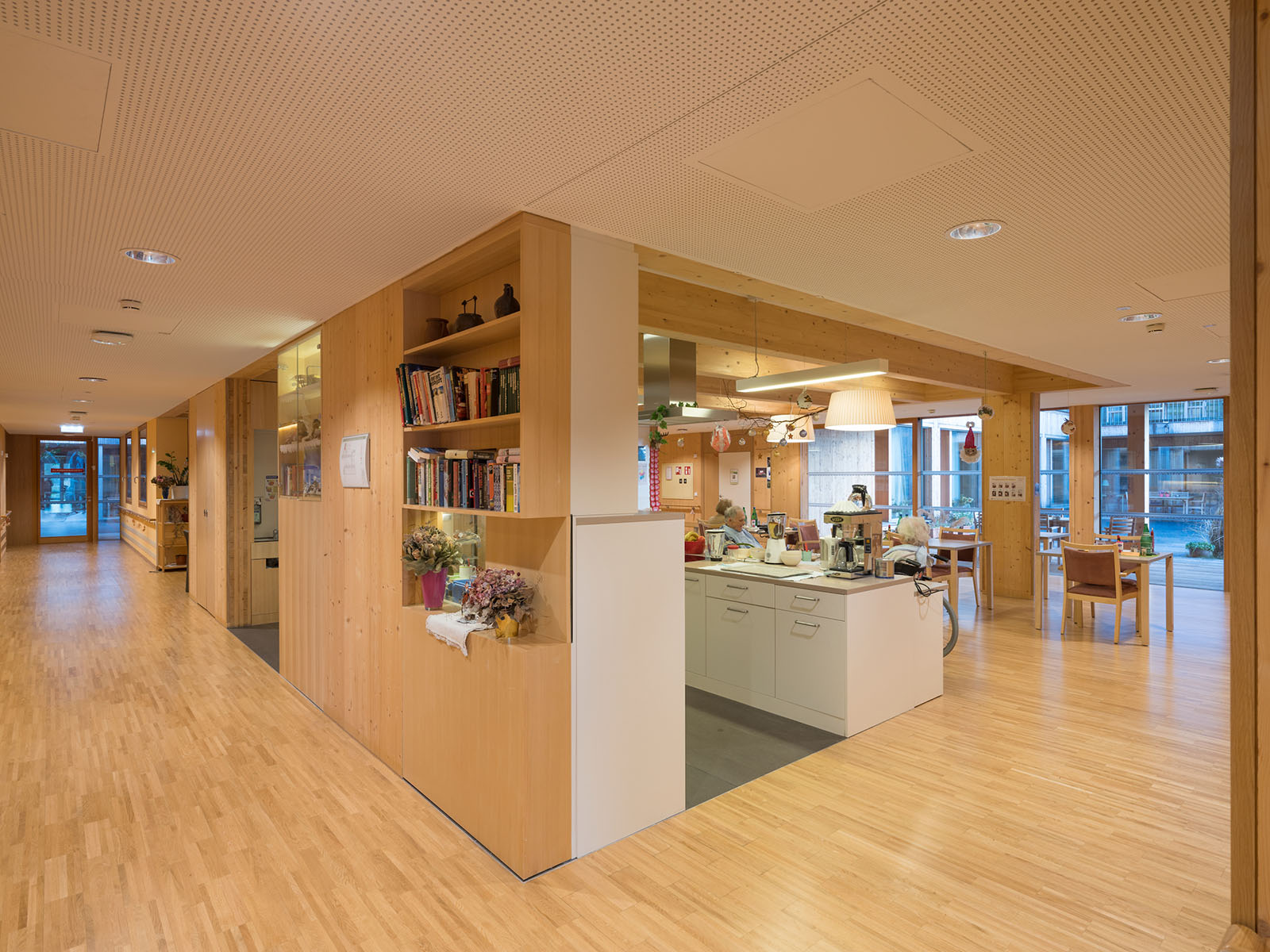 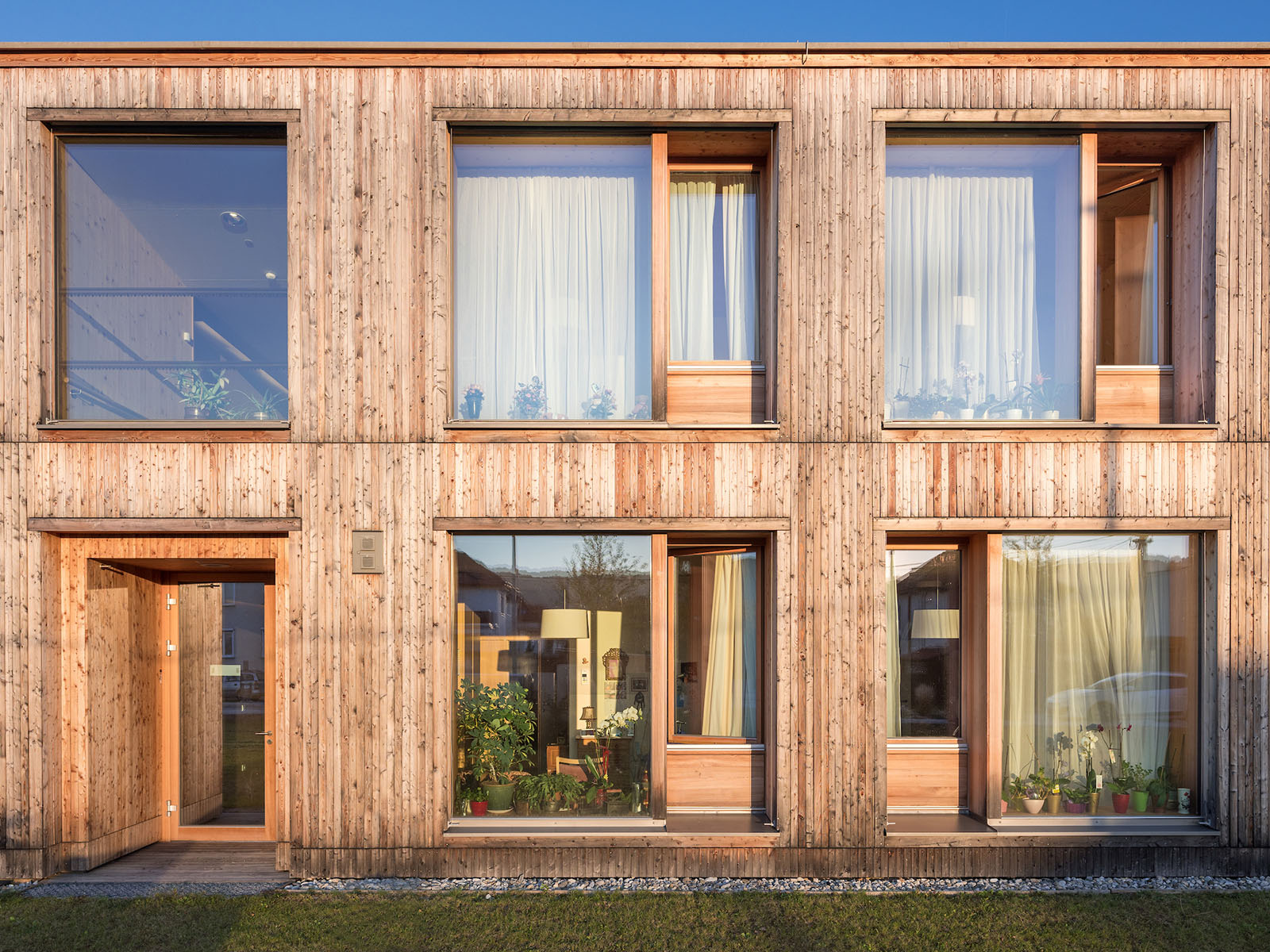 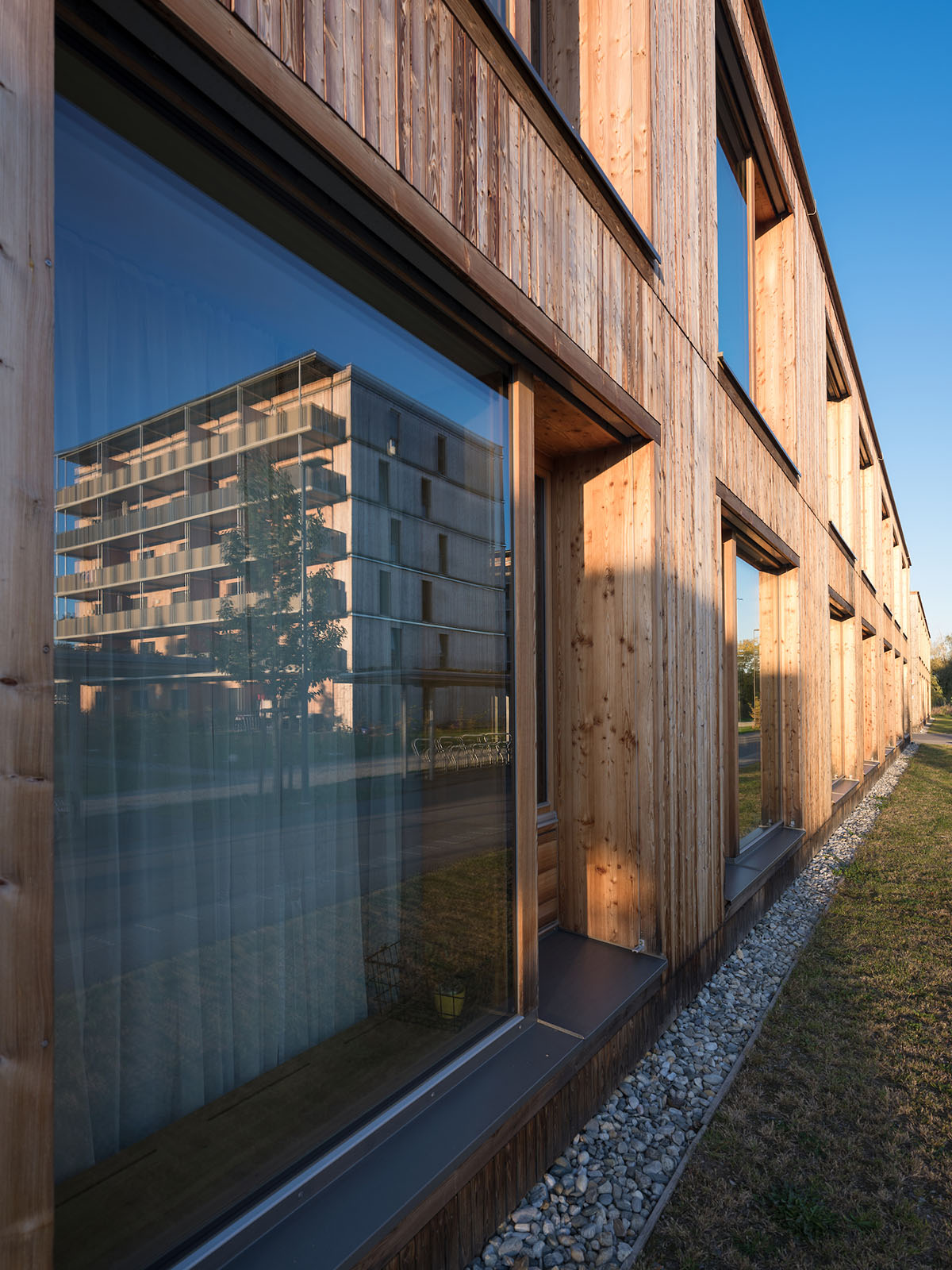