The ÖWG has constructed a Caritas nursing home for 49 residents on a plot with a mature tree population, owned by the Dörfler-Perz-Privatstiftung and located close to Göss monastery.

The three-storey building with a partial basement was constructed as a solid concrete structure with wood-frame elements and achieves a different space allocation on each floor: The ground floor hosts public and semi-public zones, the kitchen and services areas, administration, storage and side rooms, the laundry, therapy and seminar rooms, a chapel, as well as consultation rooms used by the Österreichische Krebshilfe Steiermark. It also boasts a cafe offering access to the enclosed conservatory that extends to the full height of the building. Opening the sliding doors enables different spatial configurations for events or festivities.

The first floor accommodates two residential zones suitable for dementia patients. Each zone can house up to twelve residents, accommodated in single rooms with dedicated dining areas and attached terraces. An additional terrace off the southern part of the building offers a protected outside space for recreation. The residents’ need for movement is addressed with a number of walking paths around the site.
The second floor contains a further ward for 25 residents, a common area for dining and recreation, and a south-facing terrace of almost 150 square metres.

On the two upper floors, two balconies which are positioned at right angles to each other complement the network of paths in the area of the conservatory and thus provide a vertical spatial perception within the building’s interior.
An important design parameter was illumination and unobstructed views that are also appreciable from the outside. Attention was paid to avoiding dark spaces which could only be lit artificially and to directing daylight into the building through the conservatory and terraces, as well as through strategically placed openings in the corridors.

The space allocation enabled a smaller footprint for the ground floor, leading to the realisation of projecting upper floors along the north and south side. The result are beautiful and sheltered outdoor areas and the possibility of integrating the emergency staircases within the outer edge of the building. The use of each individual floor is reflected in a playful design on the façade.

The varied yet peaceful appearance is conveyed by a combination of plastered solid structural elements and untreated elements of larch within the wood construction and on the façades on the ground floor. The interior is dominated by wood and light-coloured surfaces. The entire chapel is lined with ash wood, while a slat screen provides subdued light, adding to the contemplative atmosphere in the interior. 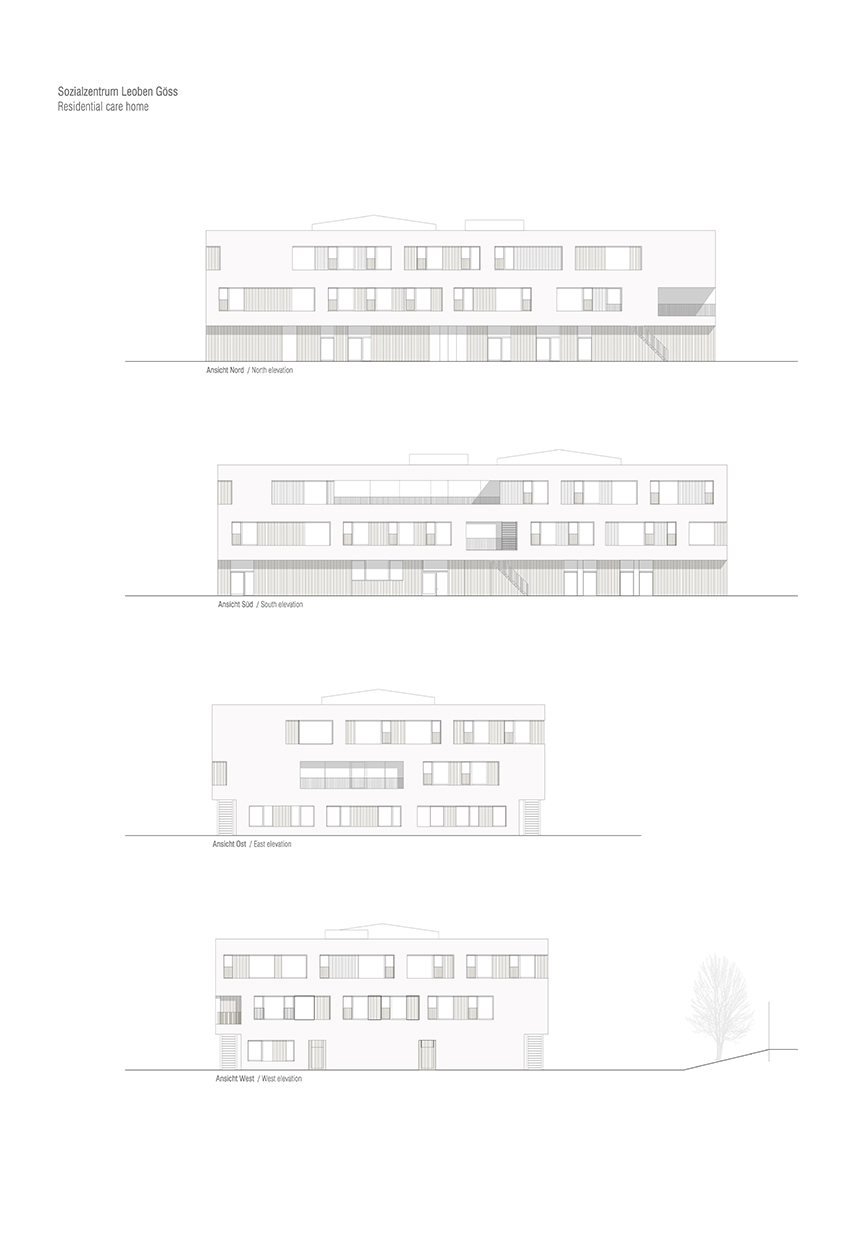 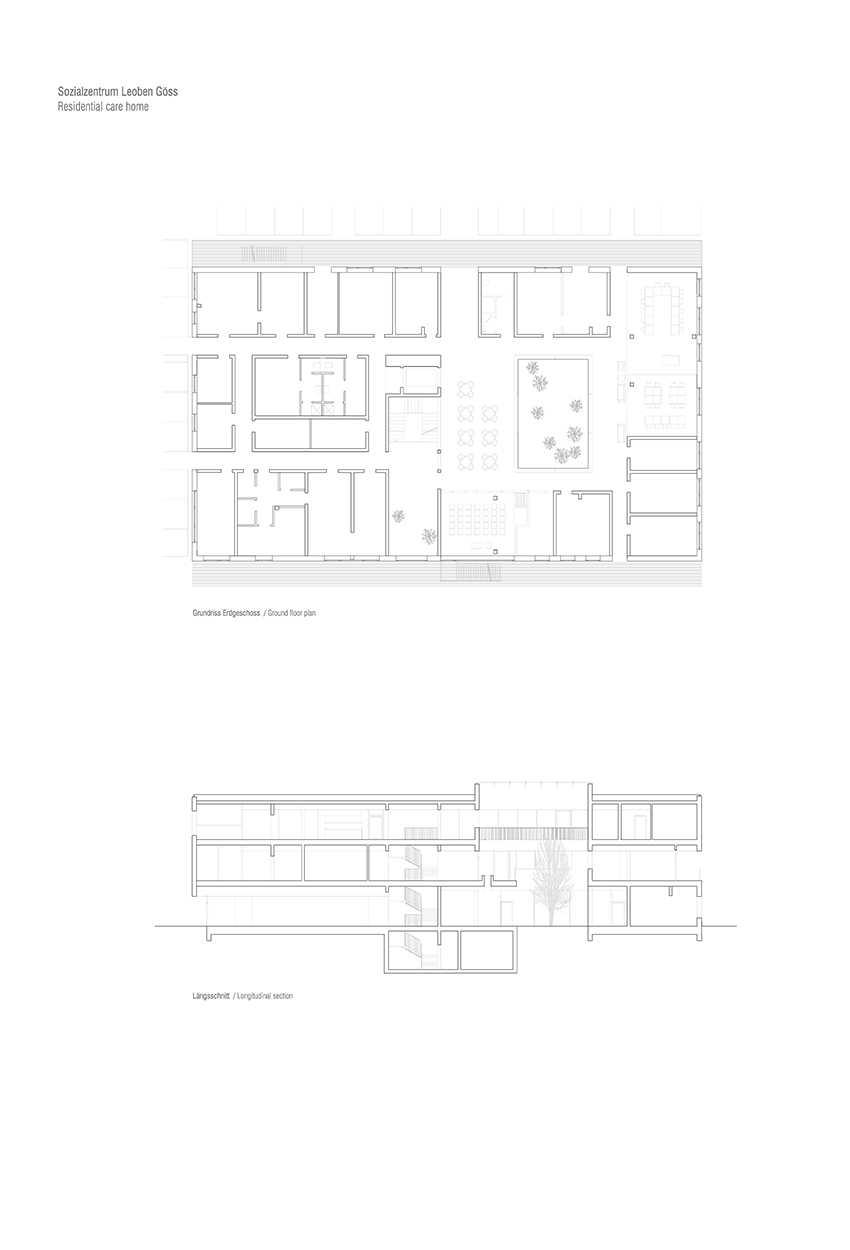 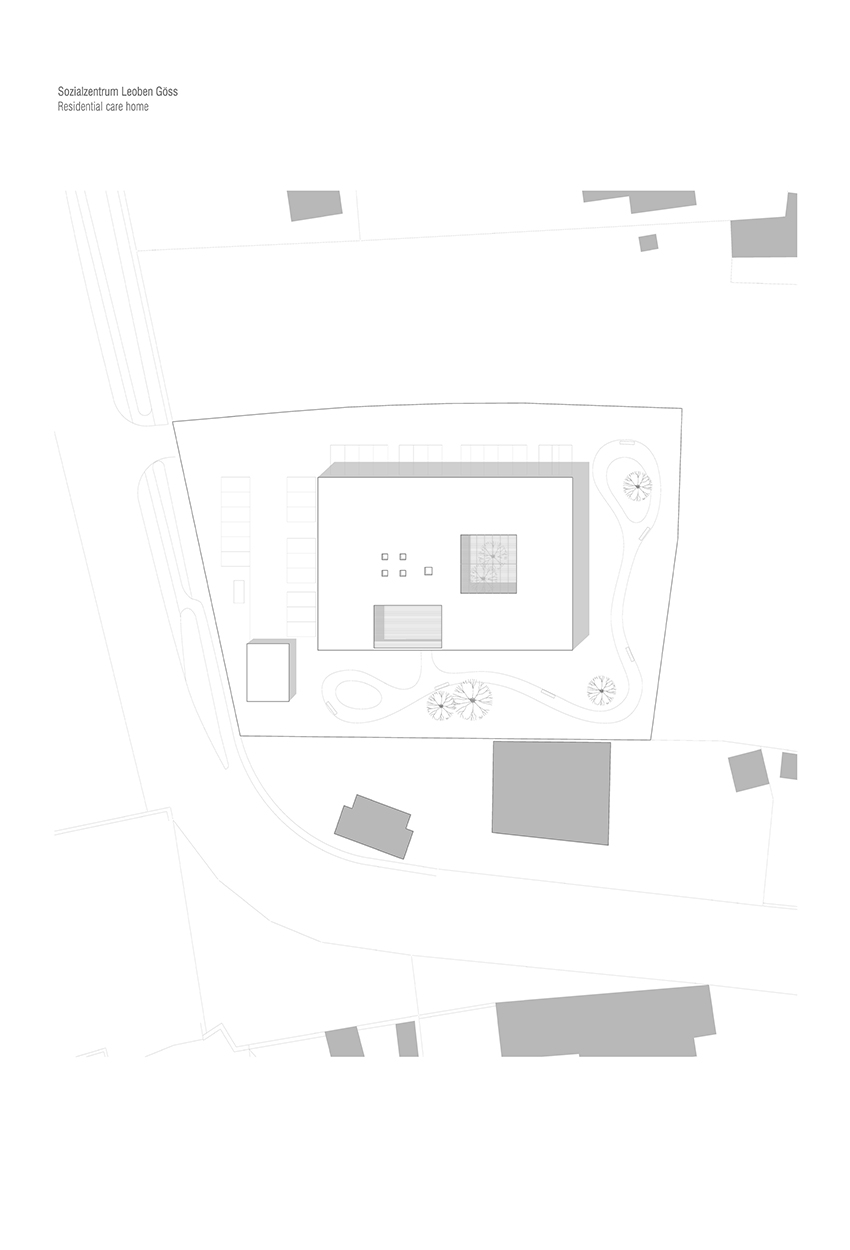 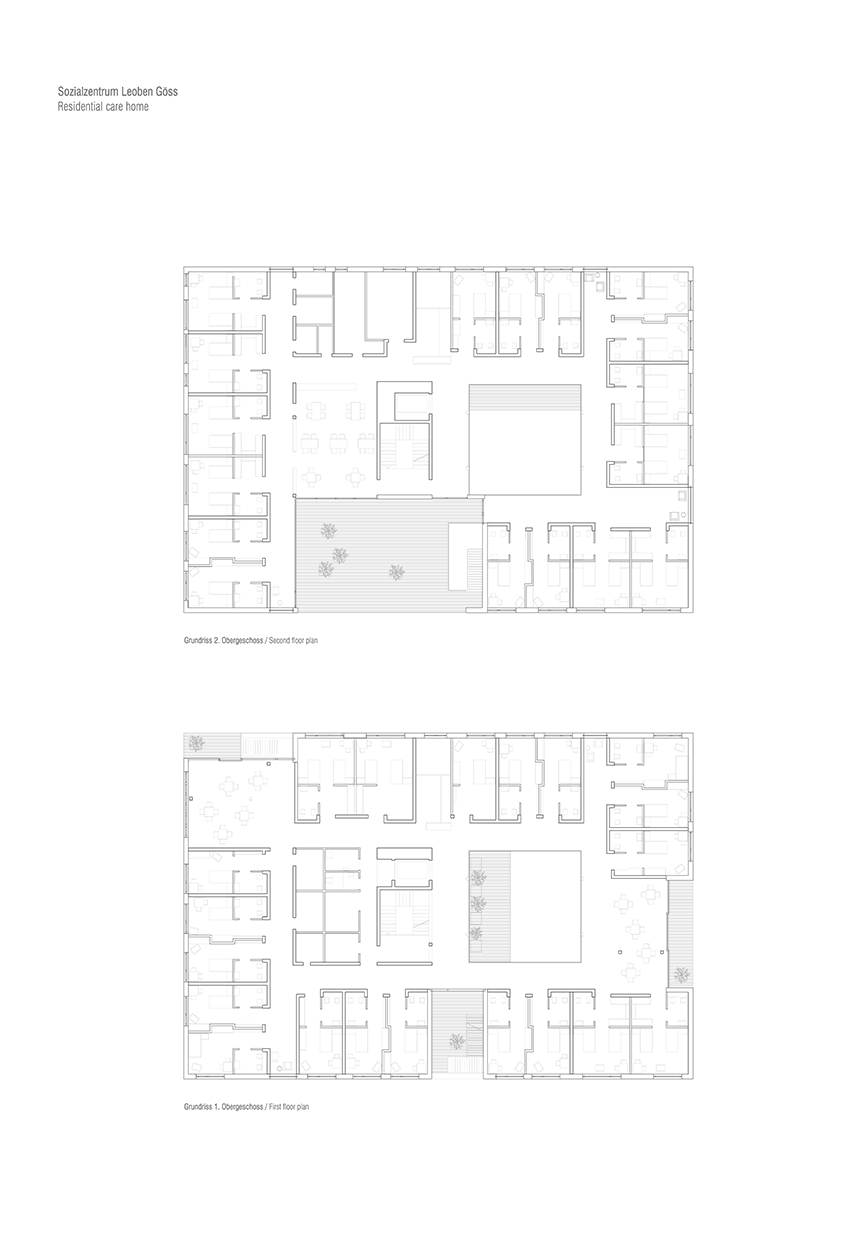