Developed in response to a Europe-wide competition announced by the town of Nenzing, this ambitious nursing home involved a lengthy development process in which the visions for the project in relation to care and management expressed by staff were gathered and incorporated into the design and planning of the project.  The result of this process is two different residential units merged to form one building.  Each unit has eight to ten residential care flats and is constructed around a central living area in the form of a two-storey heated atrium “garden”.  The relatively closed façades of the upper levels are panelled in untreated silver fir slats, while the more open and bright ground floor houses common rooms and general-use areas.

The residents’ rooms harbour a certain novelty.  From the familiar setting of a small flat with a living room and bedroom, a residential care flat consisting of a small living room with a window, a bedroom and bathroom was developed, needing little more space than a standard nursing home room.  The positioning of the central living area allows easy access for both residents and personnel.  Natural materials as well as the natural light entering through the ceiling of the atrium create path-free yet easily navigable shared spaces.  The layout of the residential units allows motorically overactive residents to walk a loop of the building without encountering major obstacles.  “We thoroughly enjoy coming into the new house” enthuse carers, showing how pleased they are with the new spatial concept which allows them more time for caring for residents.

The design of the house – the architecture – creates a calm and stable background to life in the home.  Behind the flexible layout and the solid architectural background lies a highly functional construction with passive house standards and current technologies.  A pleasant interface between home and contemporary architecture. 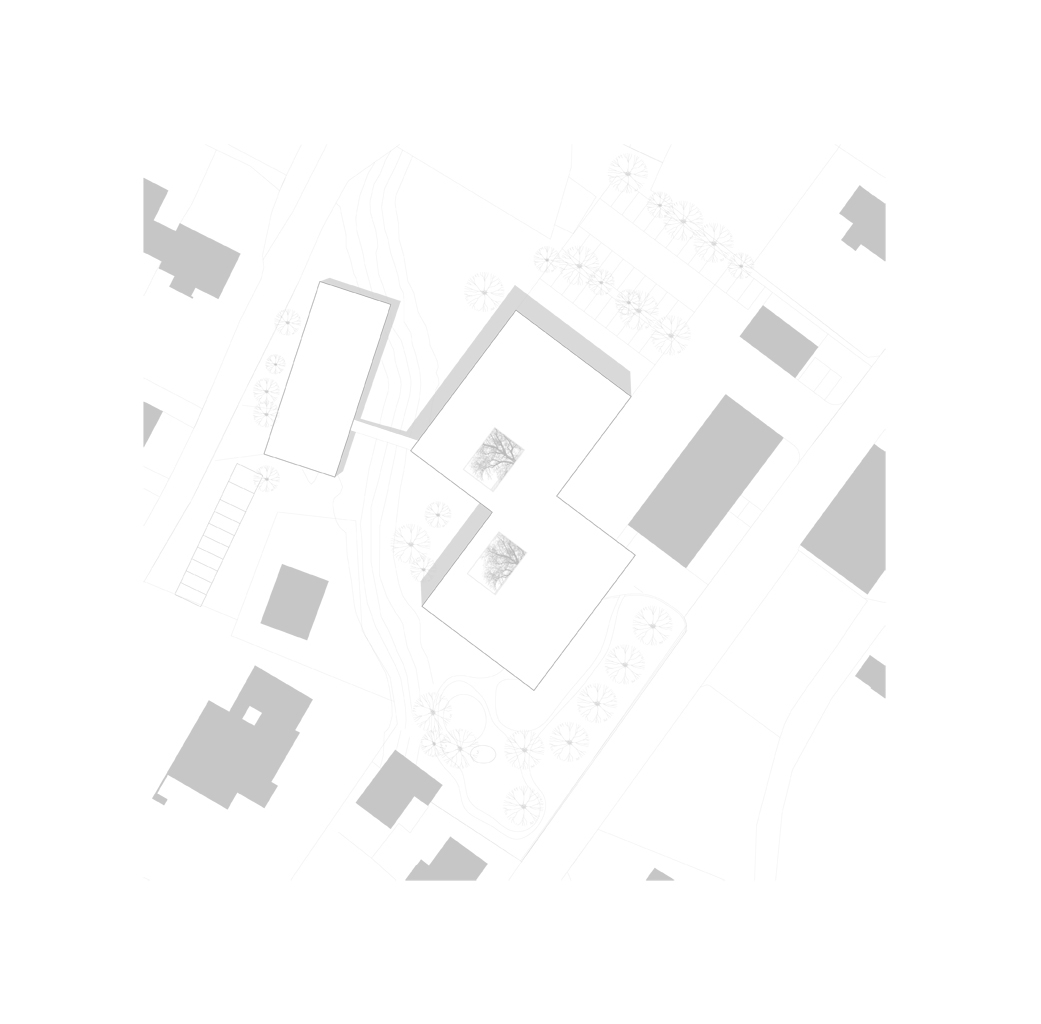 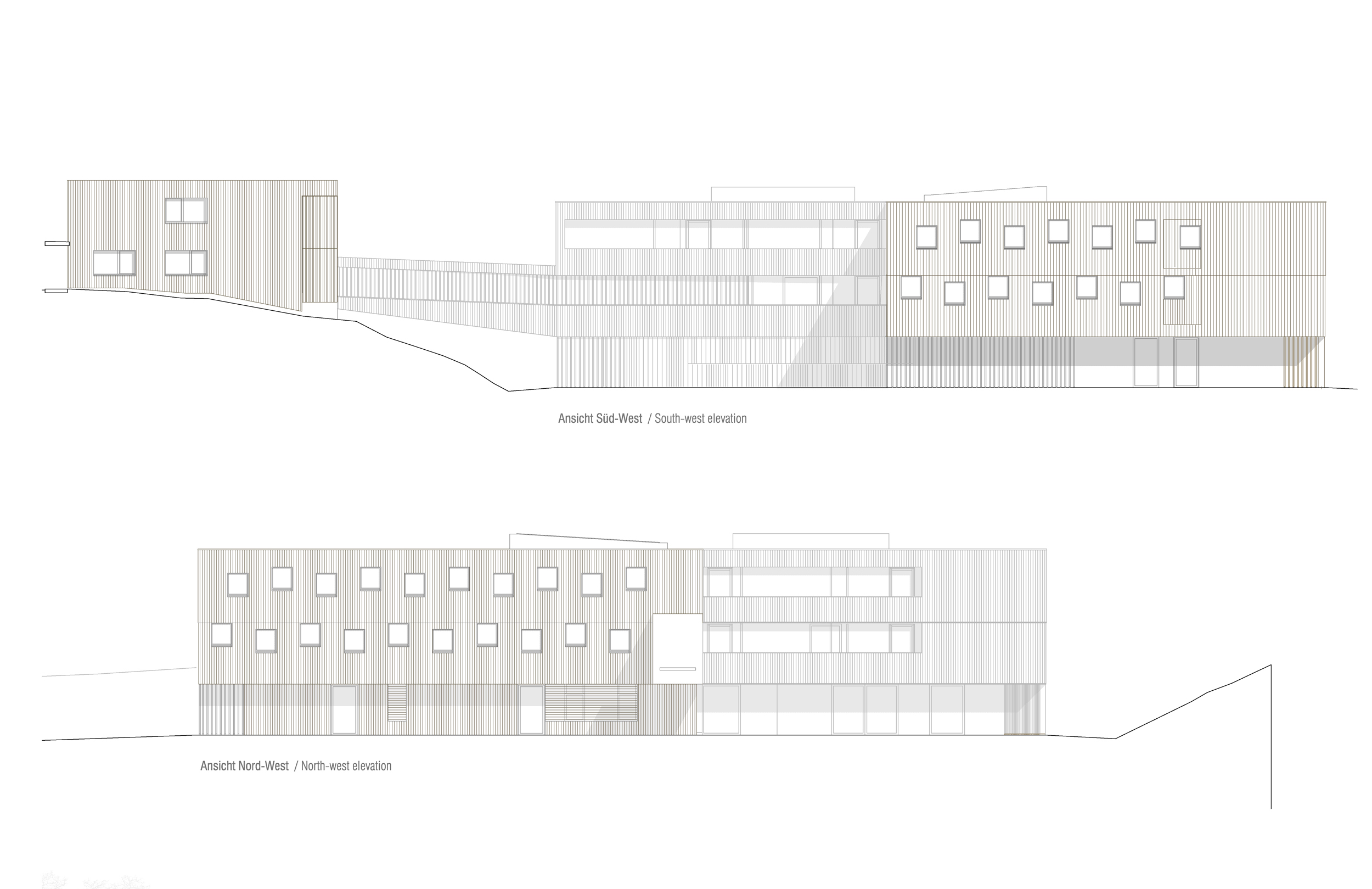 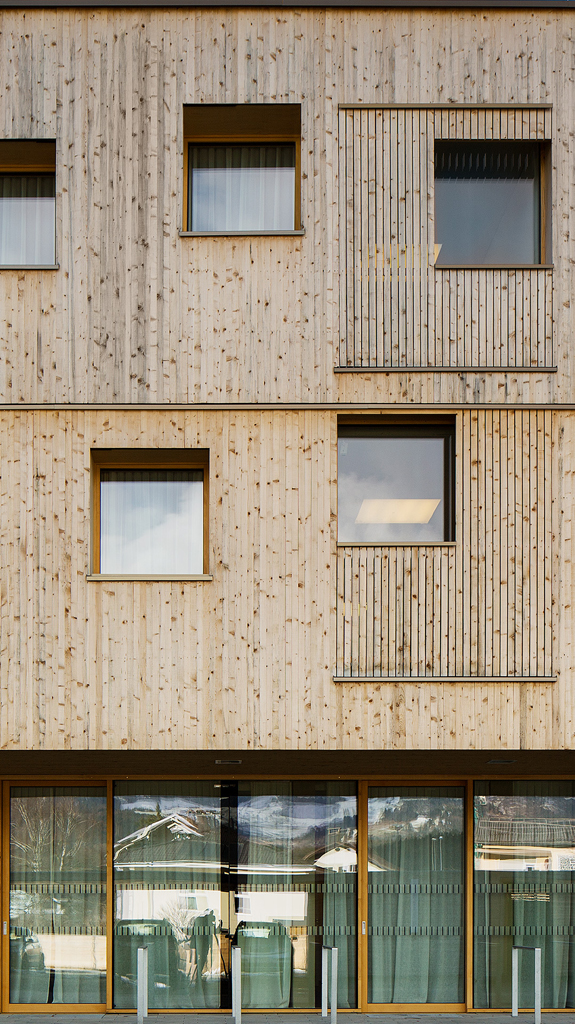 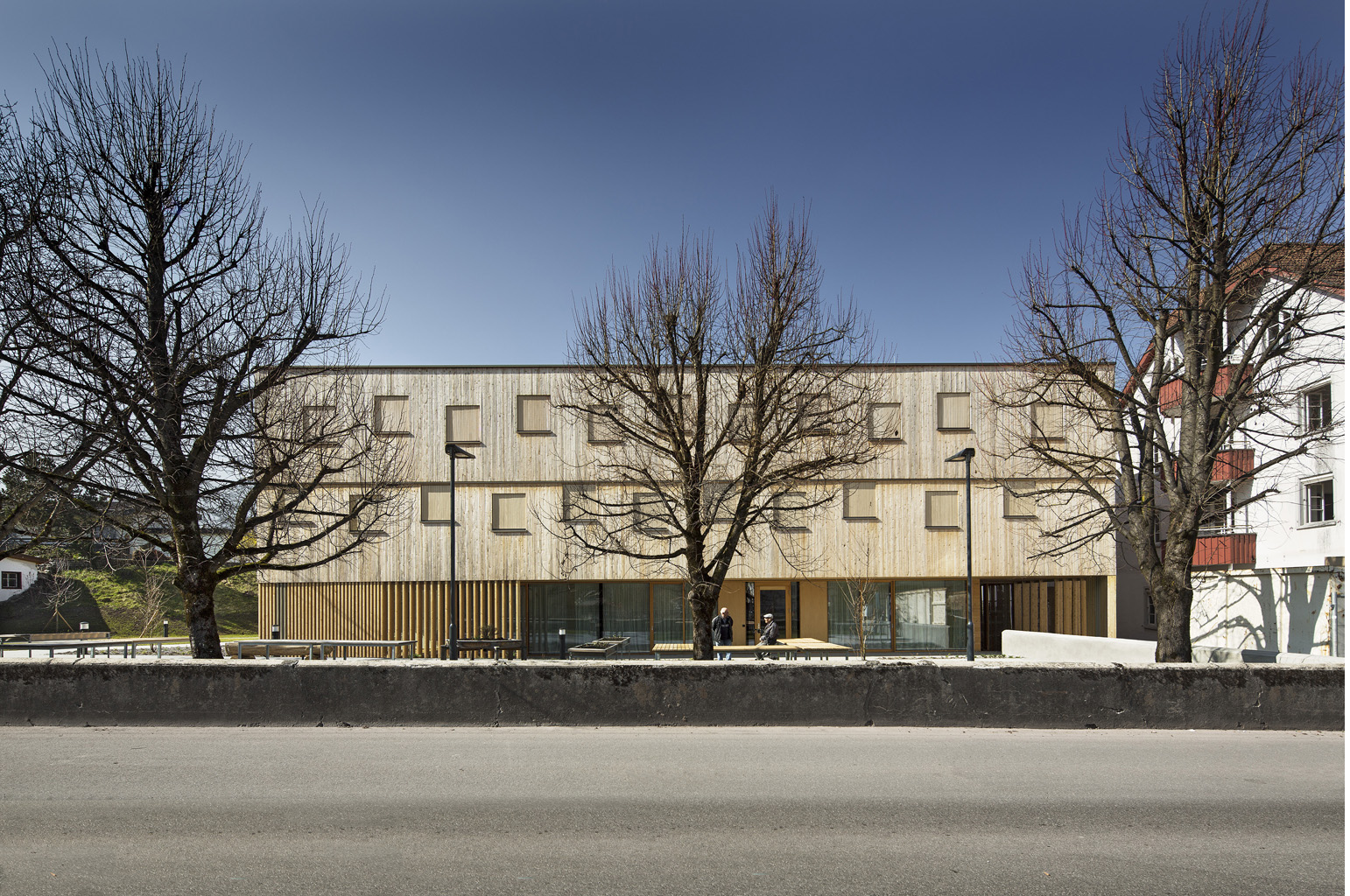 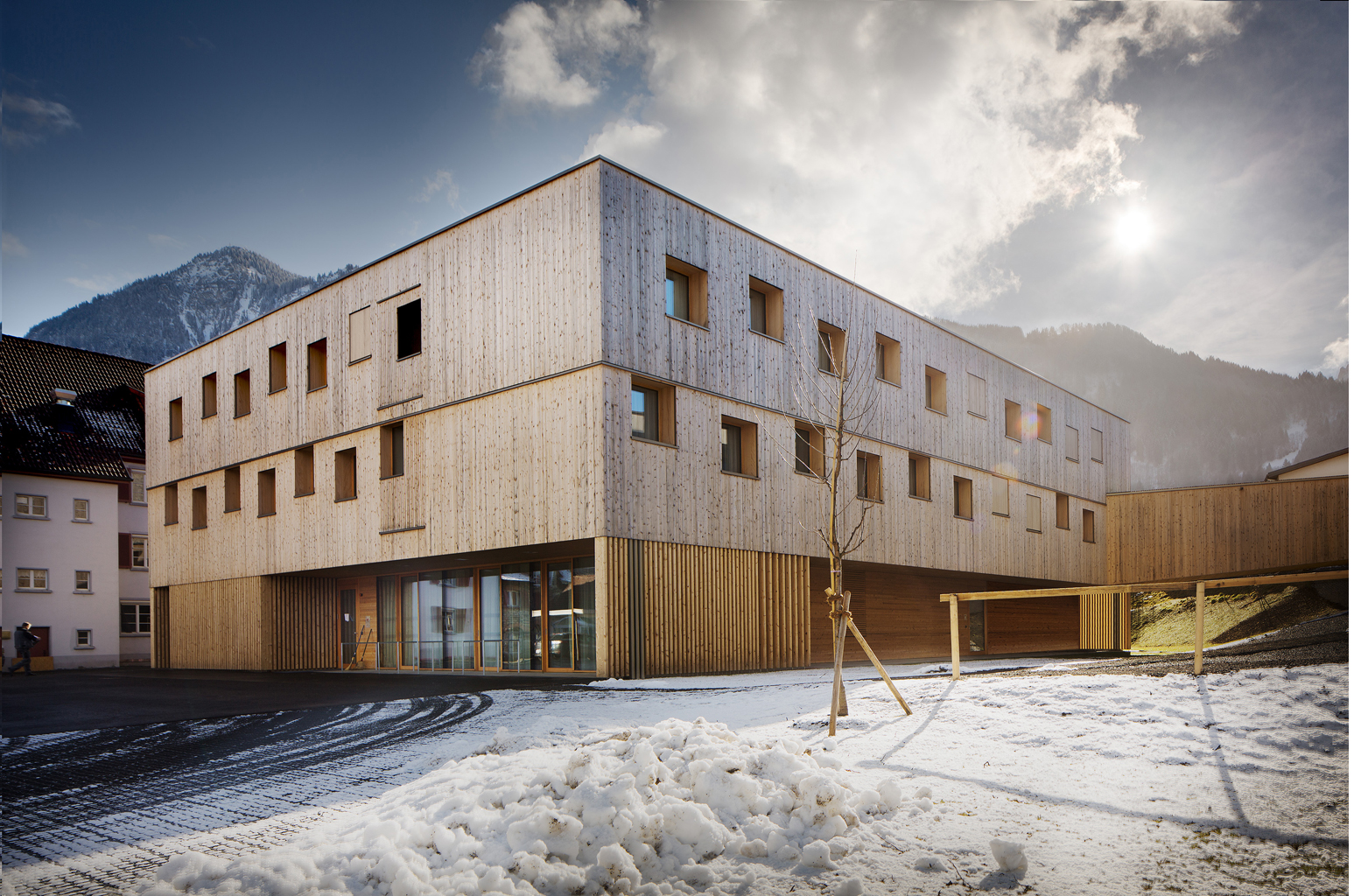 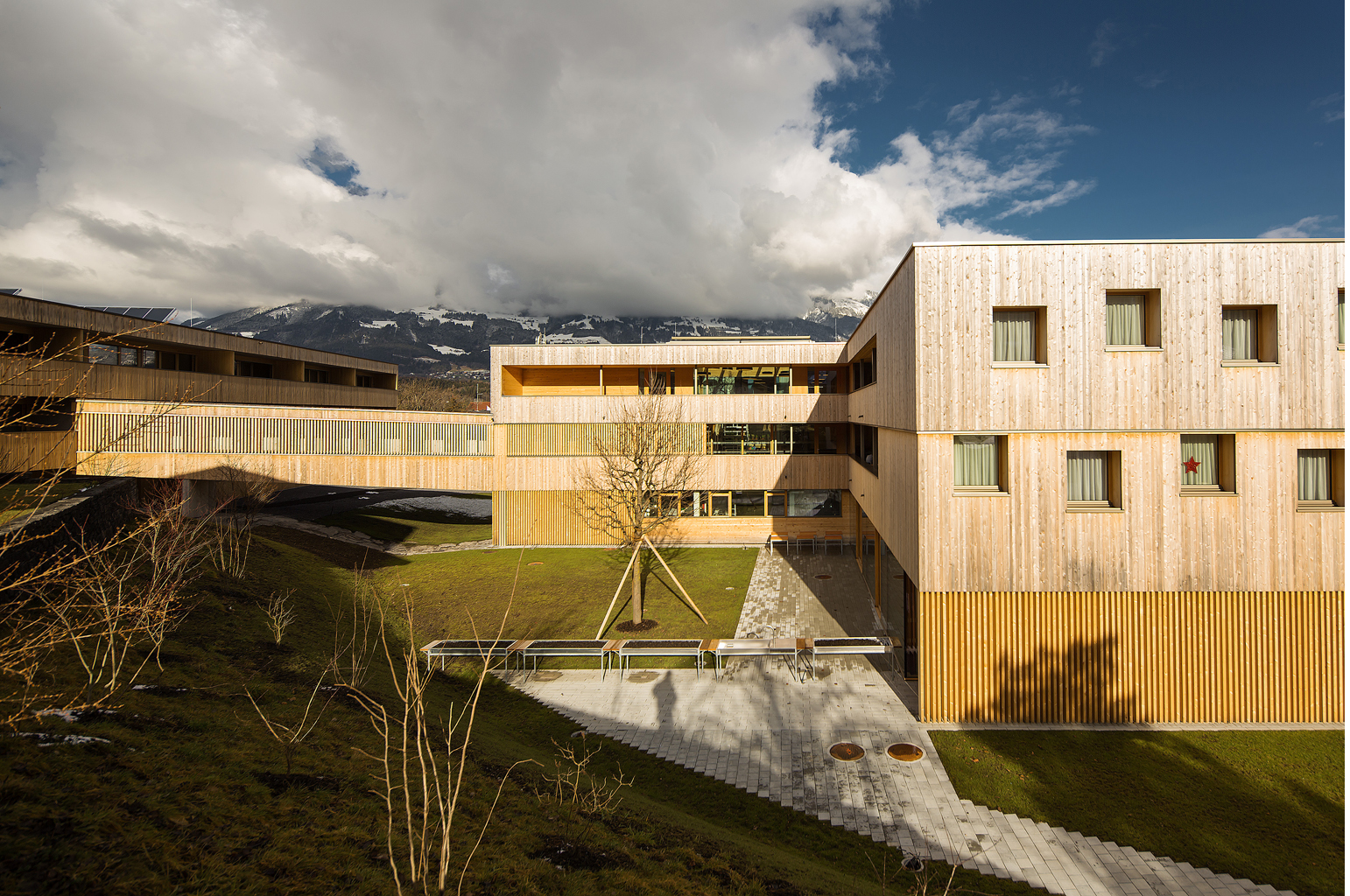 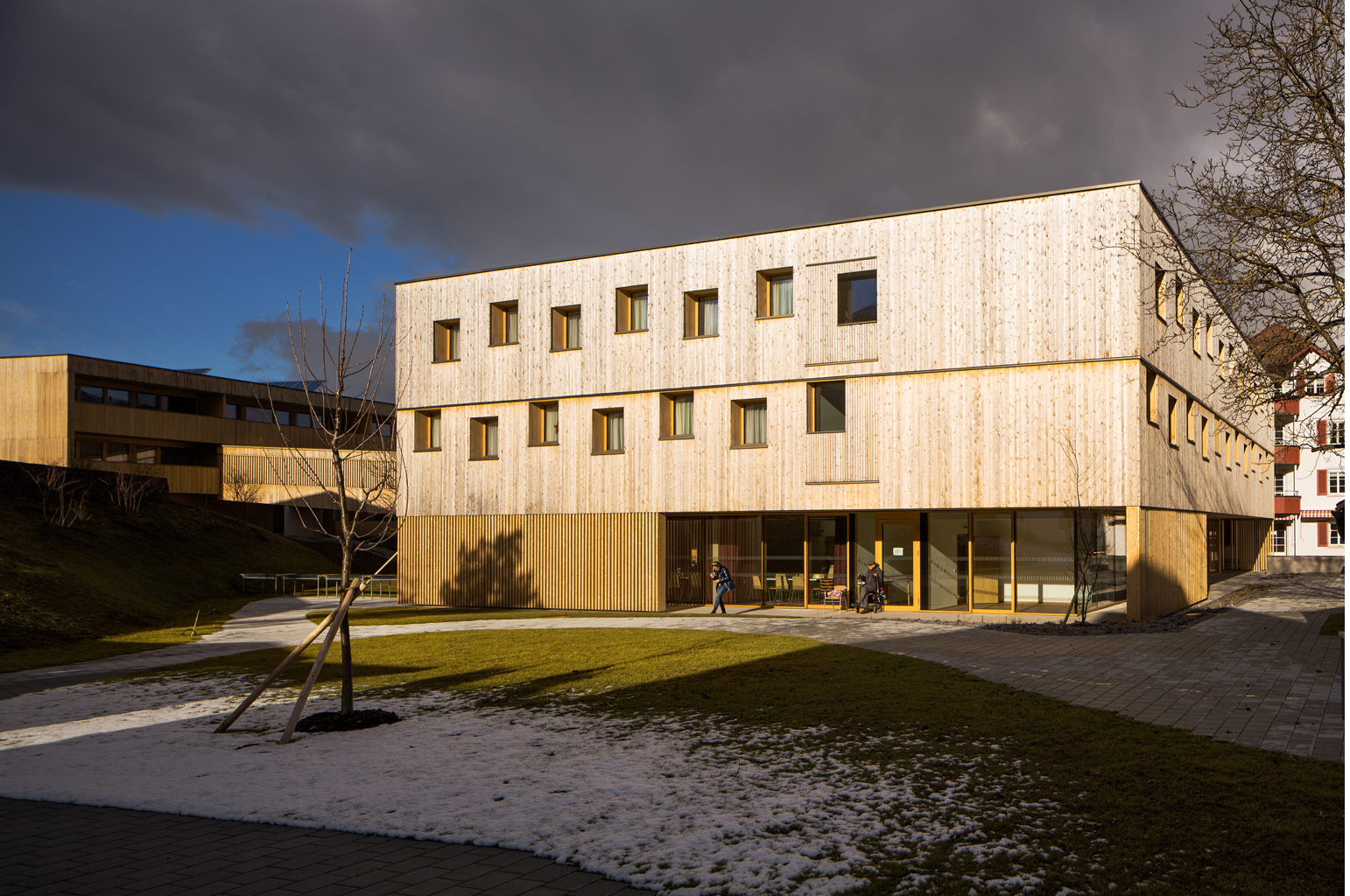 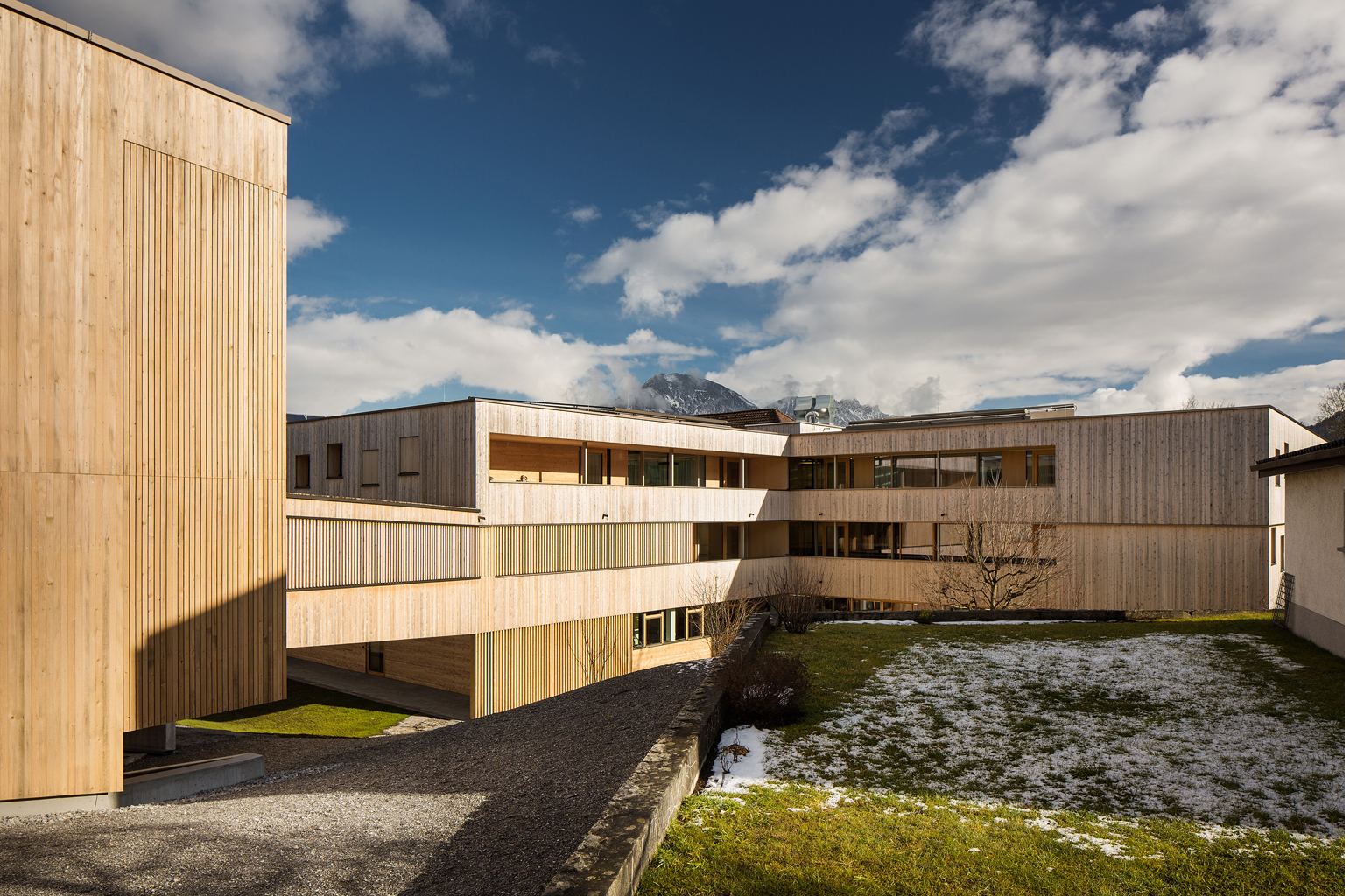 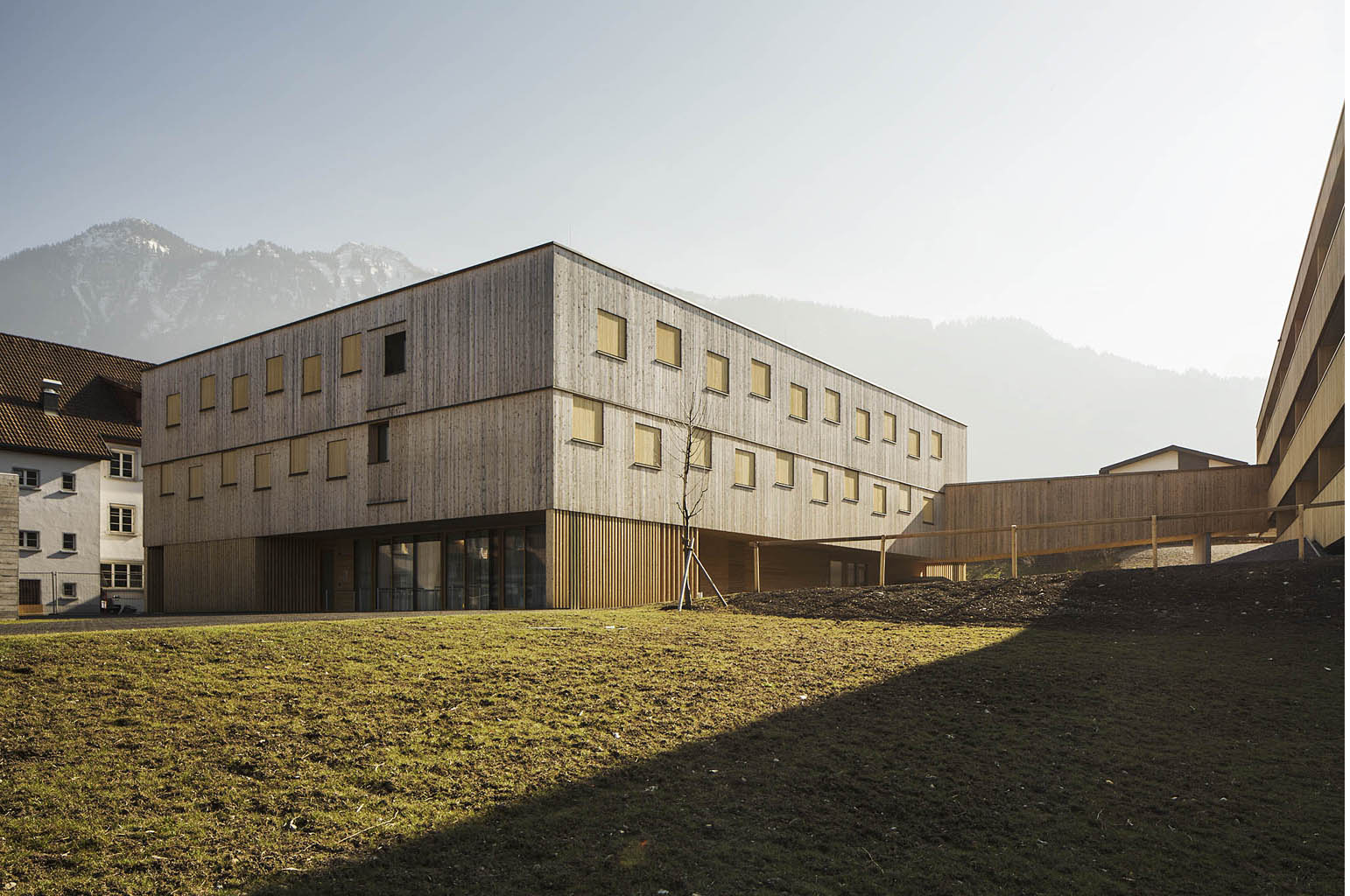 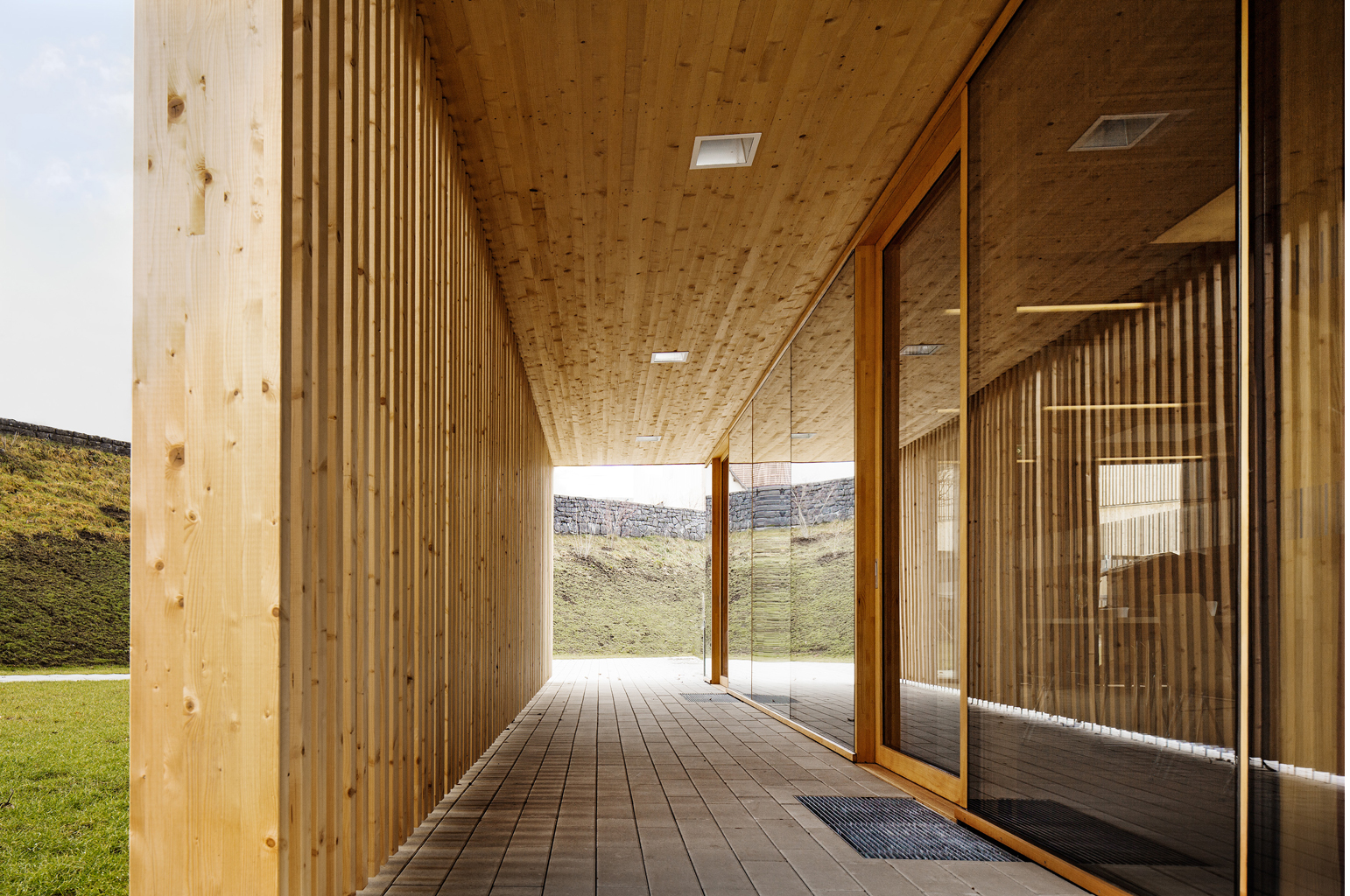 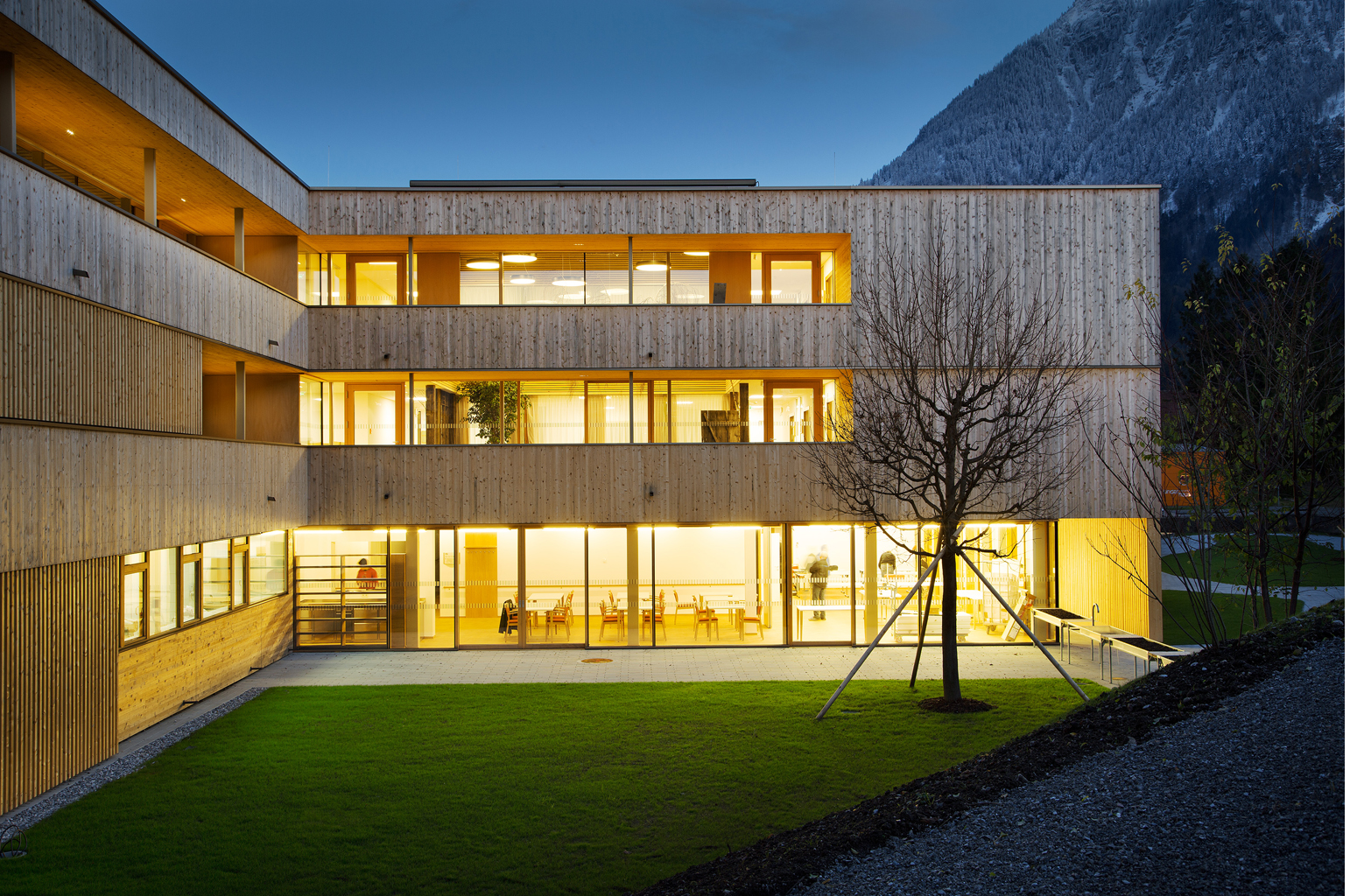 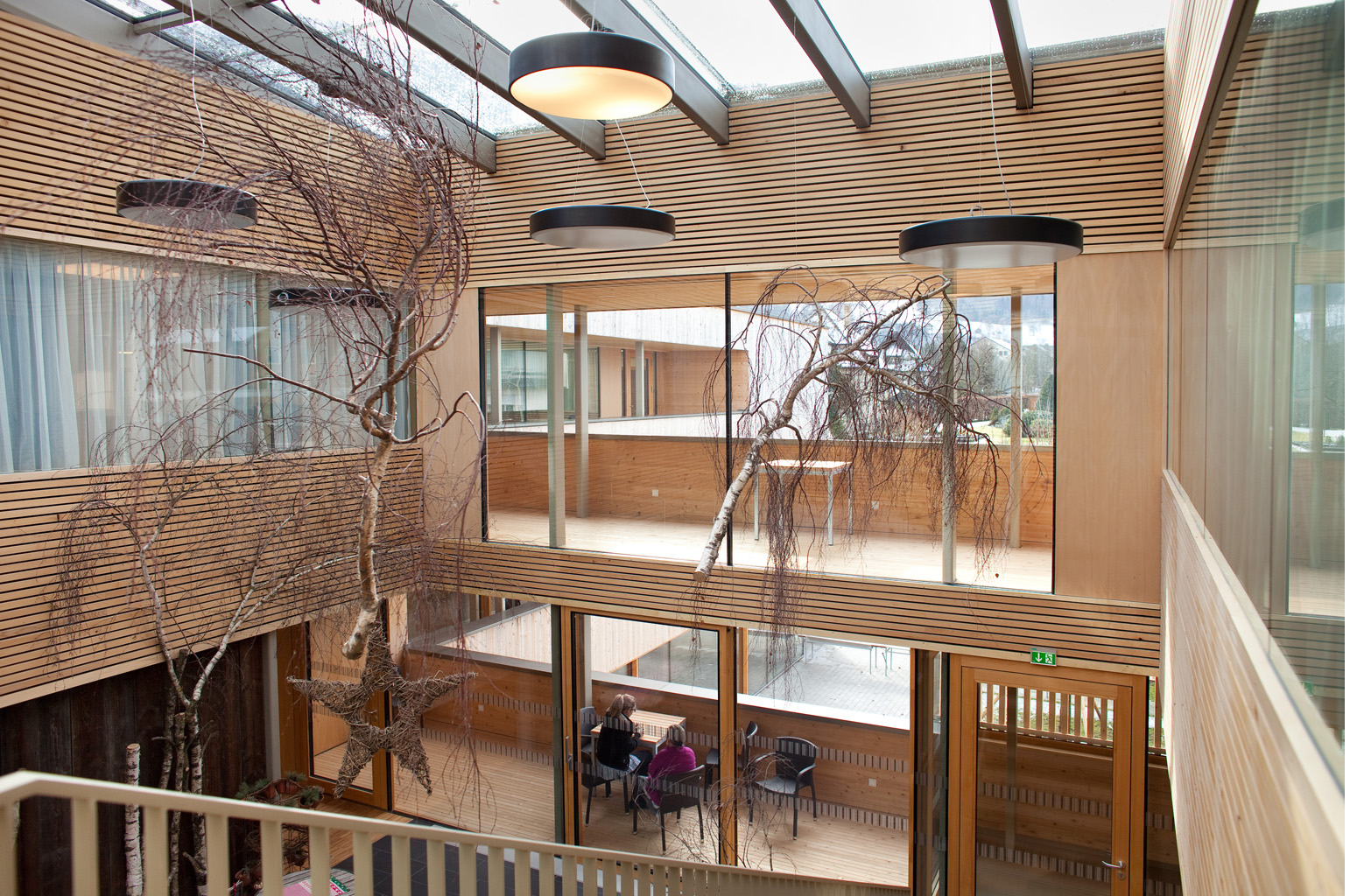