The retirement and nursing home of Steinfeld was built as a low-energy house. With its large, relatively enclosed volume and its many visual details it refers to the surroundings and the roots of the residents. The choice of materials – a two-storey timber frame construction built on a concrete base – corresponds to the regional, rural construction method and the filtration of the incident daylight in some areas mirrors the atmosphere of haylofts and barns. The familiar view on the Latschur, the home mountain of the region, is also provided by many openings in the building. The conservatory in the centre of the building has a pleasant, identity-forming effect and offers natural light to all public areas like the hall and corridors.

“The scenic beauty of the Drautal defines the degree to which the retirement home is opened to its surroundings. The openness of the interior is an astonishing characteristic of the building. Wissounig breaks with the exterior appearance of a moulded, elongated building by cutting it lengthwise with two axes. The result is that the internal volume – the core – is visible as a multi-storey atrium. Apart from bridges connecting the levels of the first and second floor from east to west and floor-to-ceiling plants the atrium has no fixtures. It connects all levels visually.”
Karin Tschavgova, Die Presse 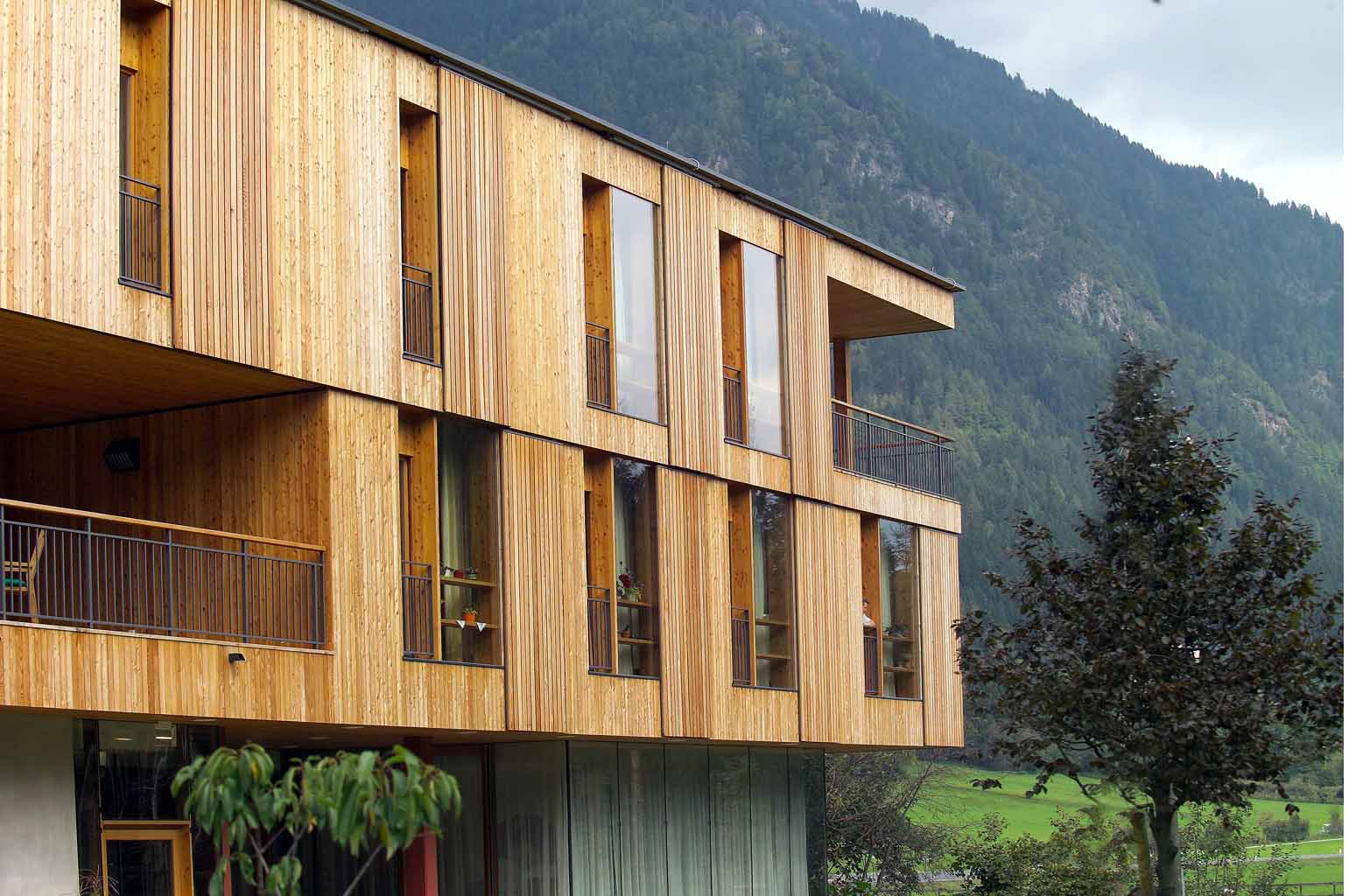 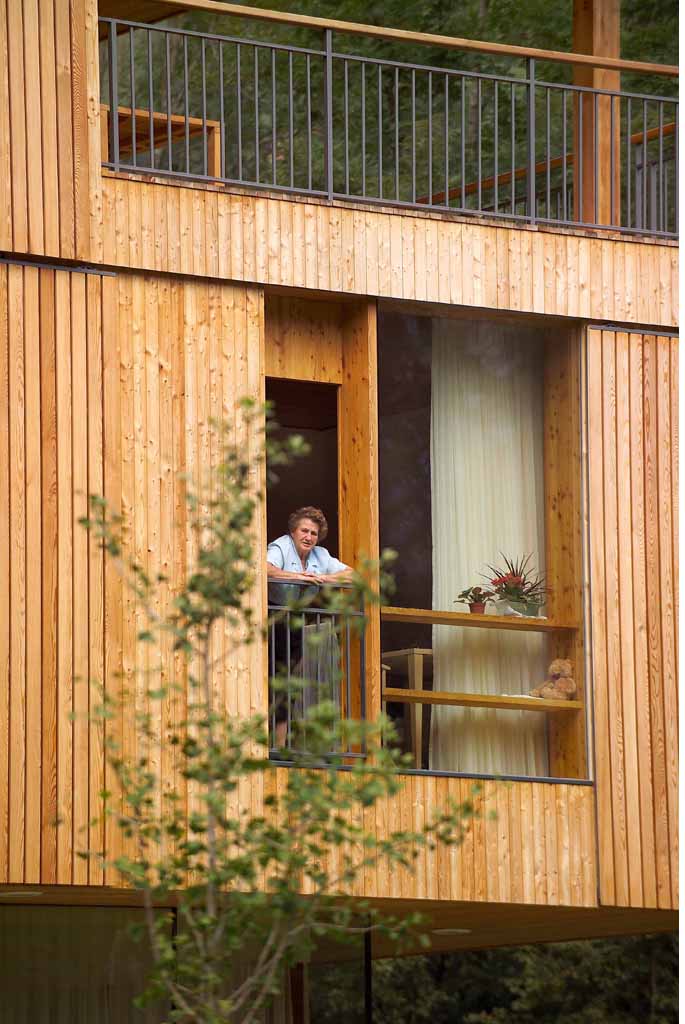 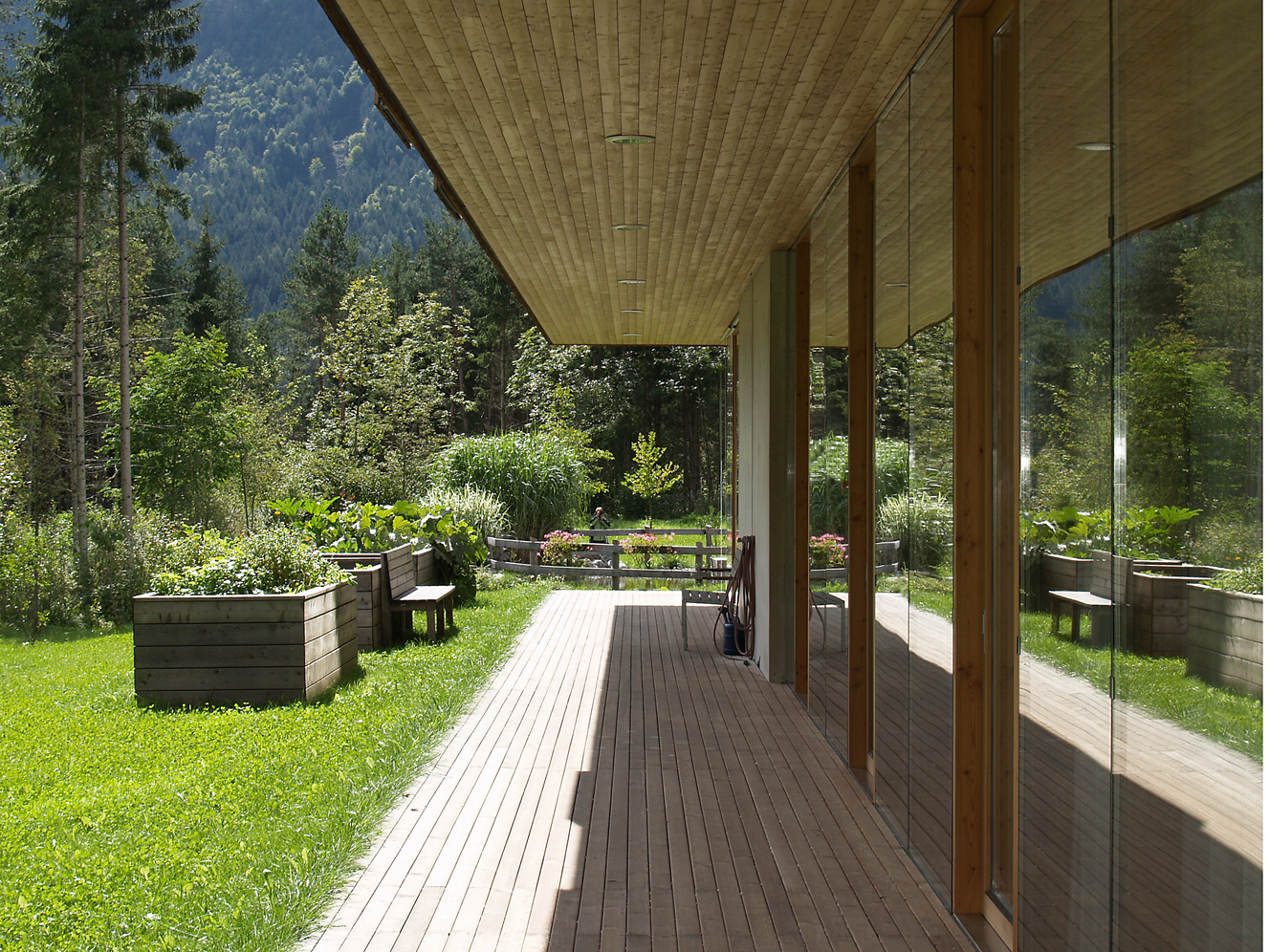 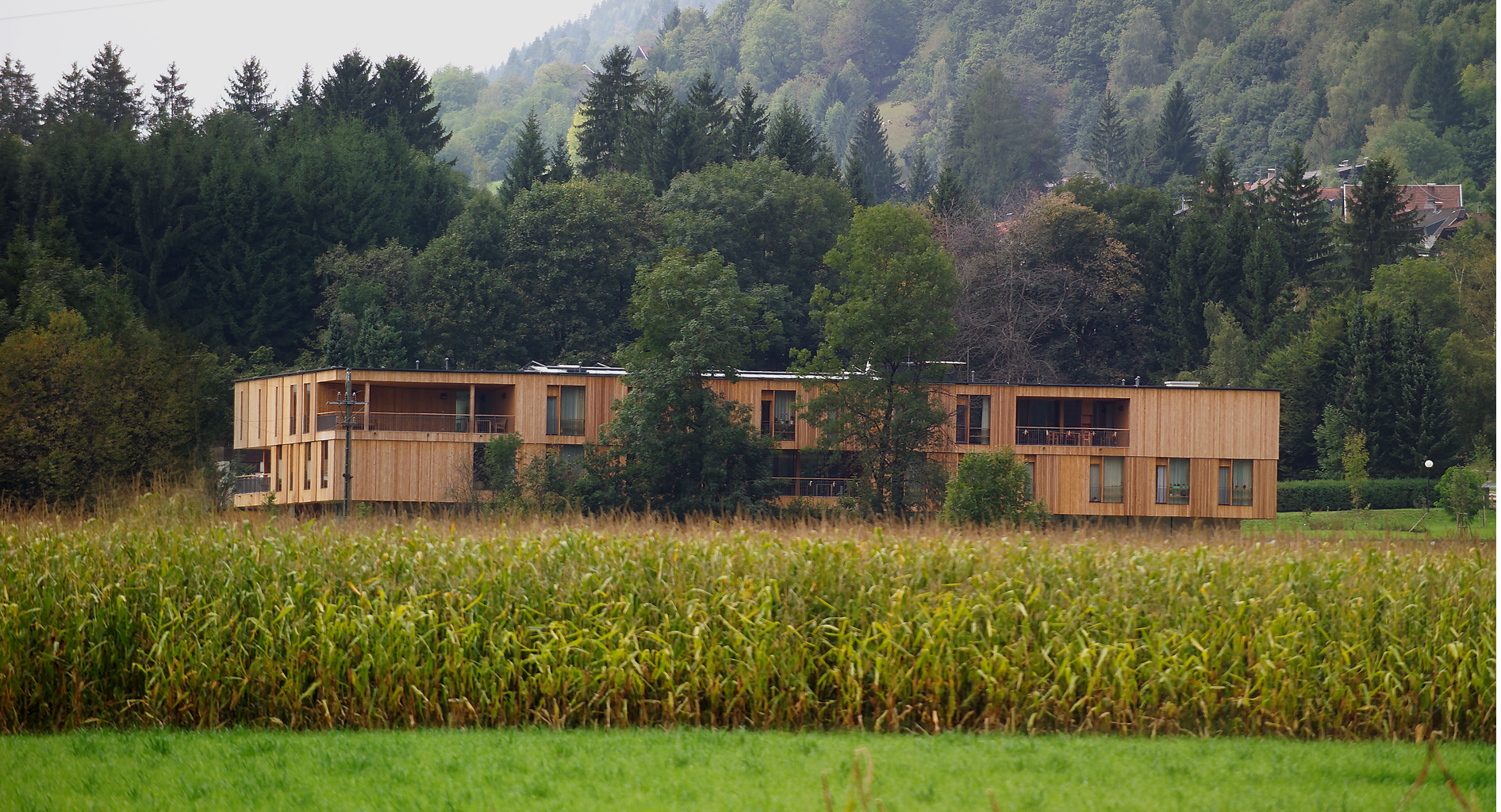 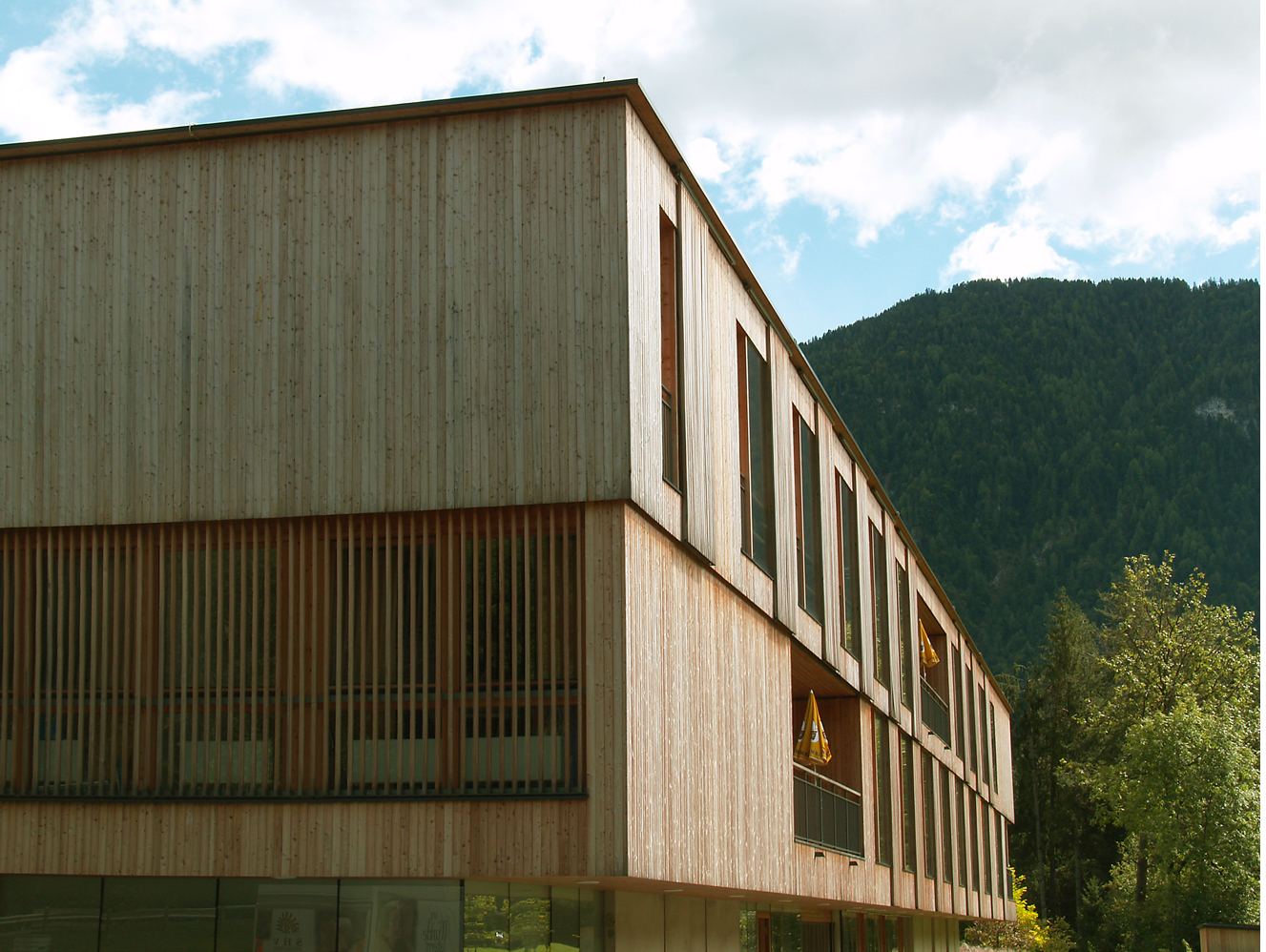 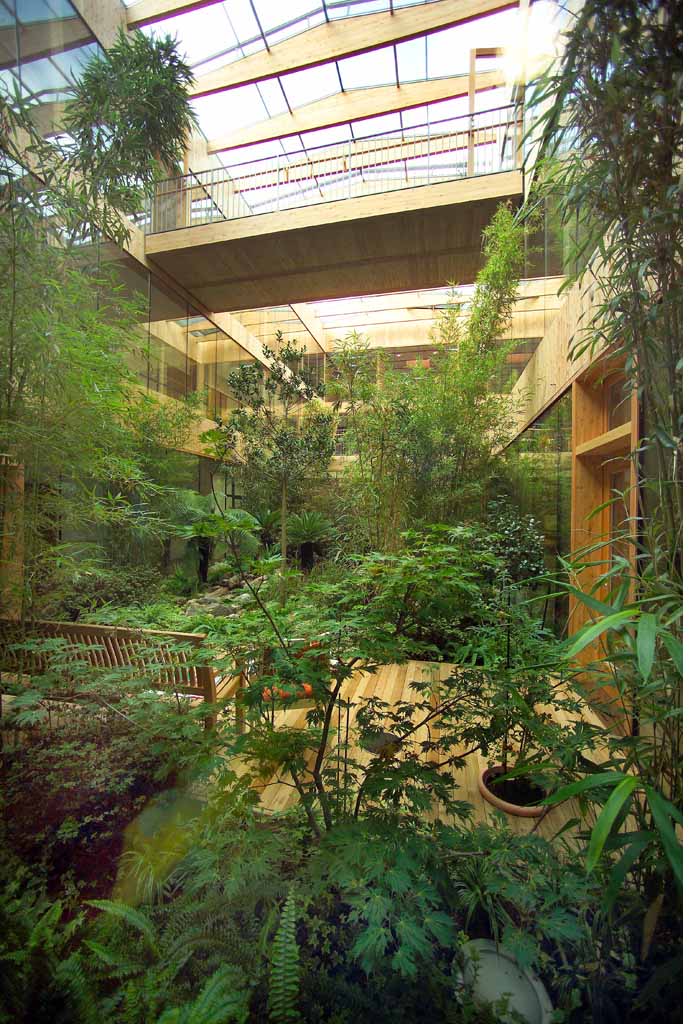 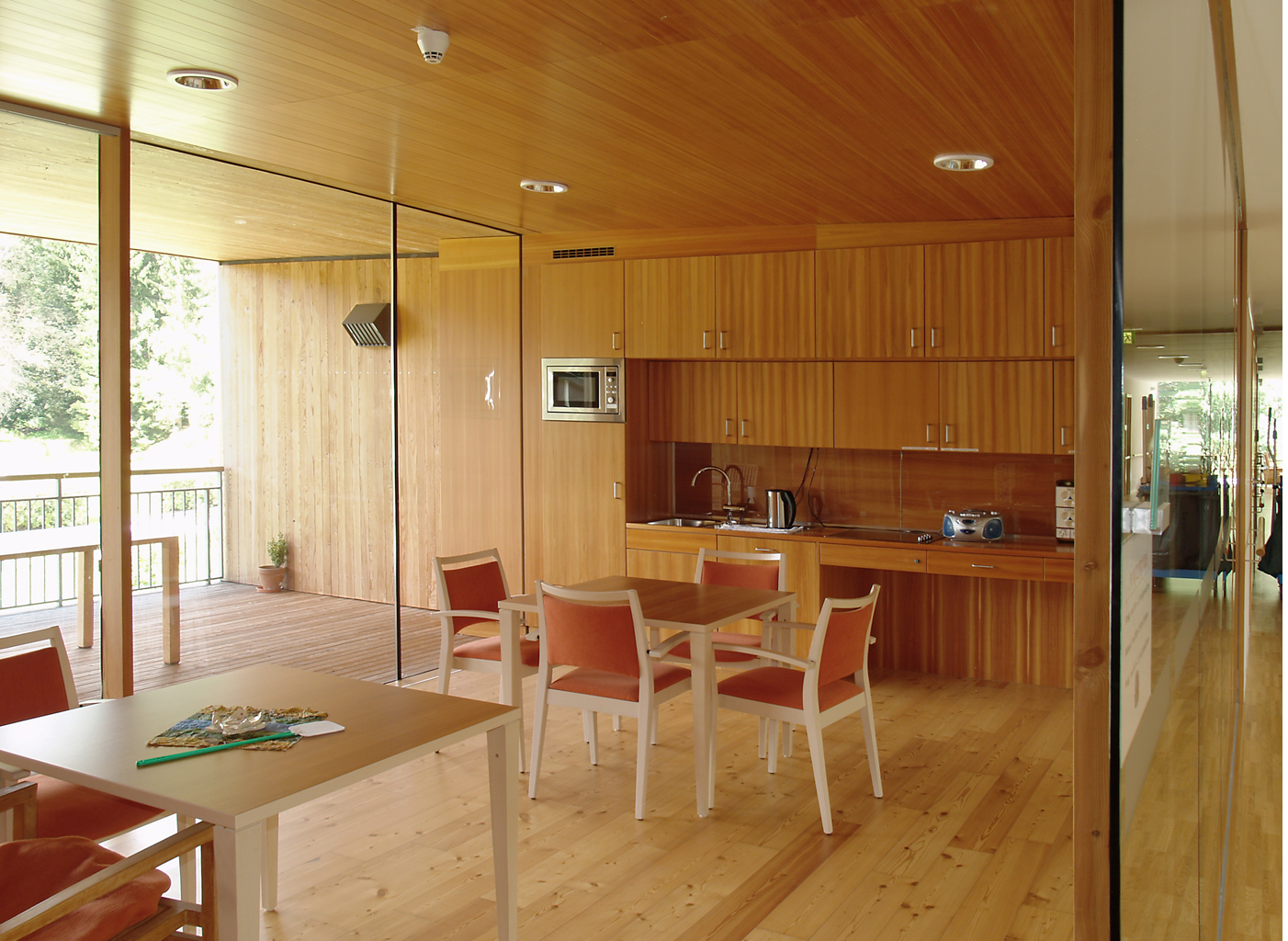 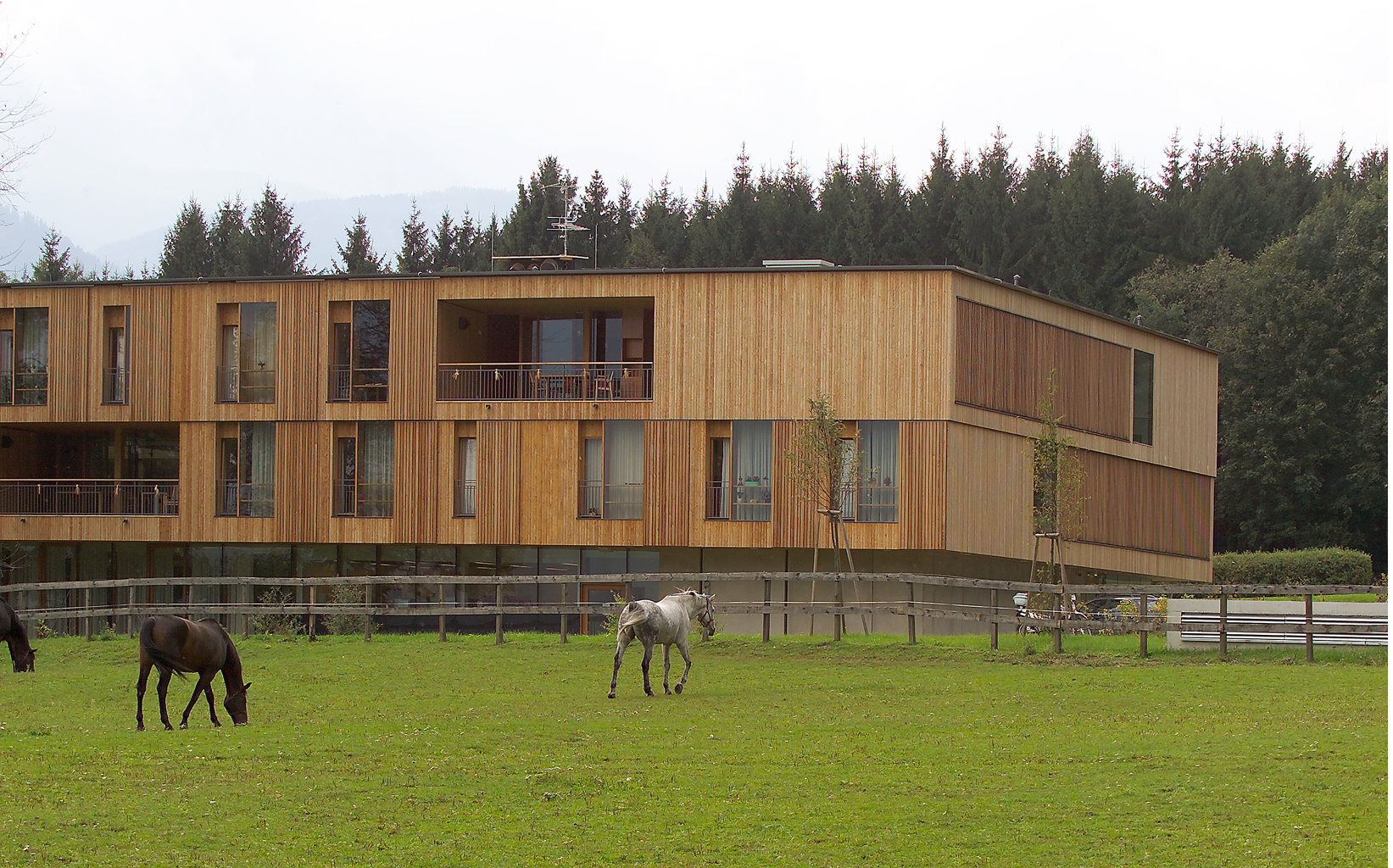 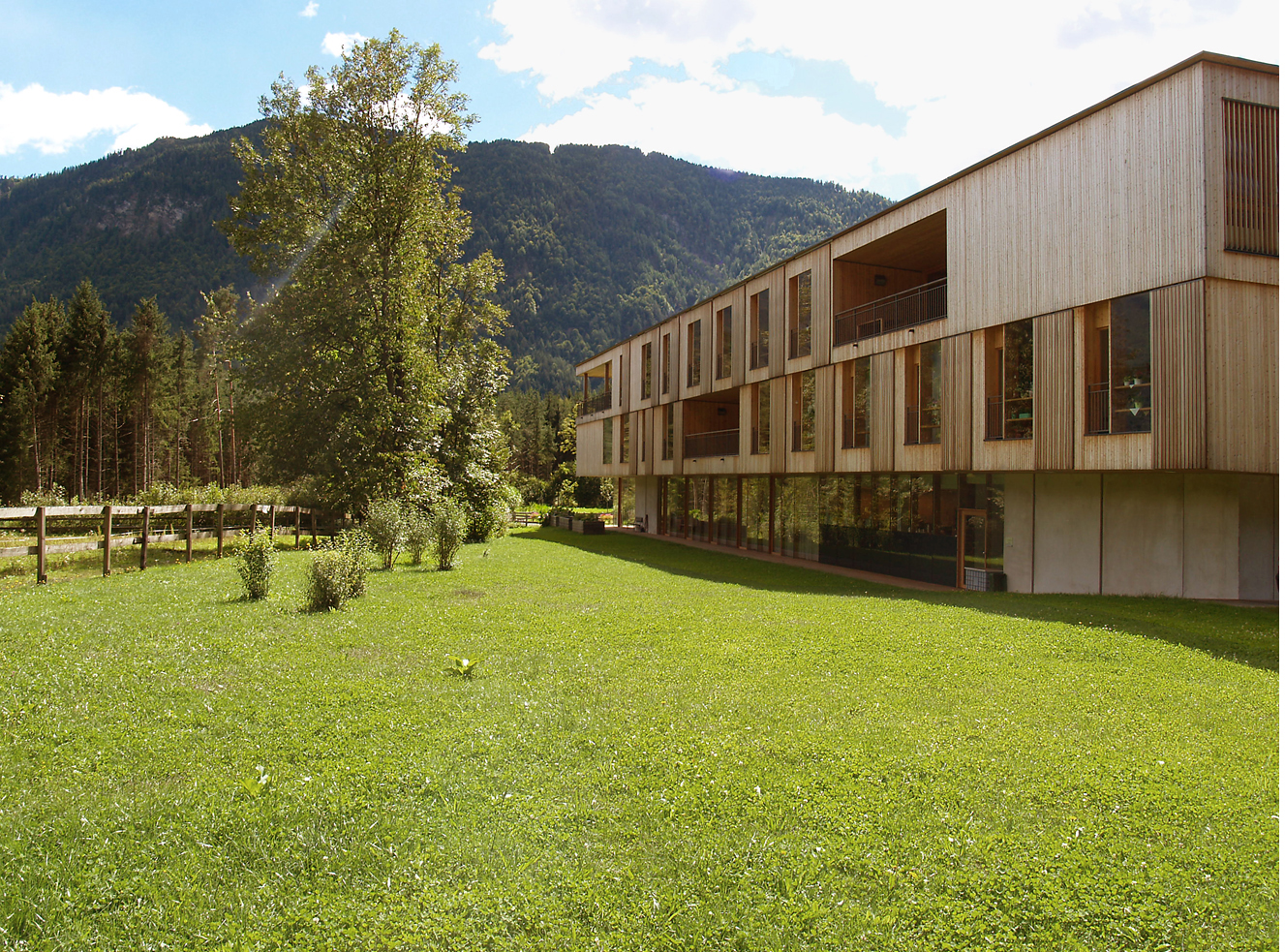