Similar to the social centre Nenzing, the Maria Gail retirement home consists of two overlapping three-storey buildings with almost square ground plans. Their intersections contain the access and the nurse’s station for two residential groups on each floor. The residential groups are situated around two atriums used as winter gardens which can also function as event venues. Balconies and loggias form a connection to the outdoors, where the focus is on appreciating the familiar mountainscape. The site is located on the outskirts of the town of Maria Gail, neighbouring the primary school, the after school care centre, the cultural centre, the fire station and various residential buildings. This is why the building was positioned in a way that two large outdoor spaces – the entrance fore court and the publicly accessible garden for dementia patients – form a cross-generational connection to the town. 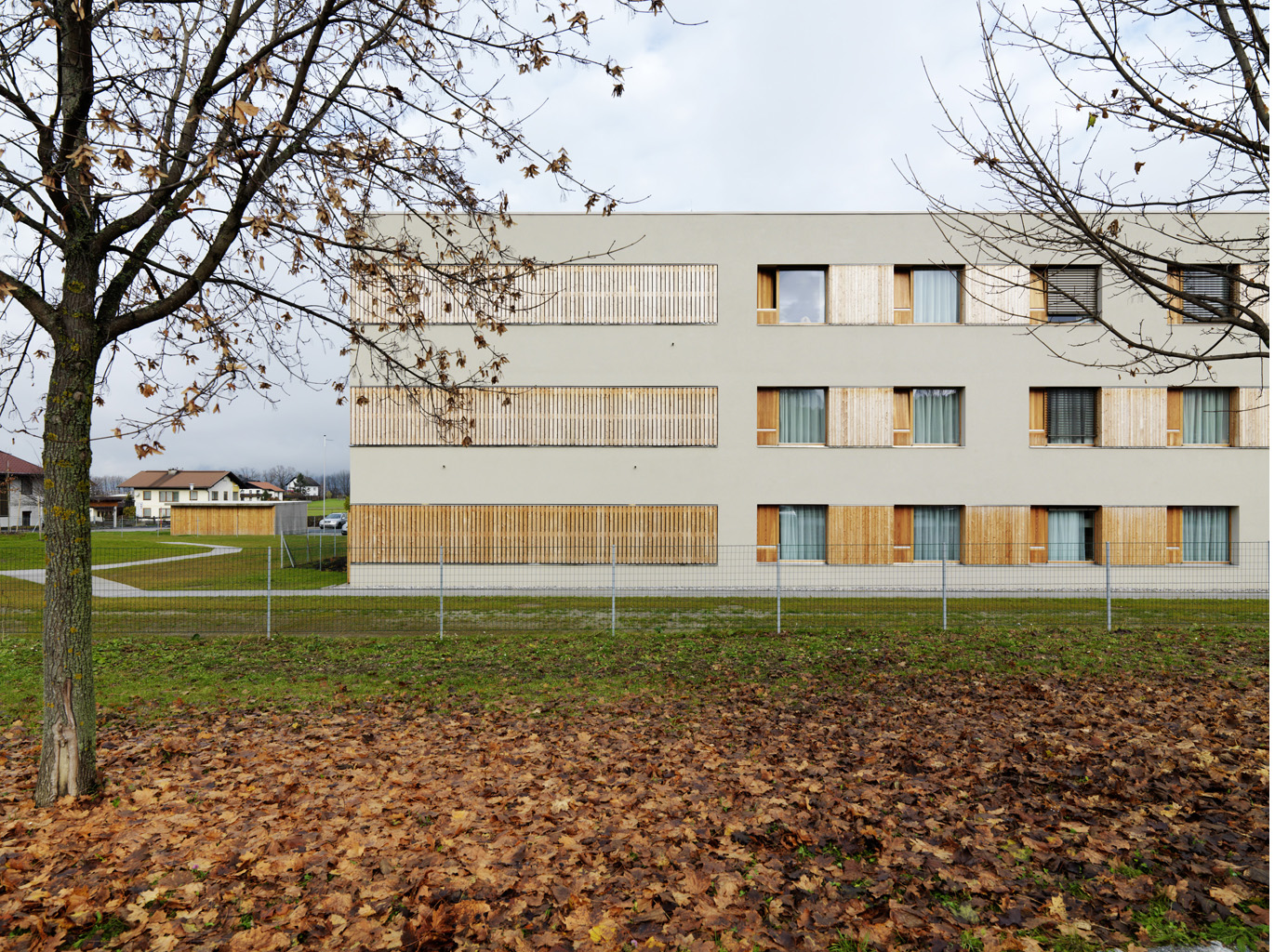 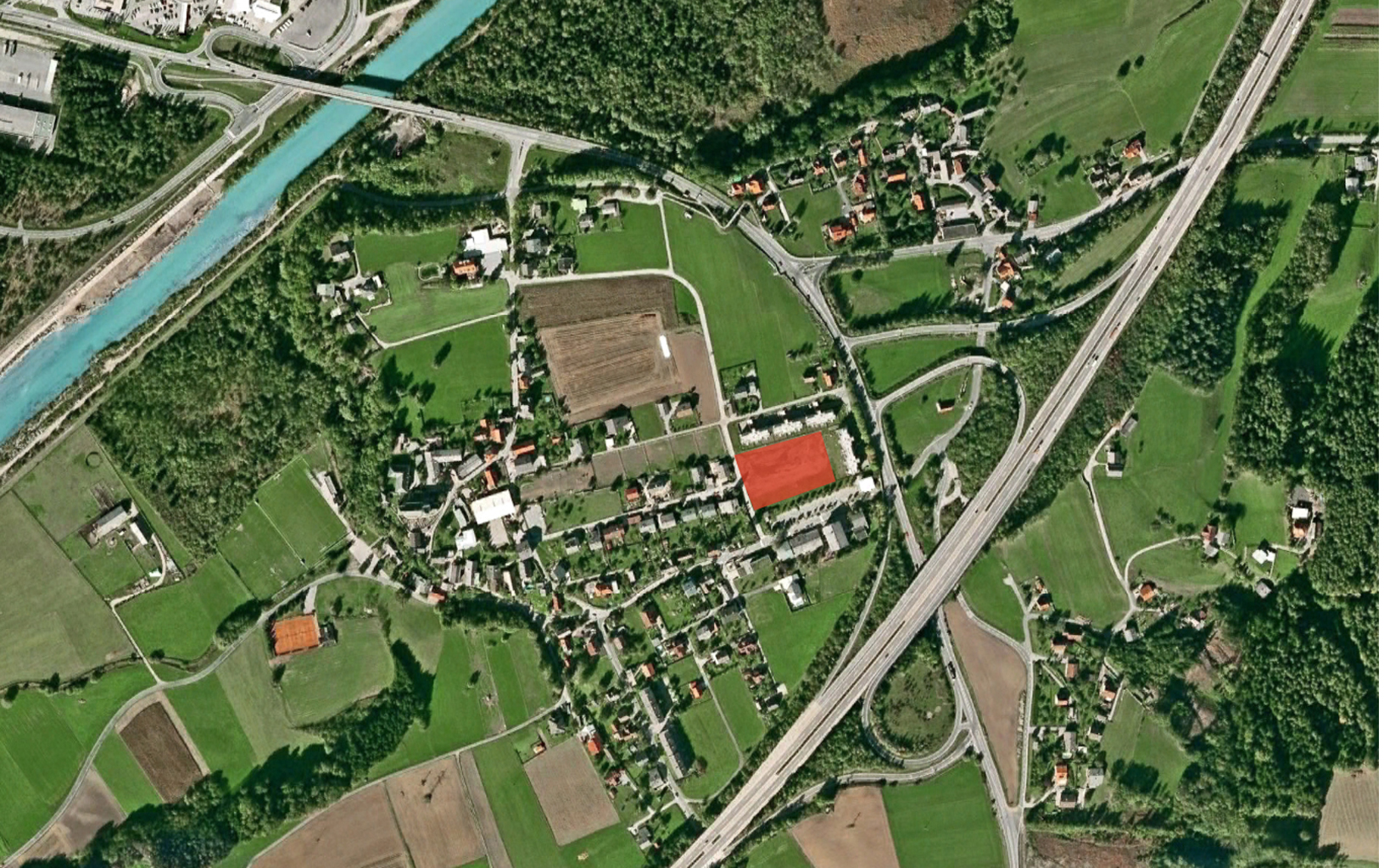 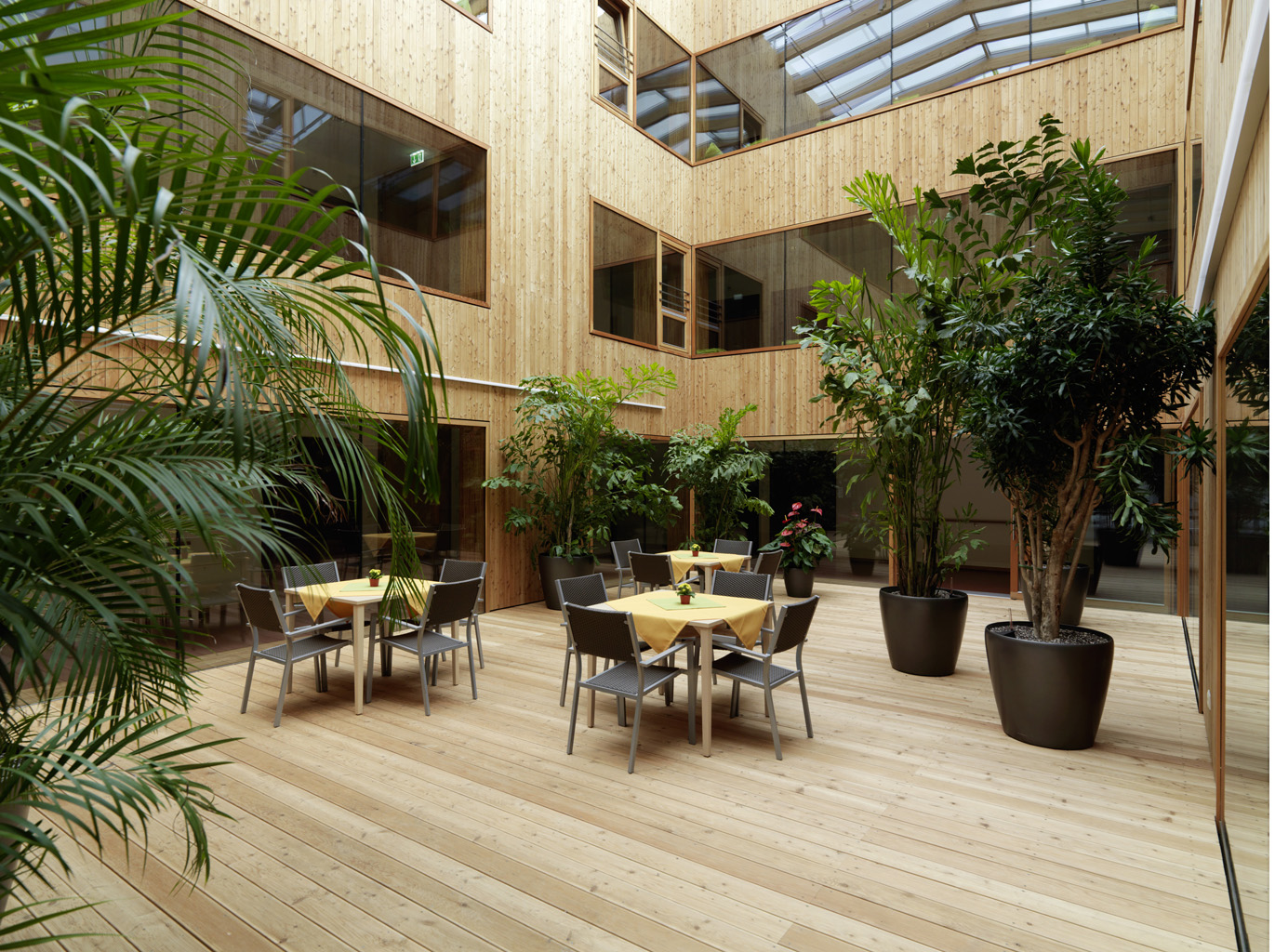 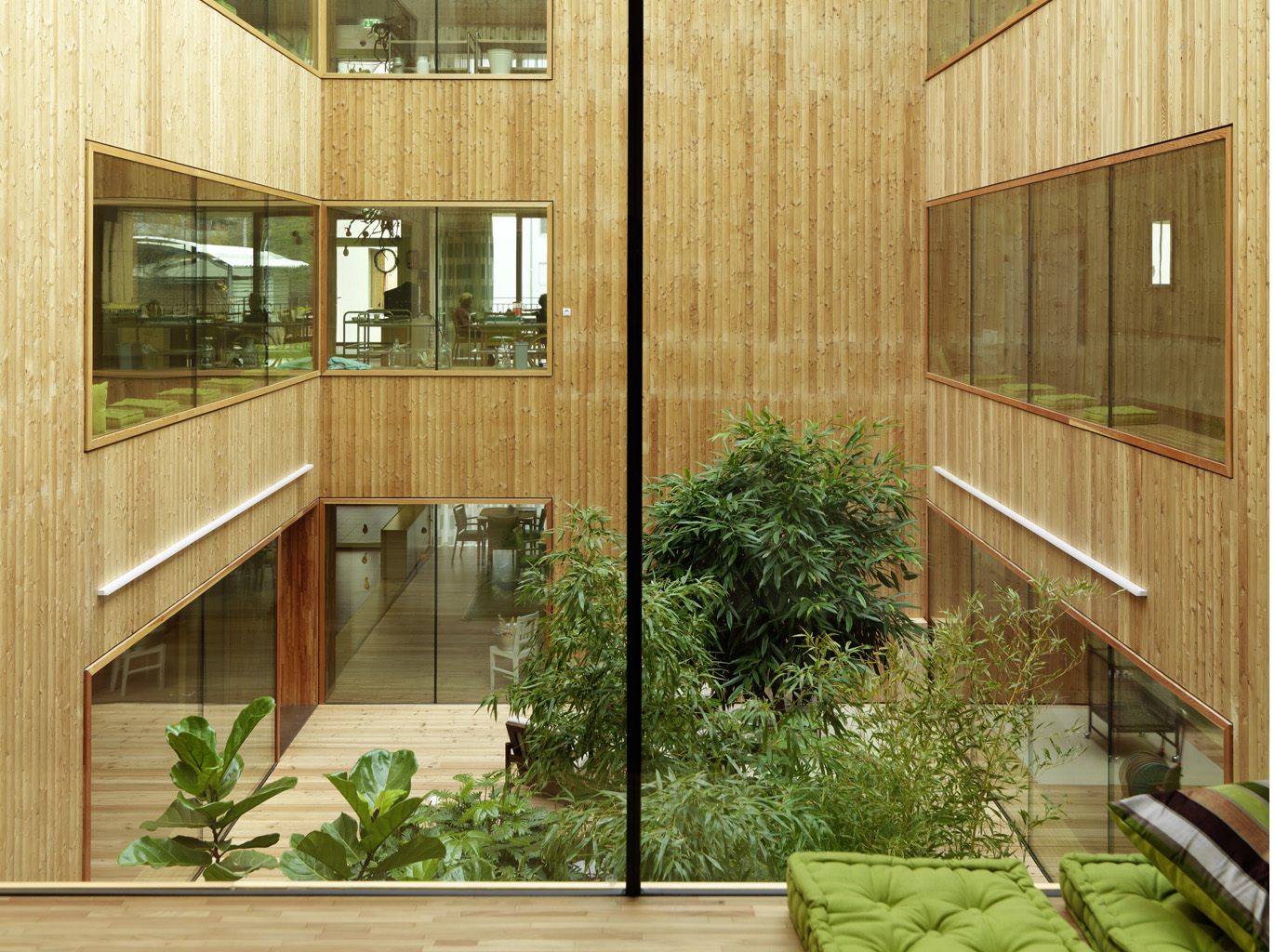 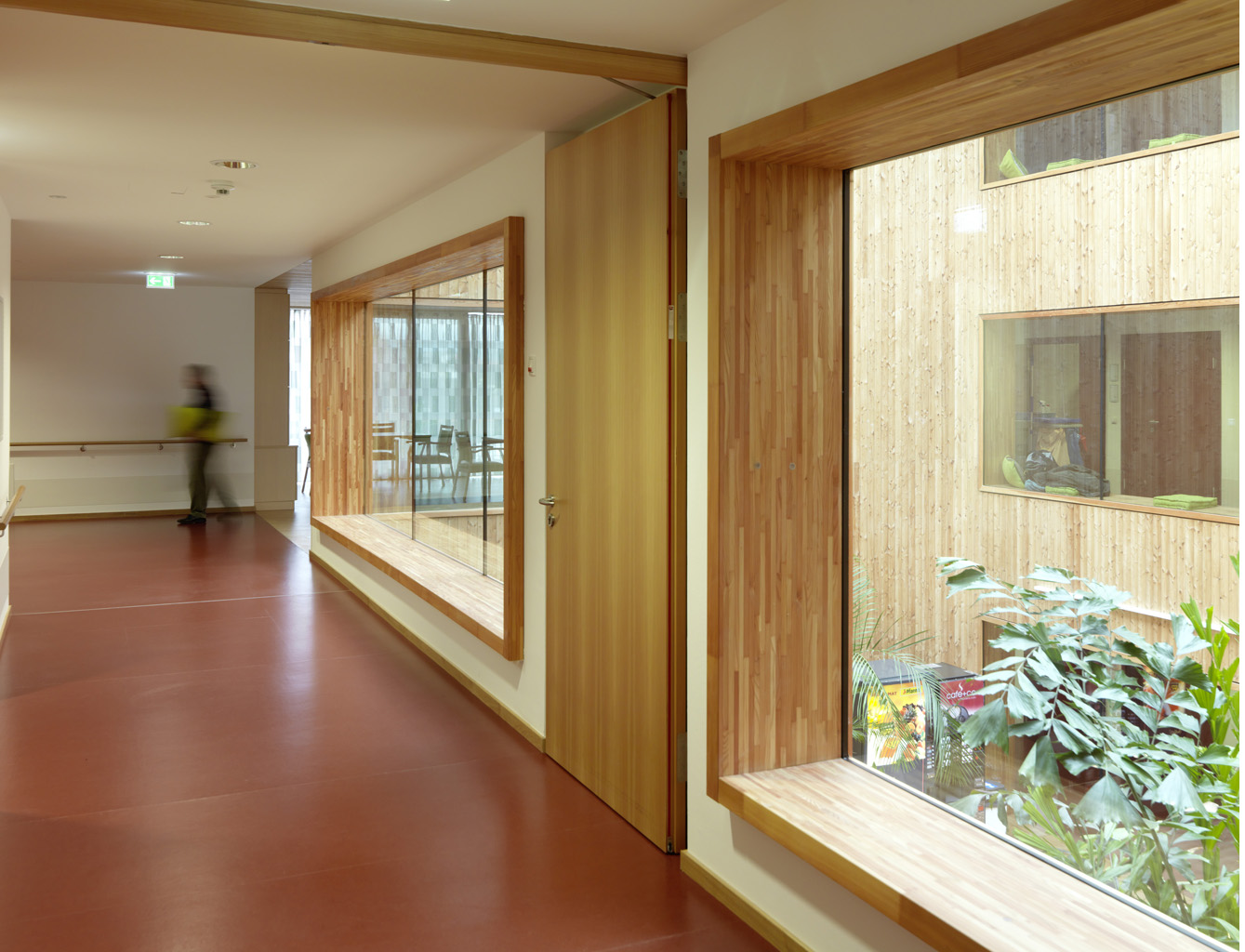 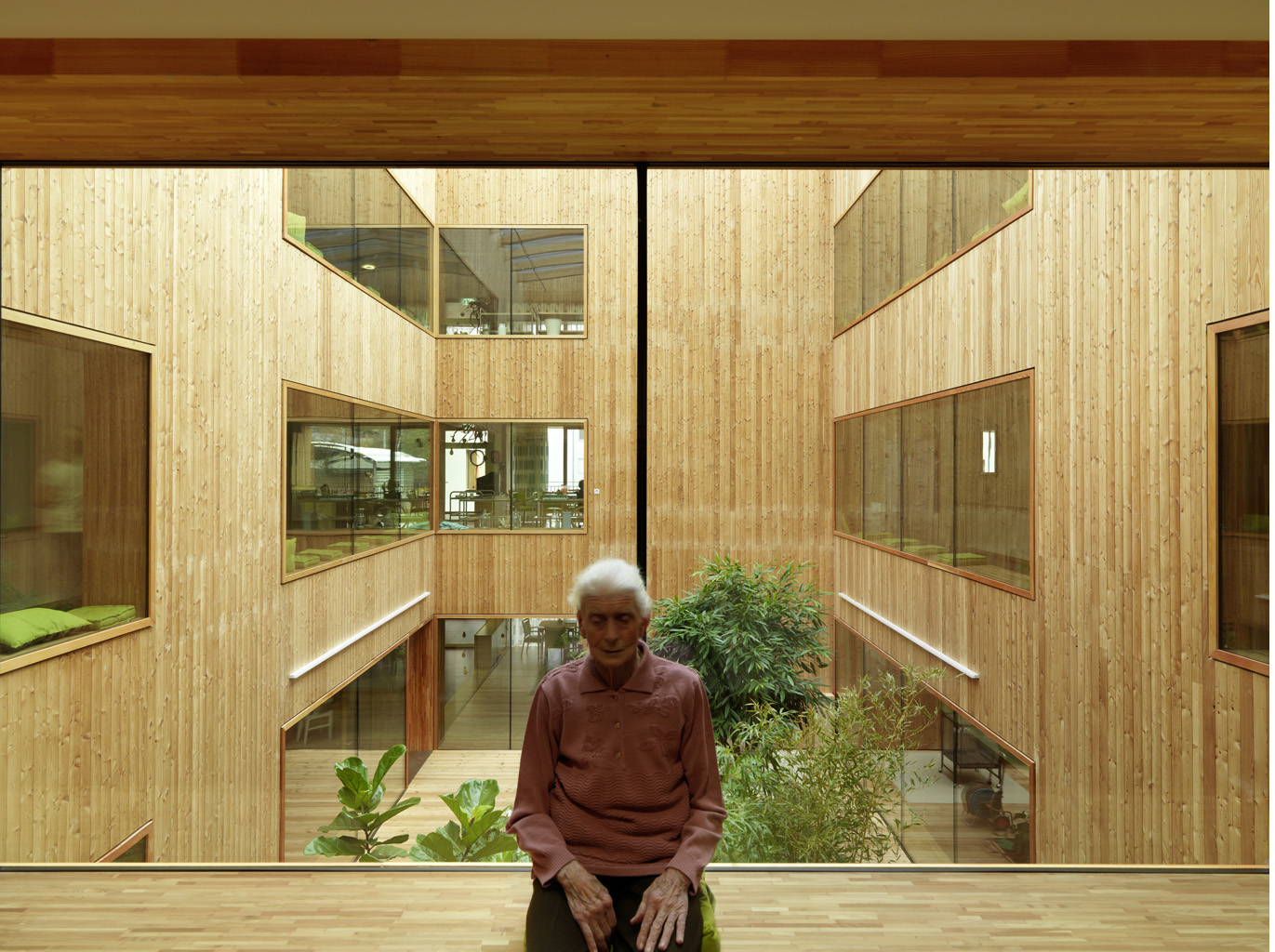 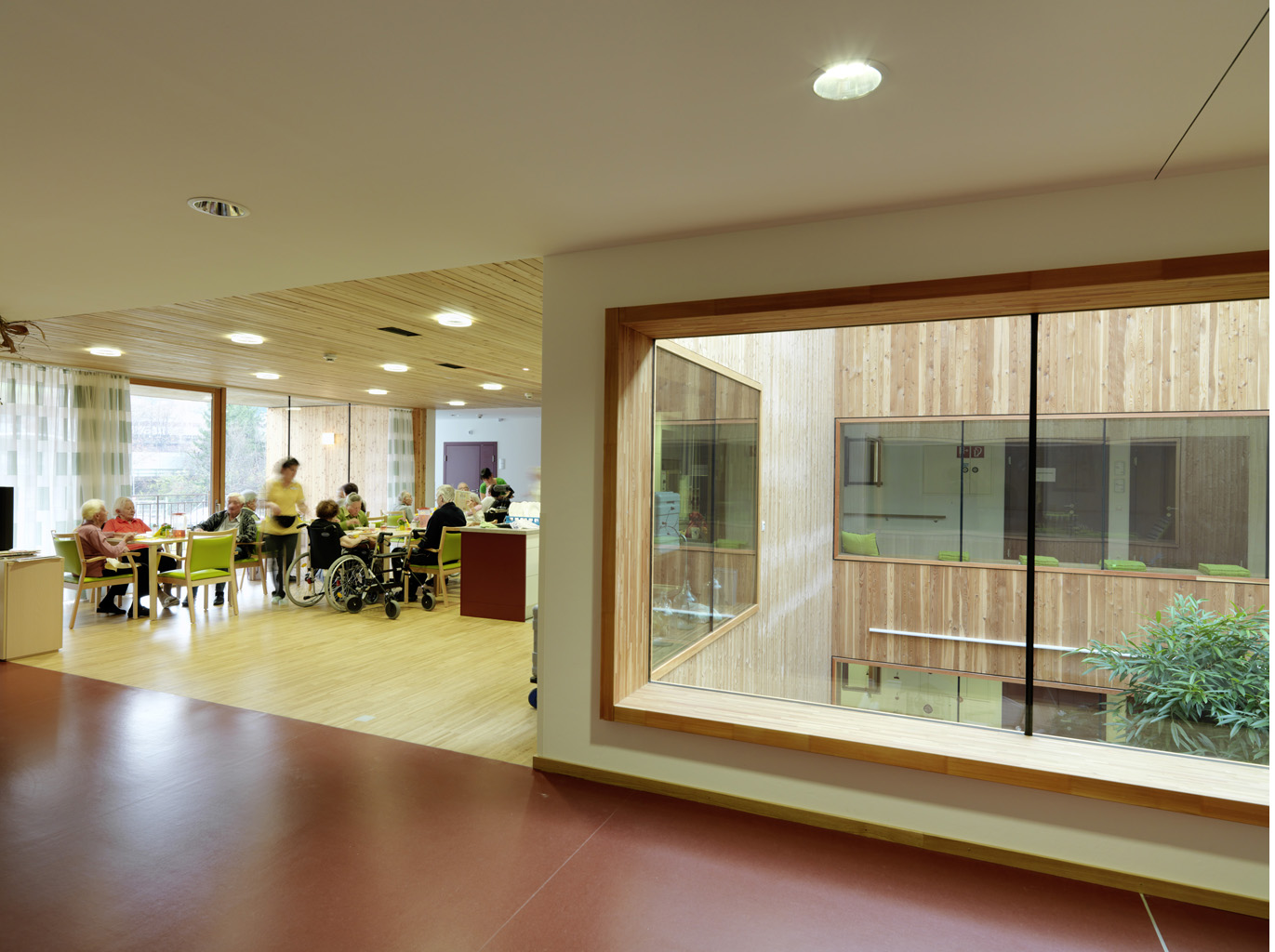 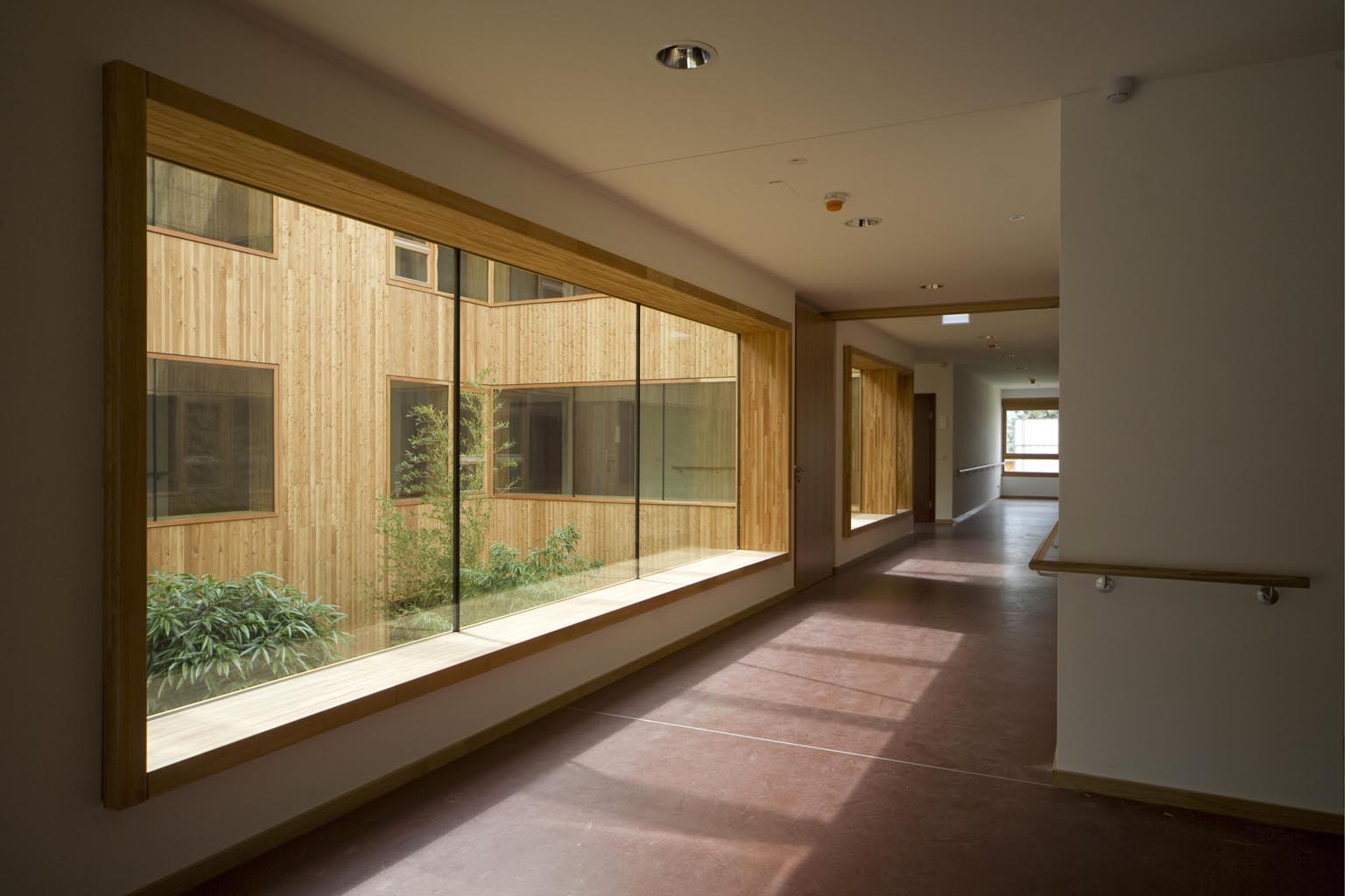