The Rudolfinum State Museum and its neighbouring buildings form an ensemble of four solitaires in the urban fabric.
The focus of the exterior design is on the development of a uniform exterior concept that aims to create a common appearance as a “cultural island” in the middle of the city. The conversion measures aim at a considerate treatment of the existing building through clear deconstruction measures and upgrading of the building by implementing a strong, identity-creating idea. The main measures involve the dismantling of all non-load-bearing, space-creating elements that were added later in order to emphasise the clear structure of the building, as well as opening up the entrance area, including adjusting the level and forming a walkway on the ground floor. In addition, the portico will be opened up to the courtyard areas as a cultural forum and the subsequently installed central wing will be removed in favour of a new festival hall. Finally, the museum will be functionally upgraded in terms of access and building services.

“The remarkable aspect of this project is the approach of covering the entire courtyard above the ground floor with a glass roof at the height of the existing eaves. (…) In addition to the fundamentally beautiful project idea of the hall space, the harmonious conception of the outdoor facilities as areas of bonded ceiling in harmonious alternation with green spaces should also be mentioned in a very positive light. Here, an island-like park is created as a carpet-like structure and base, which strengthens the significance of the four solitaires in a high-quality green space – really a strong and convincing idea, which should be given importance as a vision for future measures.”
Jury statement 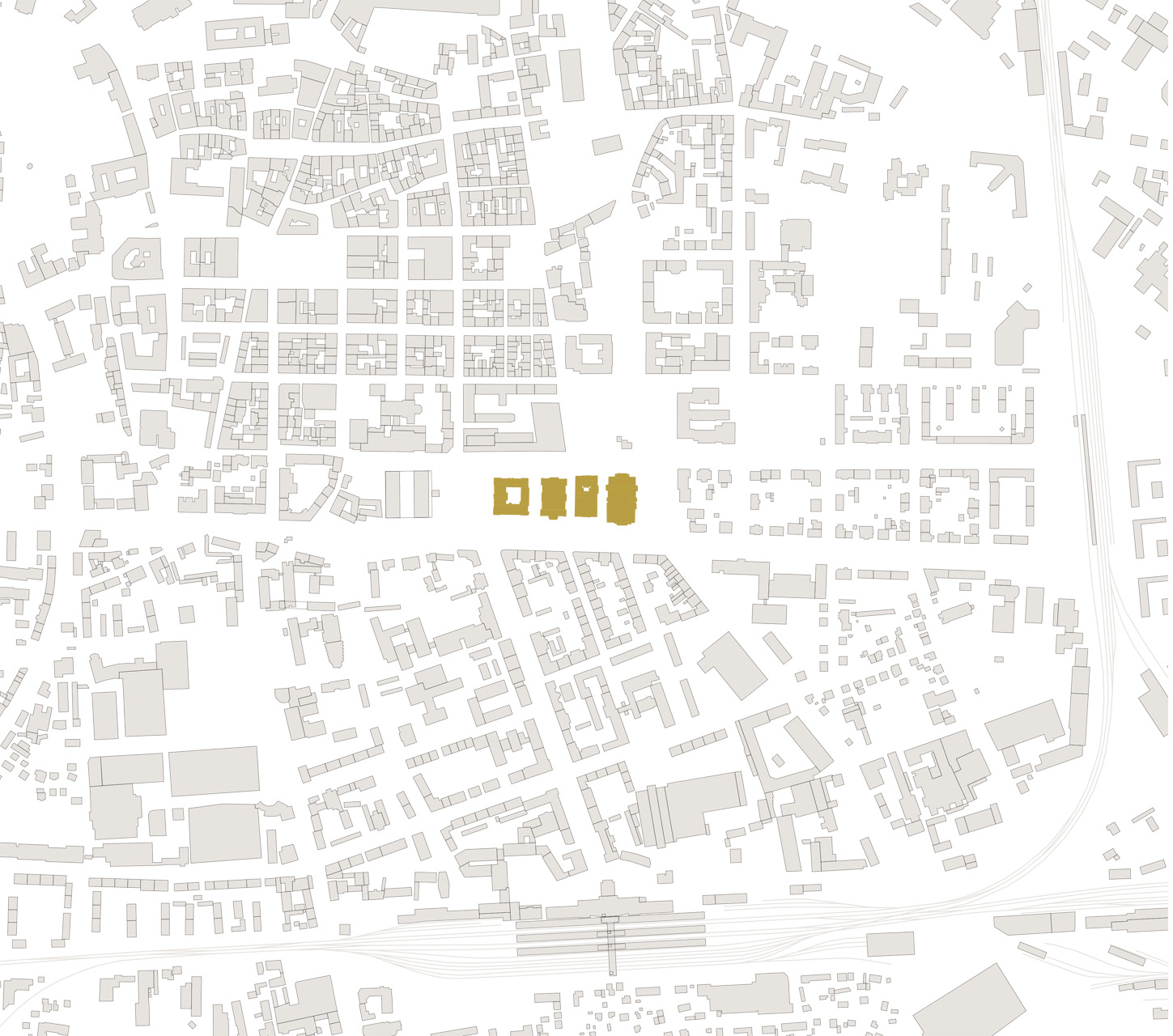