The existing state care center is being renovated by the non-profit housing and settlement cooperative Ennstal for “Volkshilfe Steiermark” and extended by an extension for a care home and a new child care facility.

Located directly next to the Murtaler state hospital Knittelfeld, the old stock of the nursing home is slightly adapted and connected to the extension by a new staircase including a bed lift. The two-storey new building comprises three shared apartments with 45 beds, a central warm-up kitchen and a general communication area on the ground floor, which functions as a central meeting point, a “village square”.
The courtyard-like structure enables a circumferential horizontal access, which gives short distances and a good overview over the floors. Elevated outdoor terraces expand the space available in the residential community association and create additional, “closed” lounge areas.

The new childcare facility will also be built as a mixed construction made of reinforced concrete and timber frame construction and will include two daycare centers and one kindergarten group.
The building is located in the north of the property and can be reached via the parking lot with a covered fetch and bring zone. The single-storey building is divided by a central central aisle zone, on which the individual functional areas are arranged. The group rooms face south to the central courtyard, side and general rooms face north. In addition to the central cloakroom, the individual group rooms also have direct exits to the garden. A spacious veranda area in front of the group rooms serves as a threshold area and additional sun protection.

The exterior facades of the new building are materialized as a wooden facade with vertical larch formwork. Generous room windows create a strong reference to the outside, which invites you to linger through parapets at seat height. Floor-to-ceiling windows serve as an exit and extend the space outside to the veranda. All roof areas are extensively landscaped.

Construction is scheduled to start in summer 2020. 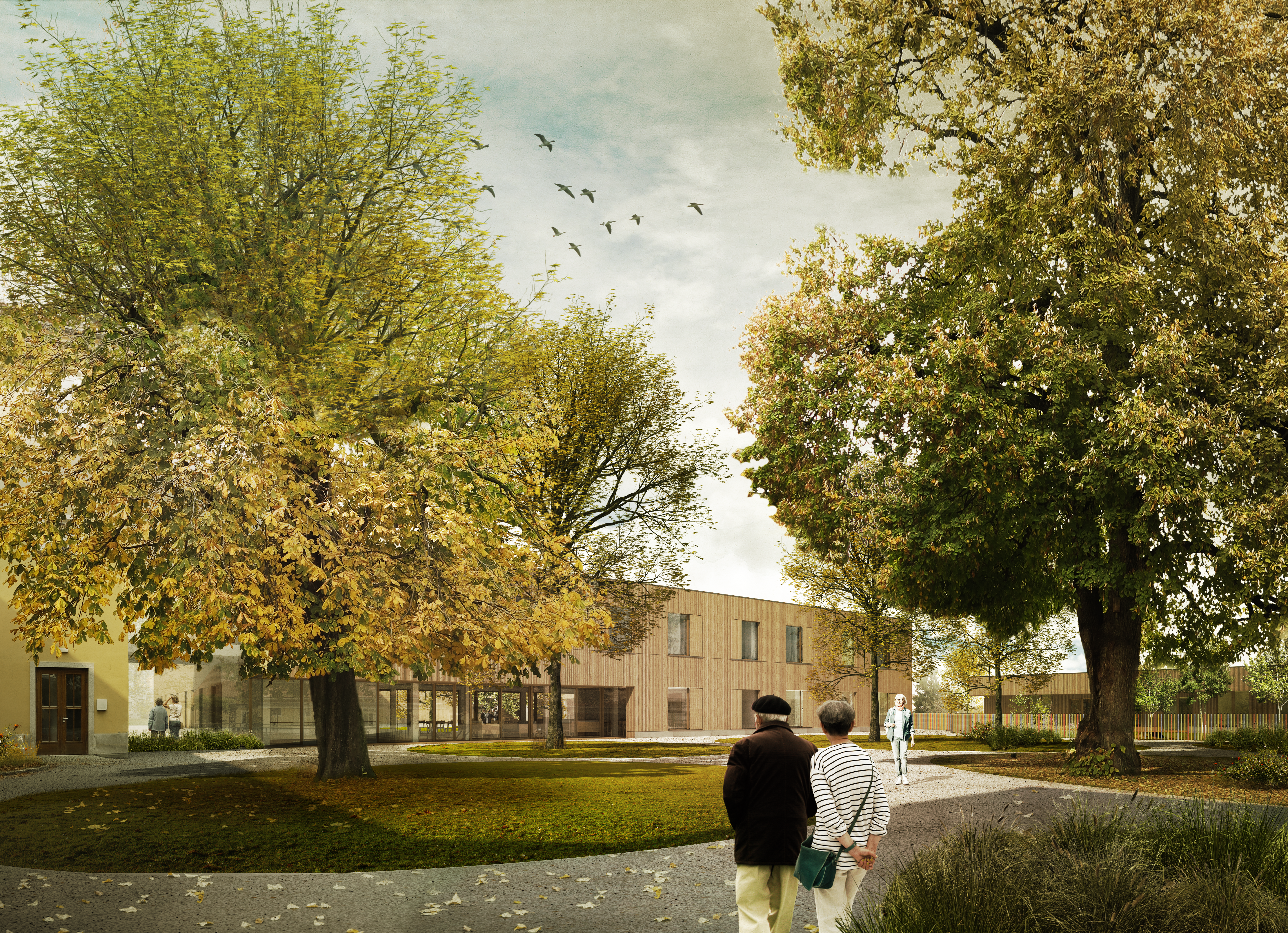 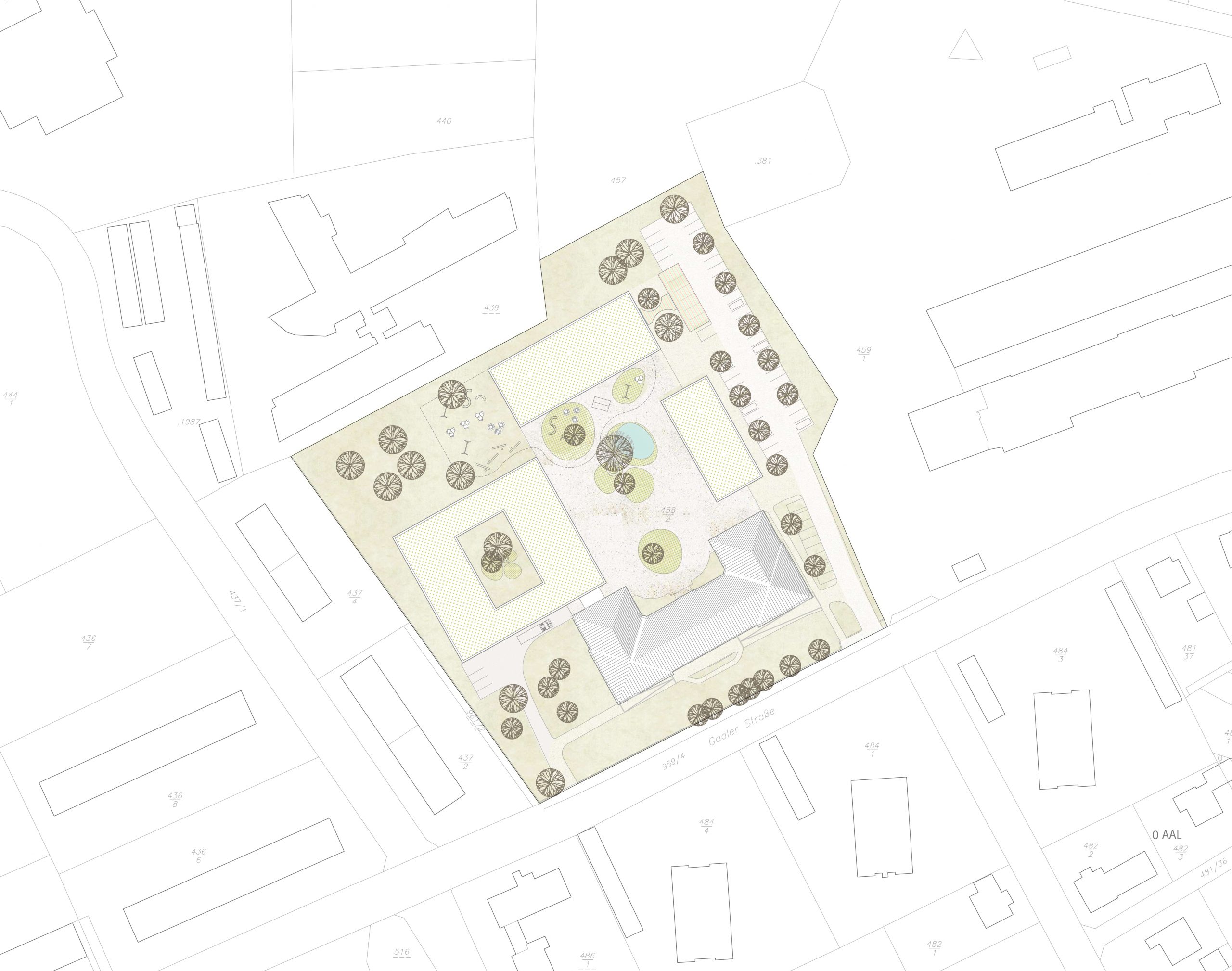 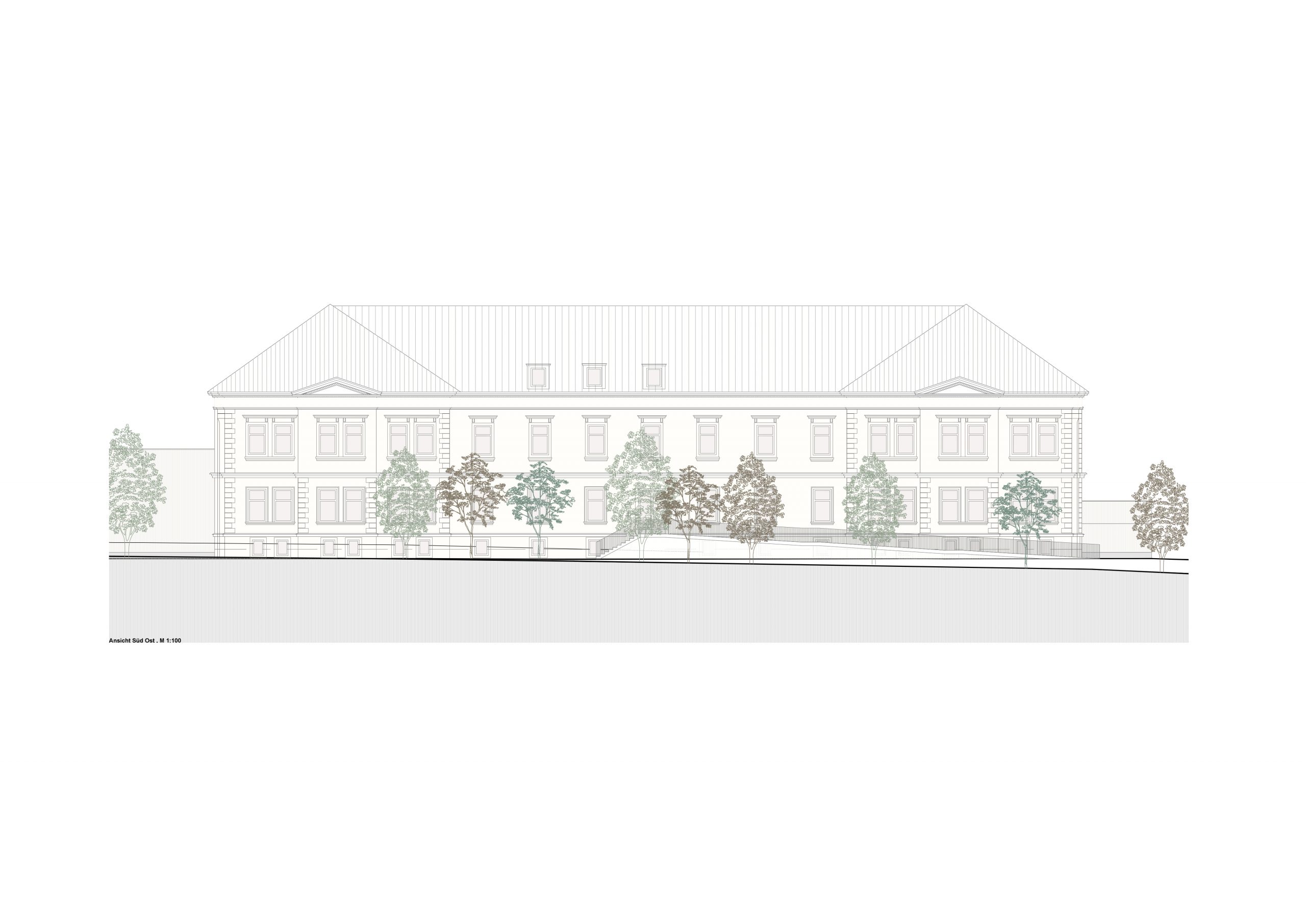 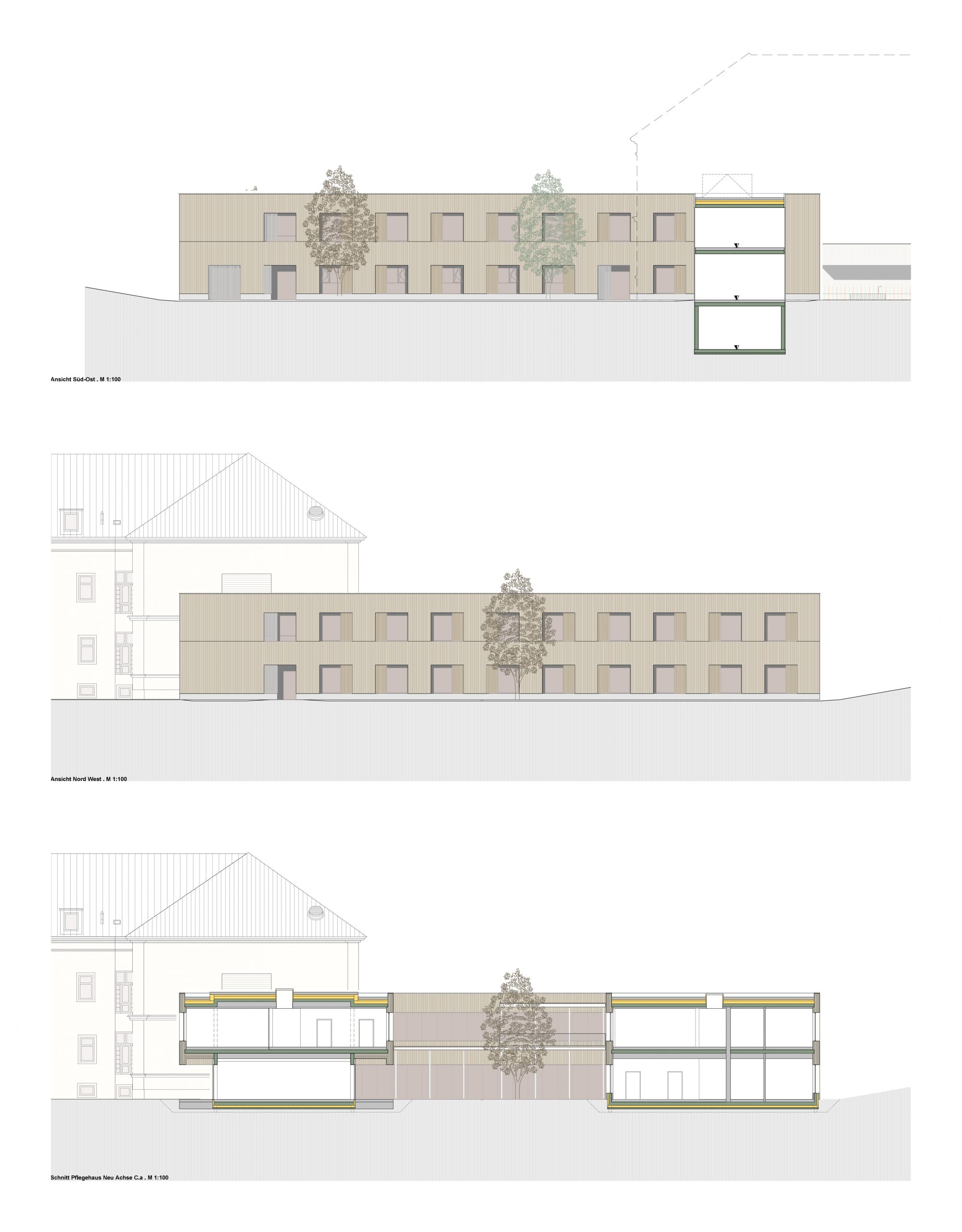 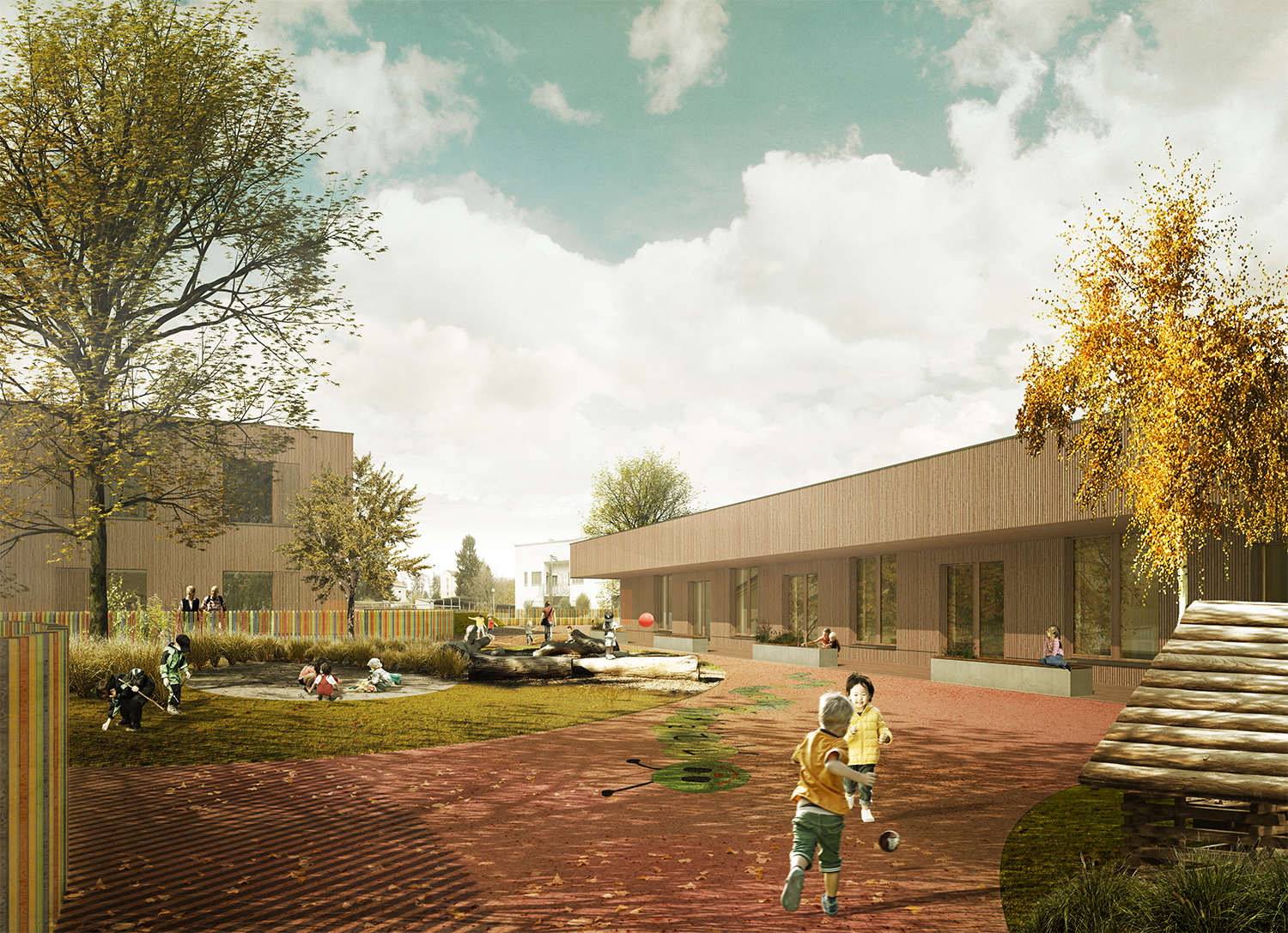 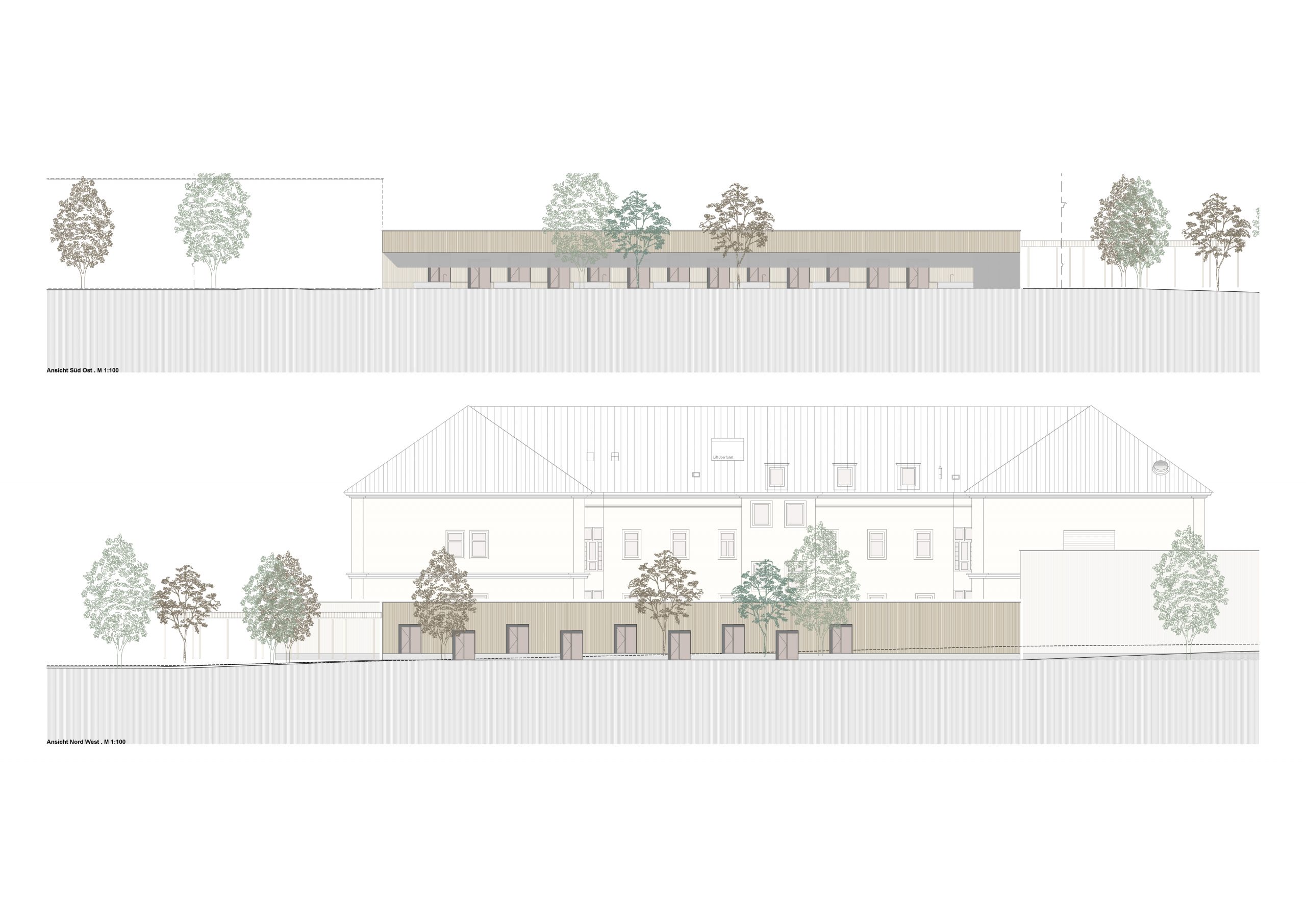