The project goes back to a Europan design won in 1999, although the framework conditions have changed in the meantime:
A new plot of land in the neighbourhood of the one originally planned for the development, a changed zoning plan and thus a higher density, as well as the construction of the underpass of the Graz South Belt and a green space concept following the route form the parameters. The site for the 174 planned flats is located on the southern periphery of Graz, at the transition from denser development to more sparsely populated zones and agricultural land. Like the Europan design, the current project follows the concept of a landscape “planted” with point houses that flow between the buildings. Only towards the busy Liebenauer Hauptstraße does a stepped bar shield the car-free settlement. The six four-storey dotted houses – one seven-storey and five five-storey – are offset from each other in such a way that, despite the high density, the impression of a loose development is created on a park-like site without delimited private gardens, and from each house there is not only a view of the neighbouring building, but also a view past it into the “distance”. This creates an urban accent in the south of the city, which until then had still been dominated by agriculture. 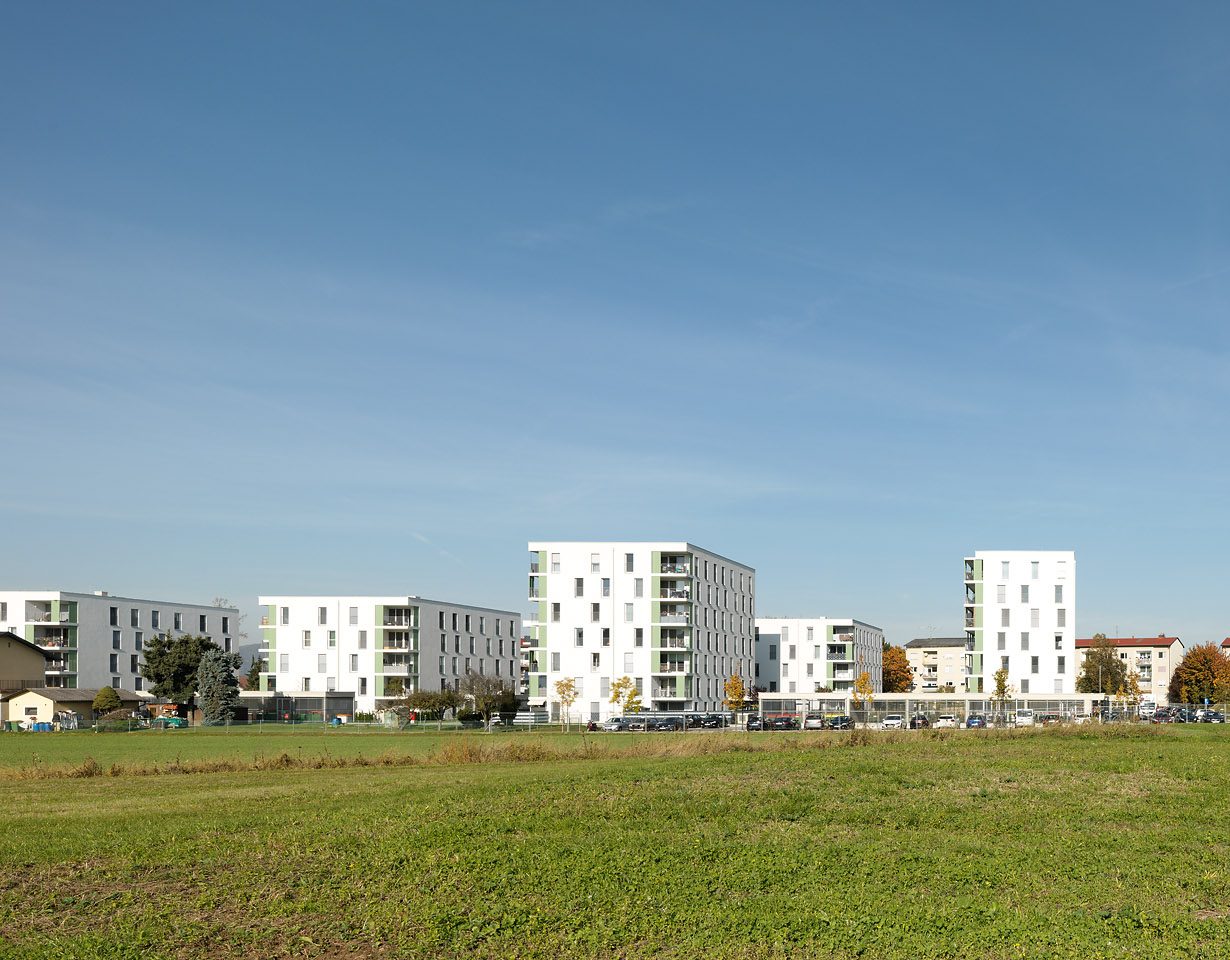 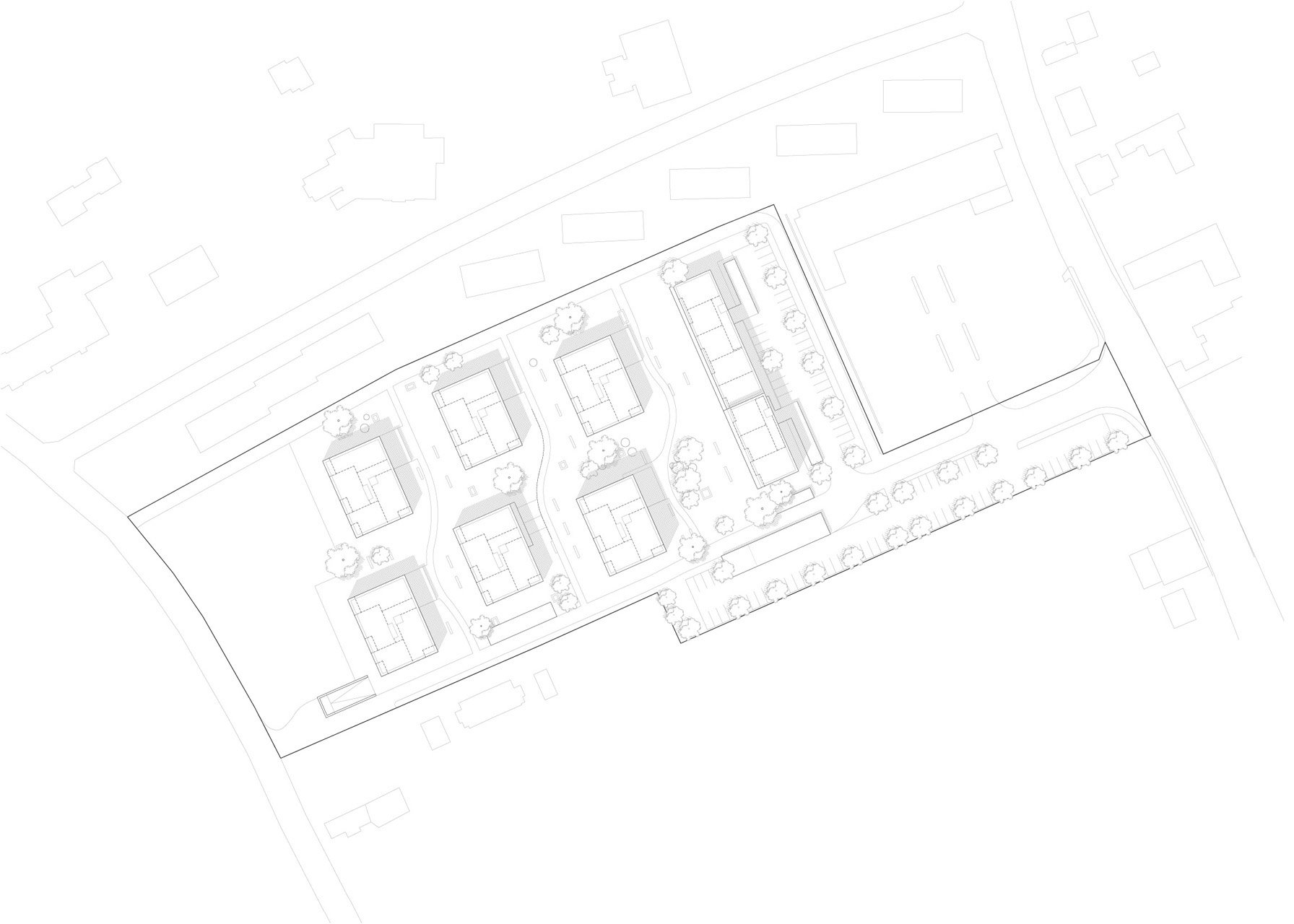 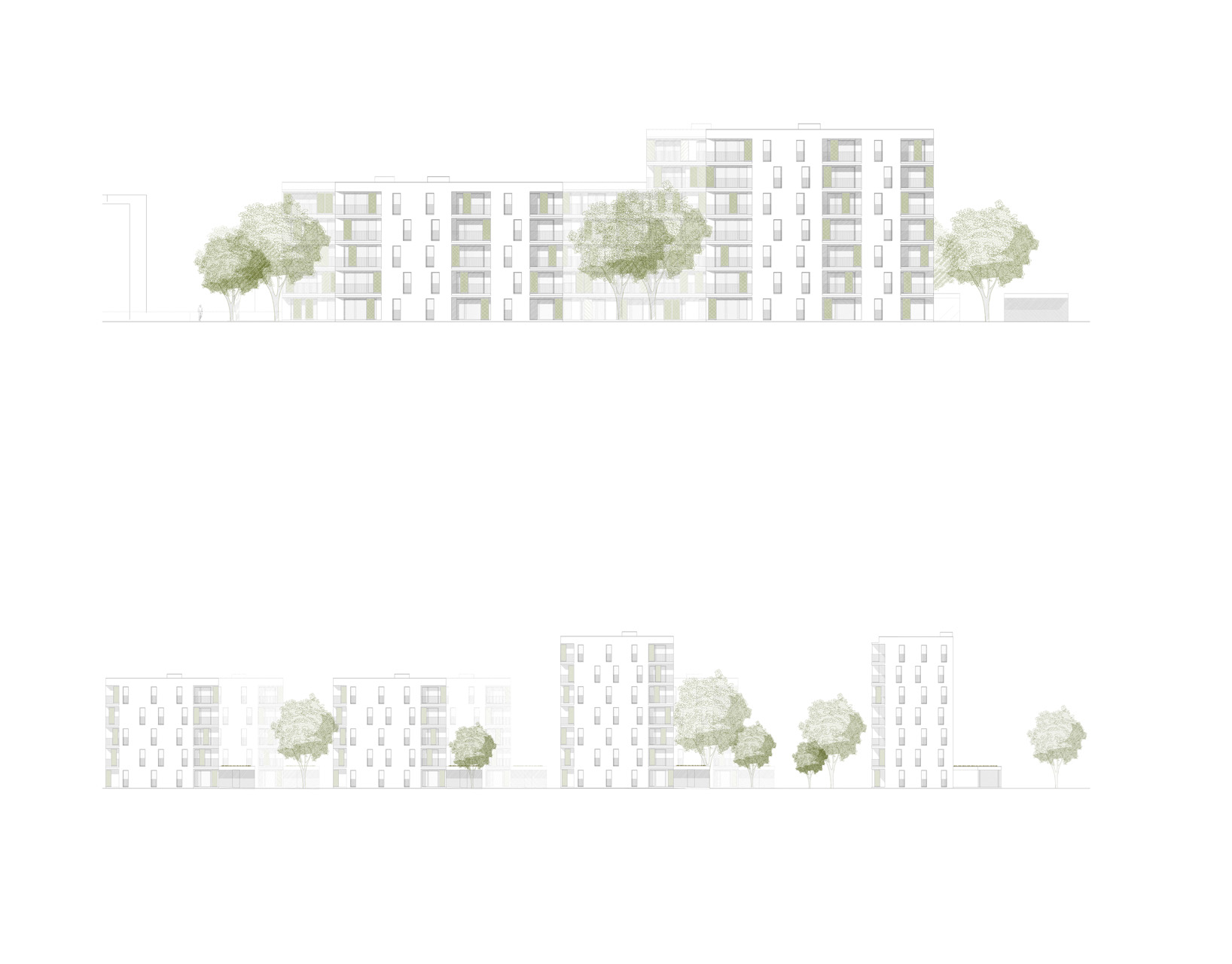